Going from a life sentence at a state prison to freedom has sometimes been a struggle for Michelle Blair, but she says it's worth it to be free. 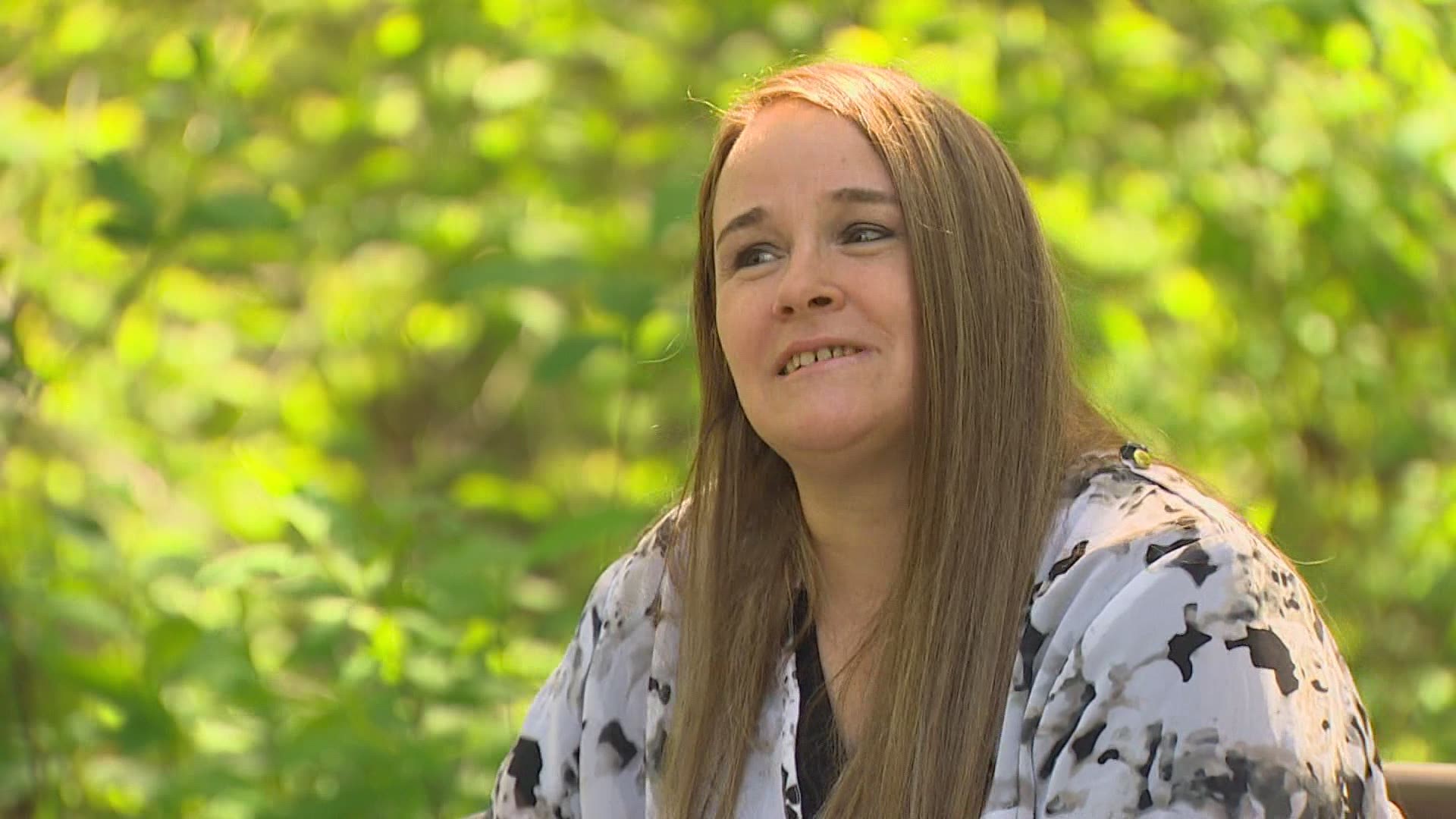 OLYMPIA, Wash. — Michelle Blair started her life over, and it hasn’t been easy.

Blair, who had been in prison since 2012 serving a life sentence, was released in March. Since then she got COVID-19, dropped out of Pierce College, and has slept in her truck.

“It’s been extremely hard,” Blair said. “I really thought that there would be more help for somebody getting out of prison.”

A judge ordered the release of Blair earlier this year after determining she should not have been given a life sentence under the state’s "three strikes” law.

In 1993 voters overwhelmingly approved an initiative requiring life sentences for anyone convicted of three qualifying felonies.

A Spokane County judge ruled Blair should not have been charged as an adult for her first “strike” offense.

Blair has faced challenges since her release.

Blair was not able to find work, so she found herself sleeping in her truck and on the couches of friends and family. She also caught COVID-19 and had to stop taking business classes at the college.

Struggling to find work and a job had Blair thinking about returning to the troubles of her past, drugs and crime. But she resisted.

"It was when I was driving around in my truck and had nowhere to go," said Blair. “But I prayed, I prayed and I, I have a very strong faith and I know that God is going to just get me through this. And so I'm not giving up.”

But she thinks her luck is about to change. After applying for several jobs, she starts a job at PetSmart this month. She plans on using some of the skills she learned grooming and training dogs while in prison.

“There's just some companies that are willing to give people second chances. And then there's other companies that don't want to take that risk,” said Blair.

There could be as many as 100 other state inmates serving life sentences who are given a second chance at freedom thanks to a recently passed law.

Senate Bill 5164 eliminates Robbery 2, typically a robbery without injury or use of a weapon, from the list of crimes considered “strike offenses.”

A similar bill eliminated the crime two years ago, but only for future offenders.

SB 5164 makes the change retroactive, requiring the 100-plus offenders serving life sentences based on at least one Robbery 2 conviction get re-sentenced.

It’s not clear how many will be released, said bill sponsor Sen. Jeannie Darneille, D-Tacoma.

She said the legislature’s willingness to scale back the “three strikes” law shows society is changing its attitudes about crime and punishment, versus rehabilitation.

"We are beating down a person that we have the opportunity to build up," said Darneille.

After Blair finds a place to live on her own, she plans on returning to college. She wants to open her own dog grooming business, building on skills she learned in prison.

While being out has sometimes been hard, Blair said it's still better than being locked up.

"I will go through this struggle every day, as long as I never go back to prison. And I'm fine with that," Blair said.