Woman considered a ‘lifer’ released from prison, could be first of many in Washington

Michelle Blair was serving life without parole under the state's "Three Strikes" law. Lawmakers are considering changes to that voter-approved law. 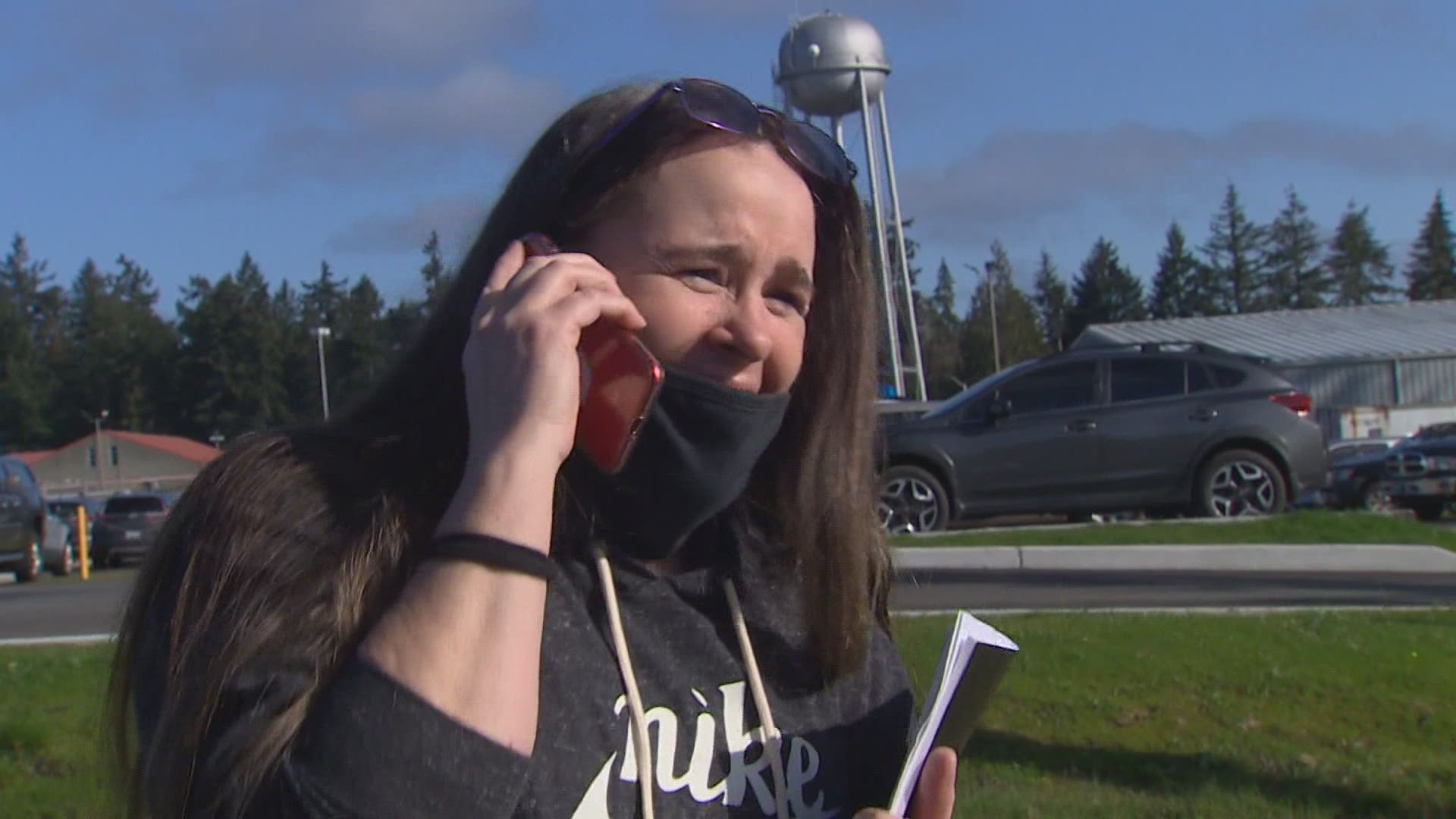 GIG HARBOR, Wash. — Michelle Blair did something Monday she never thought she’d be able to do. Blair, who had been serving a life sentence under the state's "Three Strikes" law, walked out of the Washington Corrections Center for Women in Gig Harbor.

Blair may not be the last so-called “lifer” sentenced under the state’s “Three Strikes” law to be released from state custody in 2021. Lawmakers are considering changes to the guidelines of the 1993 voter-approved initiative that could release more than 60 people.

Blair, though, was released by a judge. Blair was sentenced to life without the possibility of parole in 2012, following her third felony conviction. Earlier this year, a judge ruled she should not have been charged as an adult for her first felony robbery conviction — when she was 16 in 1988.

“I’m overwhelmed,” Blair said. She blames being abused and sexually trafficked as a child for her long criminal career and drug use.

Blair had also pinned her hopes on changes to the law that is moving through the legislature this year.

One of her convictions is a robbery in the second degree, a crime where no weapons were used, or no one was injured.

State lawmakers voted in 2019 to take second-degree robbery off the list of “strike” offenses — but only for future convictions. This year, a bill proposes making the same change to the guidelines for those previously convicted of that offense.

Bill sponsor Sen. Jeannie Darnielle, D-Tacoma, expects it to pass this year, potentially leading to the release of more than 60 offenders sentenced to life because of a robbery in the second-degree conviction.

But Republicans are arguing against changing the law passed overwhelmingly by voters.

“We understand if somebody makes a major mistake once we even understand if it's twice,” said Sen. Mike Padden, R-Spokane Valley, “But if it's certain serious offenses, then on the third time, they should receive life in prison.”

“I pray that it passes,” Blair said. “That would be so incredible.”

Blair said she will work to get that bill passed for others serving life sentences.