The principal at King's High School and another former student are speaking out about accusations of anti-gay policies and teachings. 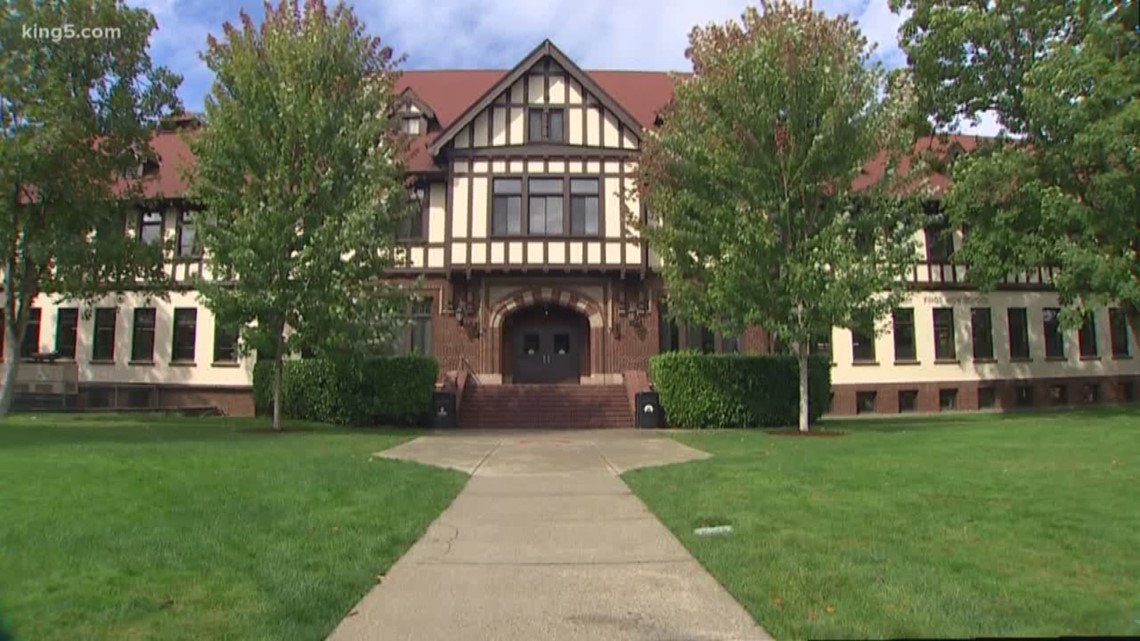 SHORELINE, Wash. — The principal of King's High School and a 2016 graduate are defending accusations of discriminatory policies and teachings.

Two former students told KING 5 on Monday that King's Schools were not a "safe place" for LGBTQ students. They said some students and staff left over the policies.

But Caleb Ness, who graduated from King's in 2016, has a different perspective. He's been closely following the recent controversy on campus.

"What I specifically wanted to say is, I undersdtand why students are feeling unsafe, especially as far as LGBTQ goes. I understand," said Ness. "When I was going through high school, I had a period of time when I was questioning myself, whether I was straight or gay."

Ness said he is sharing his story because he found teachers on campus who genuinely care.

"The teachers at King's are what really counts. I know so many teachers who don't care about your sexuality. What they care about is you, how you are doing," said Ness.

According to Graff, the school's Bible curriculum teaches that being gay is unnatural.

"If I was told I was unnatural, I'd feel less than human," Graff said.

"I came out this past June," said Crispeno. "This is an issue that needs to be looked at. Students are struggling. Students are hurting."

"According to Scripture, our school would teach that God designed human sexuality to be reserved for one man and one woman in marriage," Ruhlman explained.

Ruhlman said everyone is welcome at King's Schools.

"We are honored to have kids of any background, and kids that consider themselves gay in our community are loved and treasured," said Ruhlman. "I have 460 students at this school, and I consider each of them, in many ways, my own children. So to hear that they feel, any student feels, unsafe just breaks my heart."

As for Ness, he understands students have had different experiences at King's Schools. He just wants to make sure his is heard, too.