Former students are raising concerns about policies at King's Schools, a private Christian campus in Shoreline. 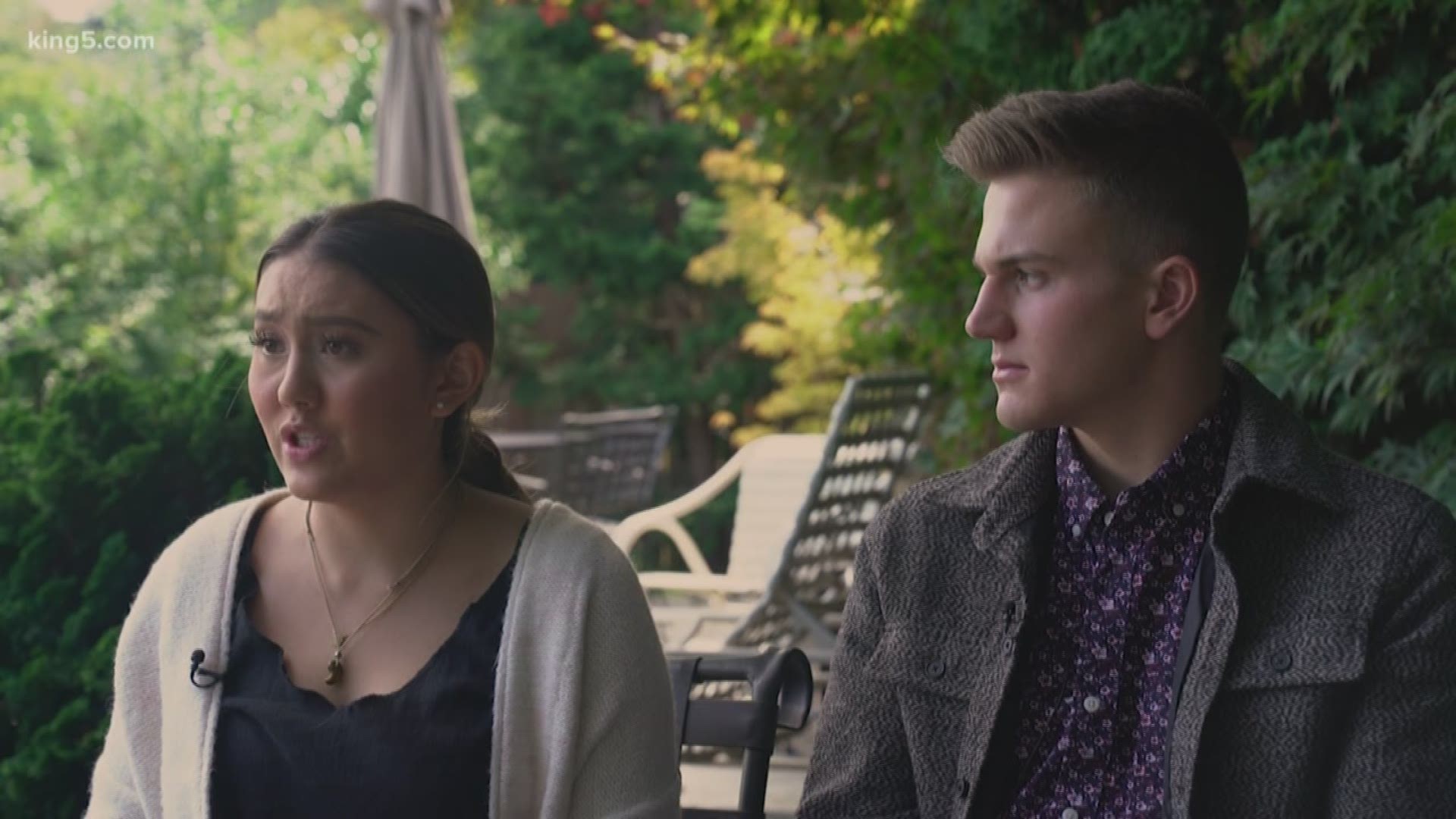 SHORELINE, Wash. — The policies and teachings at a private Christian school in Shoreline are being referred to by some former students and staff as anti-gay.

After The Seattle Times reported about King's Schools last week, Shoreline City Council candidate David Chen, who served as general counsel for the school, resigned. Chen decided to leave after trying — and failing — to advocate for LGBTQ+ students, according to The Times.

Some teachers have also left.

"Initially, I had really close LGBTQ friends at King's who would come to me just feeling so unsafe and so unseen at school, and that's when I felt the need to engage in a letter-writing campaign," Graff explained.

The campaign started on a campus Colby Crispeno knows well.

"I started in Pre-K, and I kept going throughout elementary school and junior high and then high school. Then I left at the end of sophomore year when I came out to my parents. We realized as a family that this is not a safe place," said Crispeno.

In a letter sent to King's Schools families, the school stated that King's upholds the historical Biblical standard of morality that sexual expression is confined within the marriage of one man and one woman.

Graff and Crispeno say that is what students are taught.

"Especially, when you adopt Bible curriculum for your 11th grade Bible class that says being gay is unnatural. If I was told I was unnatural I would feel less than human," said Graff.

Her goal was for teachers to read the letters.

"Some of the teachers who got involved in my letter-writing campaign were asked to leave (the school)," said Graff.

CRISTA Ministries runs King's Schools, and declined our request for an interview, but provided this statement:

"Since 1949, the ministries of CRISTA have been serving the needs of the world with the Gospel of Jesus Christ, and our positions have remained consistent. We have and will continue to serve all people."

However, Crispeno sees it differently.