The flyers depicted Kathy Lambert's challenger Sarah Perry as a puppet controlled by Councilmember Girmay Zahilay, who said his image was used because of his race. 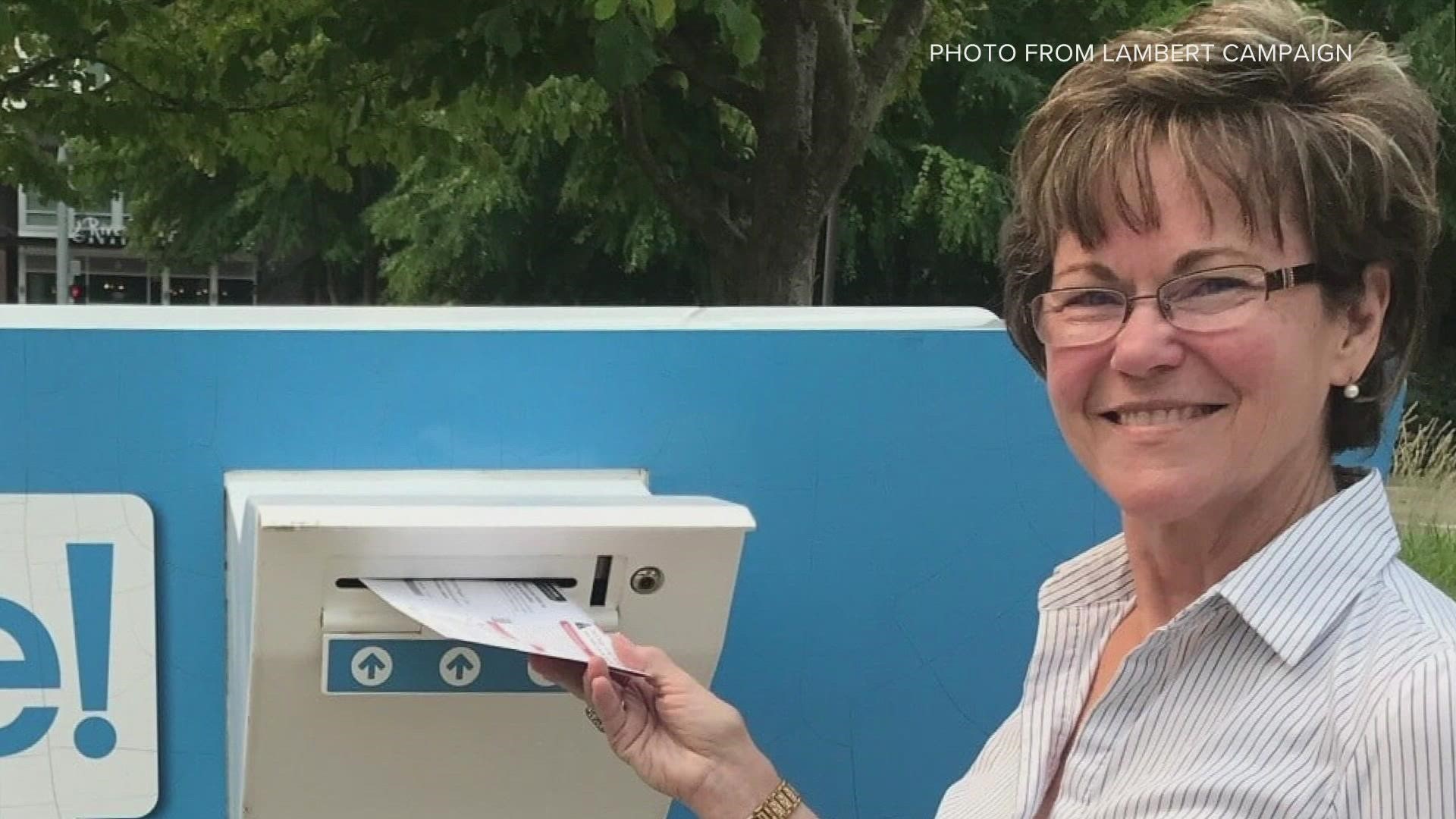 "I need to apologize for the harm that the flyer has caused to Councilmember Zahilay, my colleagues, the public I have long worked for and appreciate and to my family. My dedication and heart are not to hurt, but to serve," Lambert said in a statement.

"This message is certainly not what was intended," Lambert continued in her statement Friday. "I have terminated my consultant's contract and look forward to moving ahead in a more positive direction."

Lambert claimed the flyers were designed to highlight the difference between her and her opponent. But Zahilay argued others on the county council besides him have endorsed Perry and believes his photo was included because of his race.

"It's not a new strategy to point to the only Black elected official with a foreign-sounding name to fearmonger," Zahilay told KING 5 in an interview this week.

Both Zahilay and Perry also said they are not socialists.

When asked about the mailers, Lambert denied the allegations, saying, "Preposterous. I do a lot of work in Africa, so if I had something against him because of his color I wouldn't be doing the work I do in Africa."

But the councilmember changed her tone Friday after multiple organizations announced they pulled their campaign endorsements.

Lambert's statement continued, "I want to continue to focus on the good ahead as well as the great work we have done together over the last twenty years. Again, I am very sorry."

Zahilay told KING 5 Friday he does not accept Lambert's apology.

“I don't accept her apology. I don't think it's a genuine apology. As recently as this morning, if you have checked her Facebook, she was doubling down, tripling down, and defending her actions, saying that she, in fact, is the victim of this whole ordeal," Zahilay said. "This late apology, just a couple hours later, after she was defending herself again, seems like she's doing it because she lost money and endorsements and not because she truly has learned a lesson or is apologetic.”

On Friday, the Washington Realtors announced the Seattle King County Realtors Board voted to rescind its endorsement for Lambert.

"As a policy, Washington REALTORS® hold our endorsed candidates for elected office to a high standard of respect for all people in the community and have zero tolerance for any expression of racism or discrimination," Washington Realtors tweeted in a statement, Friday.

"The campaign’s use of offensive & inappropriate imagery fell far short of this standard. We condemn the mail piece, support Seattle King County REALTORS® decision to rescind their endorsement, & call on the Lambert campaign to return the contribution our PAC made to her campaign."

The Seattle Times Editorial Board has also taken back its endorsement for Lambert following her "serious lack of judgment in deciding to greenlight offensive and inaccurate campaign literature."

Thank you @washrealtors for doing the right thing and rescinding your endorsement of CM Lambert.

Lambert has served on the King County Council for 20 years. The August primary hinted at a close race with Perry. Lambert gathered 40% of the primary vote and Perry got 36%.