“We really want to showcase what Black brilliance looks like,” organizer TraeAnna Holiday said. "Juneteenth is a marker of that excellence." 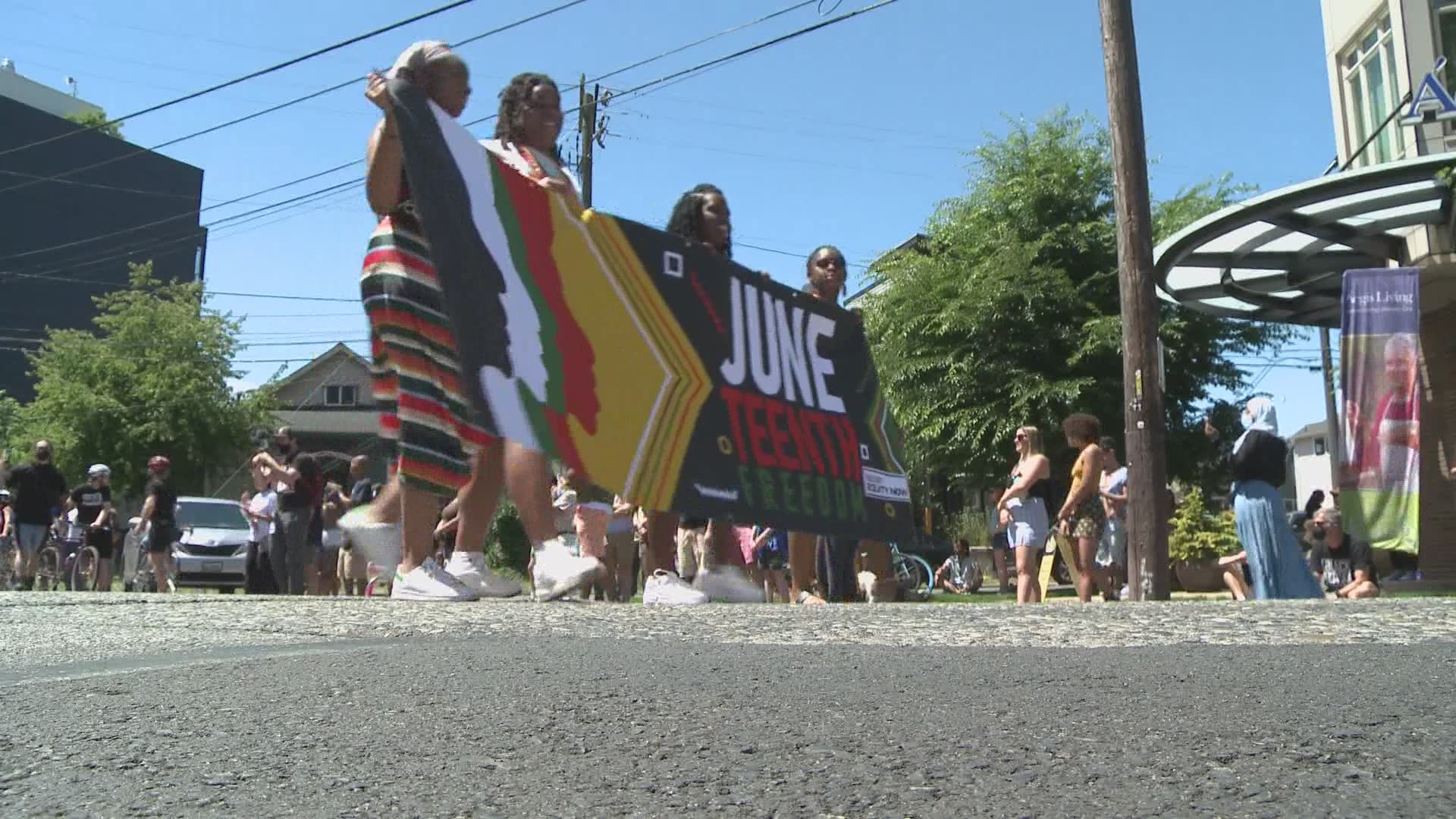 SEATTLE — Seattle commemorated Juneteenth with events all over the city, including a march sponsored by King County Equity Now and Africatown Community Land Trust that went through Seattle's Central District and ended with a gathering at Jimi Hendrix Park.

The event started with a march that featured drill teams and drum lines.

“We really want to showcase what Black brilliance looks like,” organizer TraeAnna Holiday said.  “What Black resilience looks like, Juneneteenth is a marker of that excellence.”

The event started near 23rd and Madison included a large group of allies who walked quietly behind.

The group took time to remember Decharlene Williams and her Central District activism.  Before it was ever a federal holiday, Juneteenth was recognized in the neighborhood.

Philip Miller grew up in the area and remembers those days. “I'm a native, I was here when this was redlined,” he said.

He watched the Juneteenth March and appreciates the support.

“It makes me feel encouraged because there's a multicultural thing going on,” he explained.

He wants to see more help for minority-owned businesses here. “The bells and whistles are fine and everything but the bottom line is if you don't have a certain number of contracts allocated to the black community there's no money,” Miller said.

Organizers said they're proud of the change they've seen in Washington state including some police reform bills that were signed into law. They said they're grateful to have a day to celebrate but there's still change that needs to happen.

“We cannot rest on the whims of what we have right now. It's like we have to celebrate but we have to continue to press,” Holiday explained.