Community organizers celebrated Juneteenth in Tacoma, while also demanding justice for those who lost their lives through police misconduct. 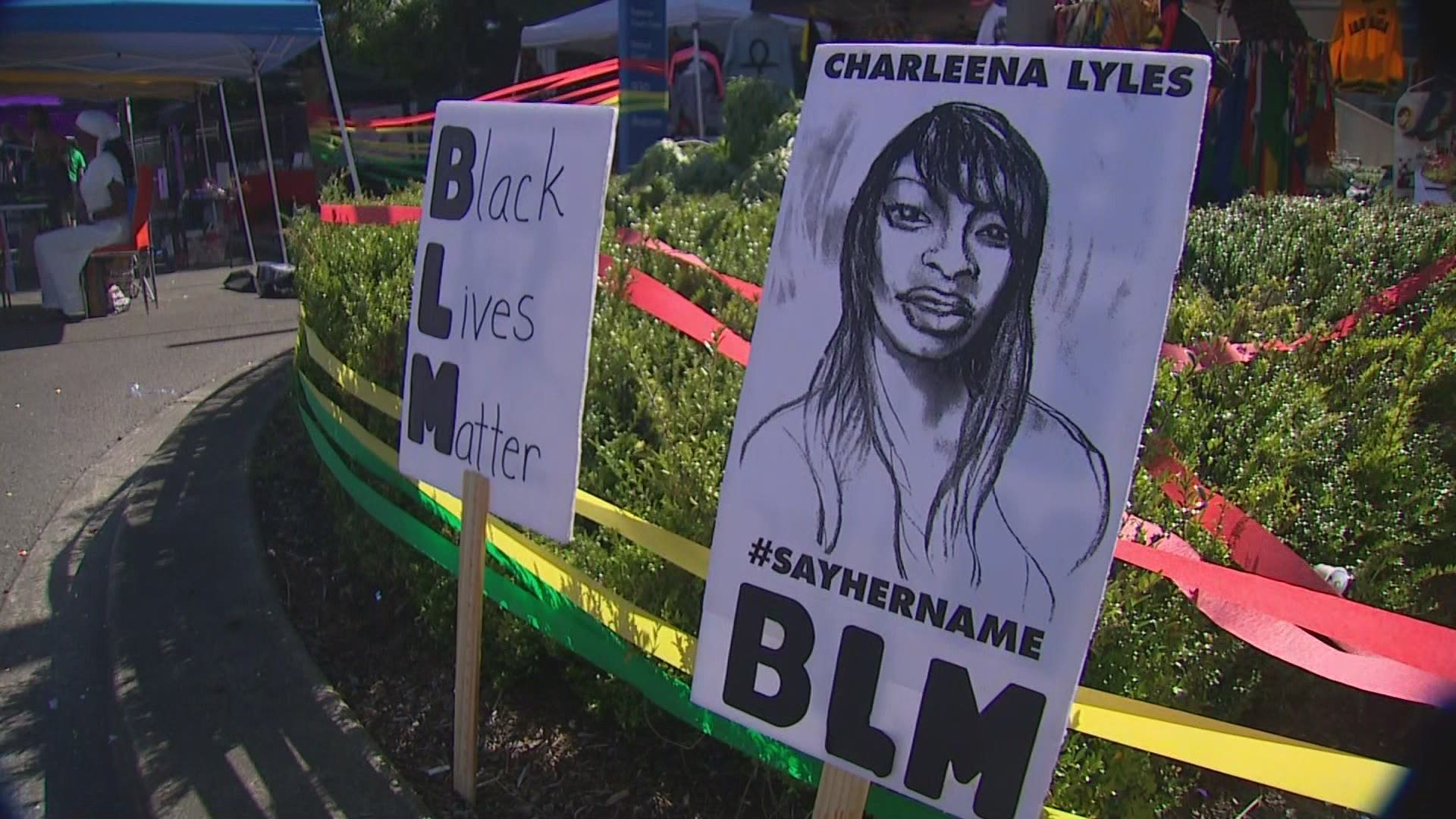 TACOMA, Wash. — Juneteenth celebrations kicked off on a high note with a festival held in the middle of downtown Tacoma Friday, complete with food, music and even a bouncy castle.

But the festival held another goal: to hold police accountable in Pierce County, and Washington as a whole.

Charleena’s family, who were in Tacoma for the event, said they’re tired of waiting for justice, and the time passed since Charleena’s death has only added to their frustration.

“My feelings are just more intense, because why is it taking so long for them to come to justice?” asked Charles Lyles, Chaleena’s father. “When she let them in the house, and they killed her within two minutes they were in the house….I just want justice!”

Incidents of police misconduct have some people looking for alternatives when it comes to law enforcement. The Black Panther Party’s Tacoma chapter said they can provide that.

“One of the many things we noticed is people always say how safe they feel when we’re around, but I don’t really hear that when the police are present,” said Seven, the minister of Defense for the Black Panther Party in Tacoma. “Most people feel uneasy when the police are around.”

The Panthers provided security for the event Friday, saying their connection to the community makes them an alternative some people feel comfortable with.

“By us doing this, we’re showing the community that we have the ability to defend ourselves and take care of their own community without having to call in outsiders who don’t know anything about where they’re from,” Seven said.

People at the event echoed those sentiments, saying that they do feel safer with the Panthers nearby because of the connection to the community, which is vital when something happens in the neighborhood.

“They’re from our community. So that’s really a straightforward bond and a bridge, between the community and them,” said Leslie Tramble, who attended the festival.

“They’re willing to help set up a table, they’re willing to help out. They’re here for us and that’s a big difference. Like she said, representation matters, so to see people that look like us, that’re out here helping us and supporting us, that speaks volumes,” said Joyful, a vendor at the event.