Black Coffee Northwest has been hit three times in nine months. Previously, vandals threw Molotov cocktails at the building and drew racist images on the walls. 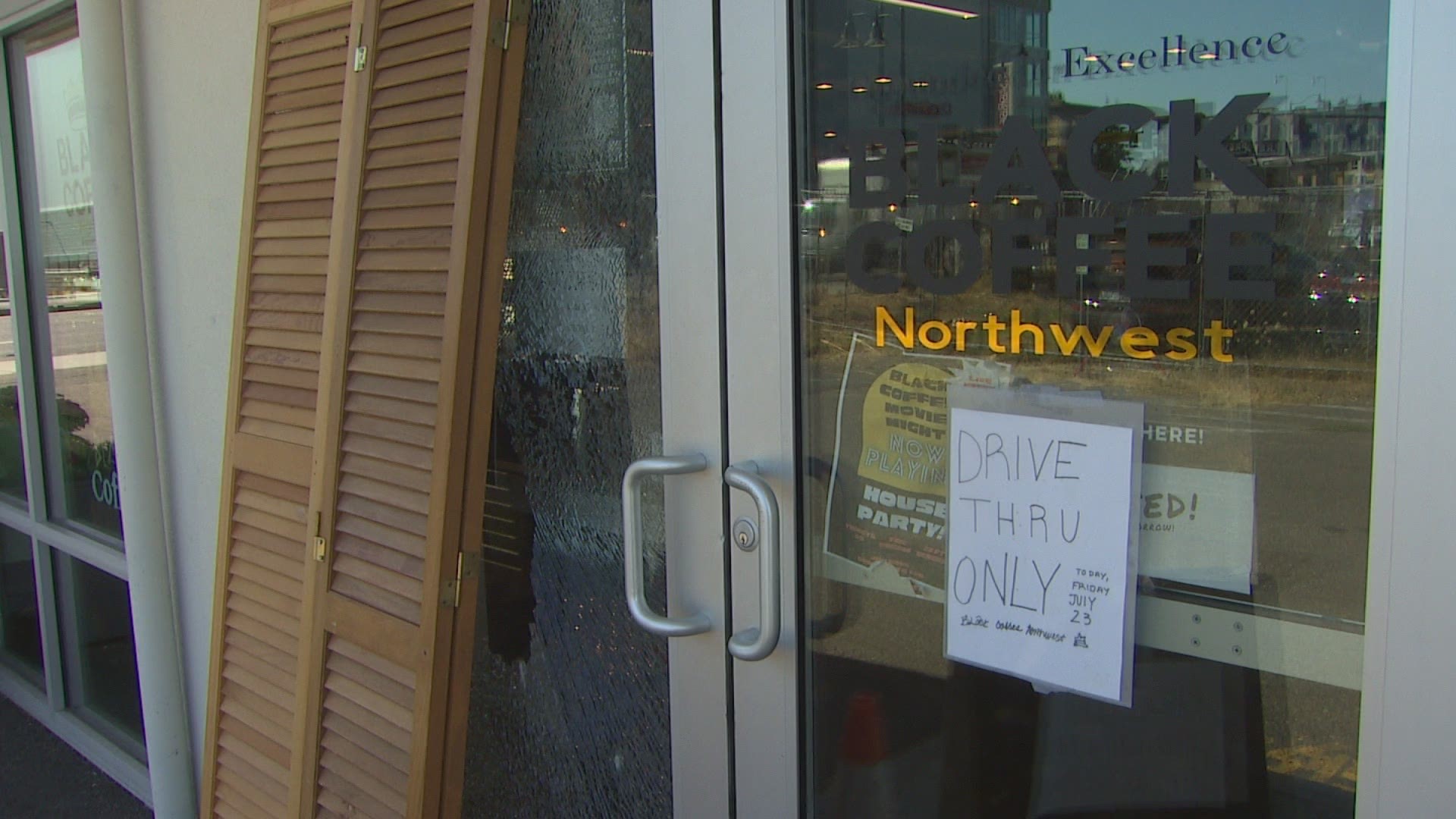 SHORELINE, Wash. — As she walked into work Friday, MaeLea Willis, manager of Shoreline's Black Coffee Northwest, locked the door behind her, with one question going through her mind.

"Why? Why would you want to put so much energy into trying to destroy something that does nothing but build the community up and focus on nothing but positive things?" Willis wondered.

Sometime overnight someone smashed one of the glass doors at Black Coffee Northwest. It's the third incident in the past nine months. In October, someone threw Molotov cocktails at the building. Three months later racist images were scrawled on the walls.

It’s unclear who did any of the damage or why, but Black Coffee Northwest is an outspoken supporter of the Black Lives Matter movement and the Black-owned business has had trouble with customers in the past.

"I've been called a few names," Willis said. "Actually, I've been called plenty of things. I try to teach my girls and my staff that these things are gonna happen. Be professional."

Shoreline police records show there was at least one incident where a customer had to be banned from the store.

The coffee shop opened last October. It exclusively employs youth of color to empower them to one day open their own businesses.

Above all, it is supposed to be a safe space.

Willis considers it her second home and she takes it personally when anyone attacks it.

In a social media post, the owners said, rather than shrinking from the situation, they are planning to open a second location. Willis said no one at the shop will be intimidated and Black Coffee will only grow stronger.

The shop opened for business Friday morning serving drinks through the drive-thru only. A long line of customers patiently waited to show their support.