The Bellevue Fire Department responded to the scene around 3:30 a.m. Wednesday. 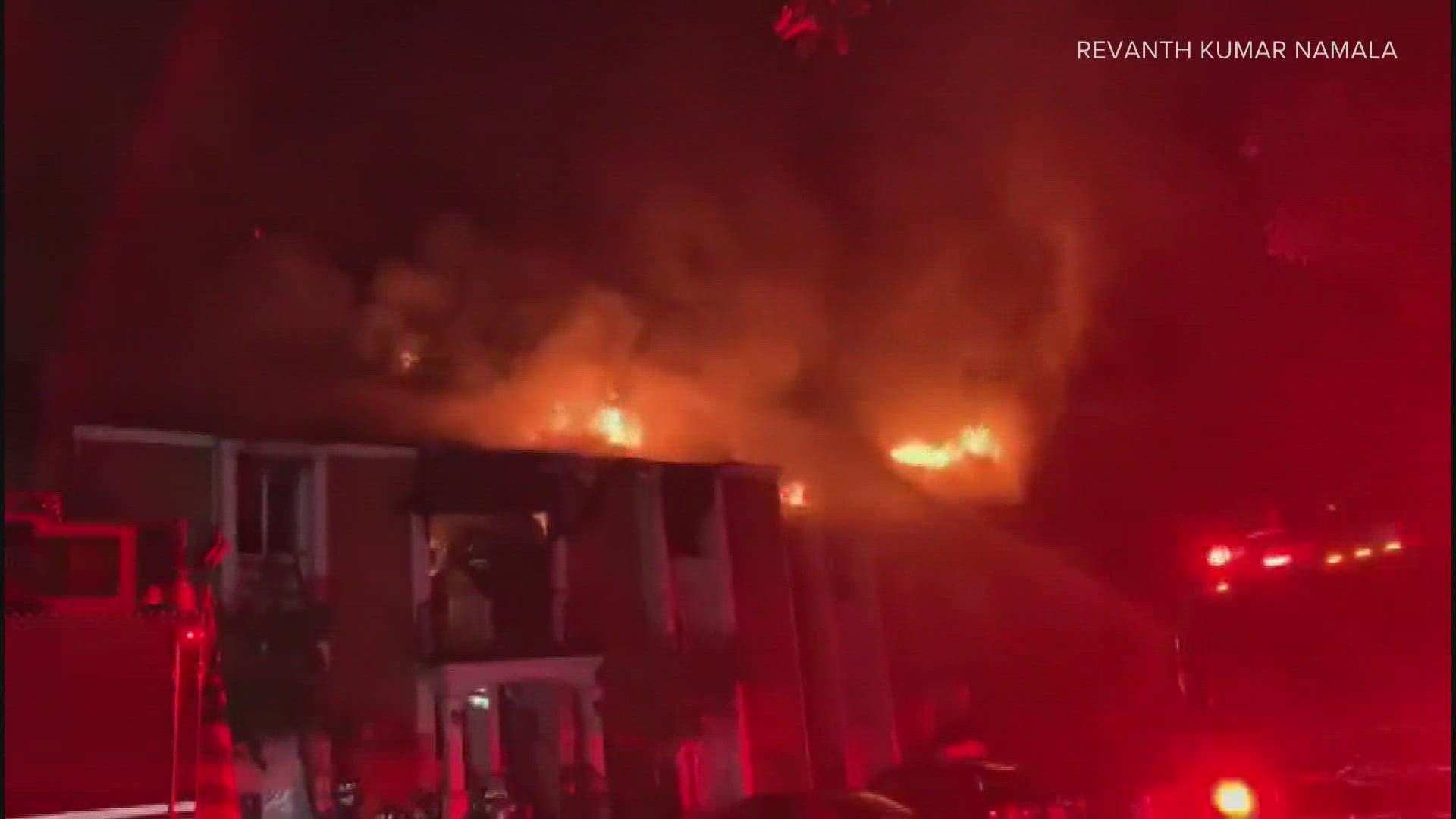 The Bellevue Fire Department responded around 3:30 a.m. to the Adagio apartment building in the northeast part of the city.

The fire was reported on the third floor with heavy flames showing initially.

“I was totally in shock, in panic,” said Revanth Kumar Namala, a resident of the apartment building located off of 148th Avenue NE.

Namala is one of dozens who woke up in the middle of the night to the sound of panic. “We just heard a lot of screams, people coming out – they are asking for help, screaming for help,” Namala continued.

Originally crews said that of the five people rescued, only one was taken to the hospital. However, firefighters later reported a total of three people had to be transported, one with serious injuries and two with more minor injuries.

Firefighters reported flames coming through the roof and front of the building.

As crews were still working on putting out the attic fire pic.twitter.com/qV342lLcdd

Fire crews remained on scene throughout the day Wednesday, checking for hotspots. The Red Cross responded to help those displaced from the fire.

The cause of the fire is still under investigation.