Dylan Jennings has been charged with first-degree murder in connection with the killing of his estranged wife in Bellevue. 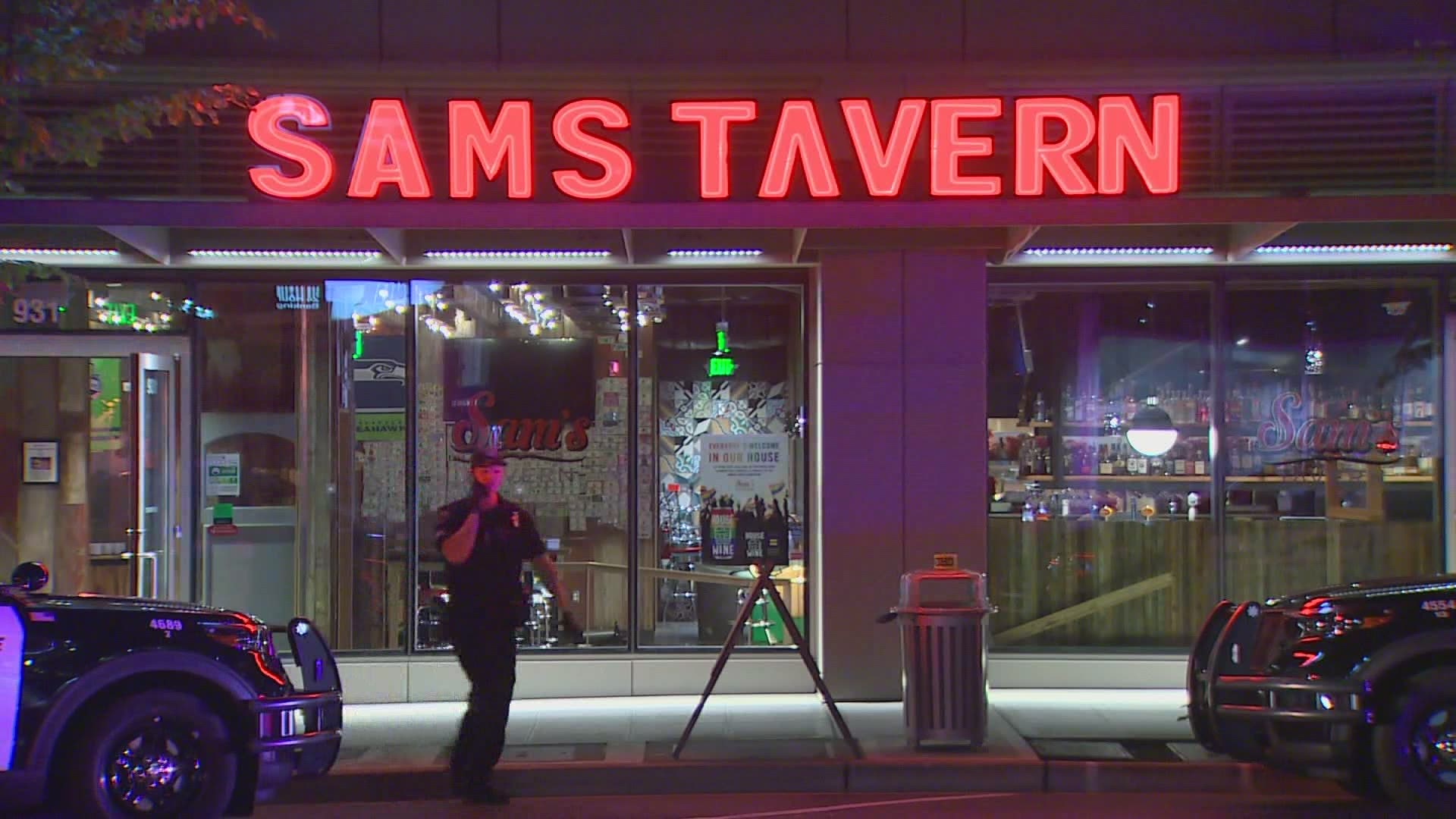 BELLEVUE, Wash. — The man police say shot and killed his estranged wife inside Sam's Tavern in Bellevue has been charged with her murder.

The King County Prosecuting Attorney's Office charged Dylan Jennings Thursday with first-degree murder and unlawful possession of a firearm in the second-degree, according to charging documents.

A judge set Jennings' bail at $3 million during a court hearing Wednesday. Jennings did not appear in court.

The shooting occurred around 10 p.m. on July 5. Witnesses told police at the time a woman was shot and a suspect fled.

Officers found a woman, a 26-year-old employee of Sam's Tavern, with a gunshot wound and immediately began life-saving measures. Police said crews with the Bellevue Fire Department gave the woman first aid when the scene was clear, but the woman died from their injuries.

According to charging documents, Jennings and his wife had separated and he was "angry" she had started dating someone else. Approximately a week and a half before the shooting, Jennings broke into his brother's gun safe and stole a handgun from inside, charging documents said.

There were very few customers inside the restaurant at the time of the shooting, according to police.

Jennings, 34, was arrested in Bellevue shortly before midnight following a manhunt, police said. He was cooperative when they found him.

Officers were able to locate the weapon Jennings allegedly used to kill his wife in a construction site near where he was found, about half a mile north of the shooting.