An Asian American woman says she caught a threat against her life on video and is now suing her neighbor for $100,000 in emotional damages. 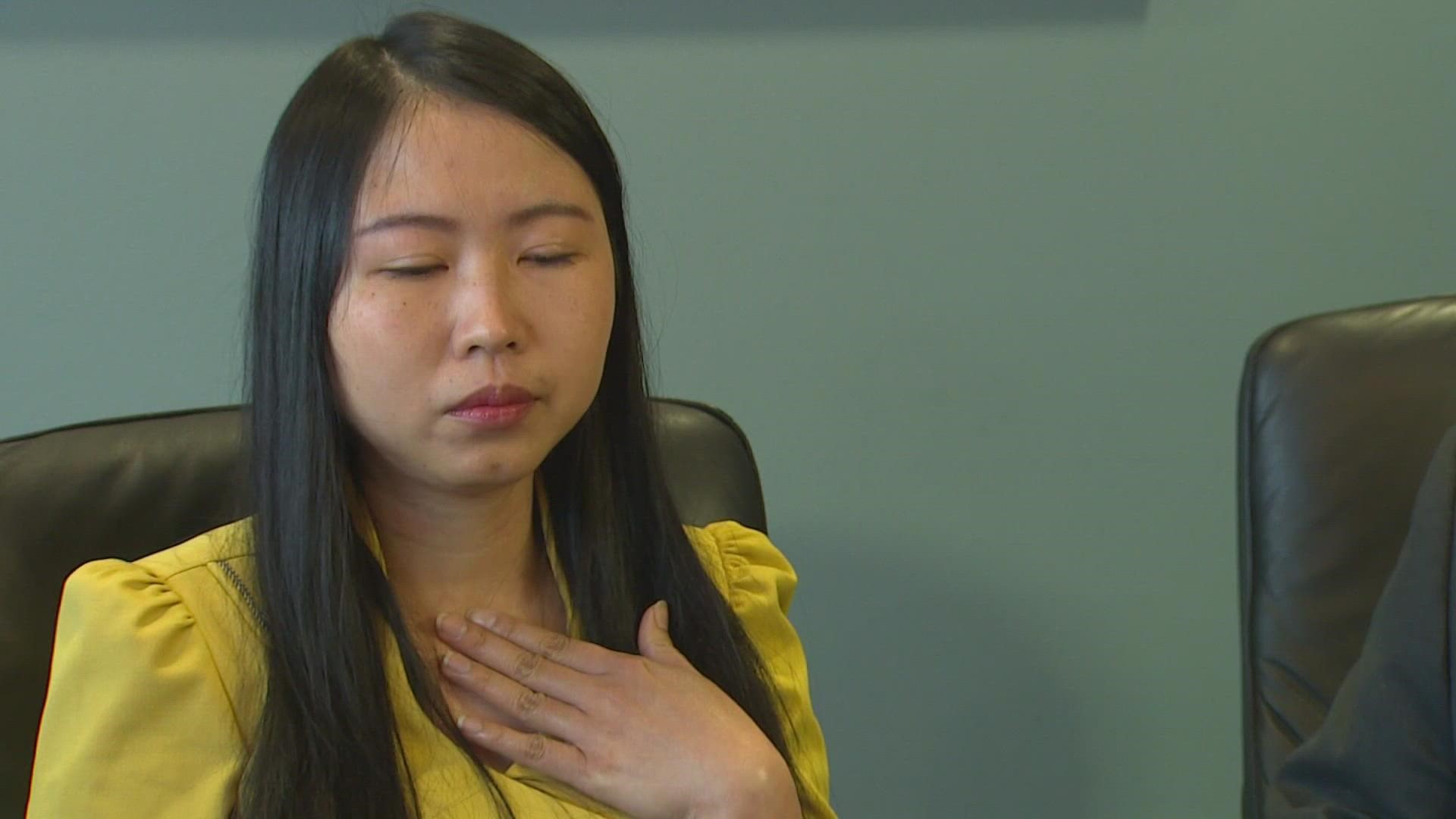 SHORELINE, Wash. — Attorneys for a Shoreline family filed a lawsuit Tuesday alleging a next door neighbor threatened the life of an Asian American woman.

Thi Pham was working in her garden last April when she said her neighbor started harassing her. Pham grabbed her cell phone and started recording, capturing what she considered a threat against her life.

"I don't feel safe in my home," said the Vietnamese immigrant, as she and her attorneys announced a civil lawsuit against 72-year-old Jan Myers.

Pham said it was just the latest incident between the two.

She told reporters Myers has called her racial slurs, stalked her and peered into her windows since she moved into her house nearly four years ago. Pham said she even caught Myers on video exposing herself to her 2-year-old son.

Her husband, Bill Healy, said that was the last straw.

"When she completely exposed herself to my wife and 2-year-old son, I mean, to have to live next door to someone who's going to do something like that, and threaten her life, it's devastating," he said.

Shoreline police arrested Myers and she was charged with a hate crime. That case is still pending.

Pham's attorney, Jeff Campiche, wondered why Myers wasn't also arrested for indecent exposure. "If a man had approached a 2-year-old and his mother and pulled down his pants and exposed his genitalia what would happen with the police?"

A spokesman for the Shoreline Police Department said officers didn't pursue that issue because they likely would have had a hard time proving "intent" on the part of Myers.

Instead, they pursued the more serious charge of a hate crime.

The spokesman also said the department has recommended municipal prosecutors file charges in a May incident involving the alleged violation of a protection order issued when Myers was arrested.

Myers' attorney, Jim Johanson, said he hadn't seen the lawsuit yet, so he couldn't comment on it.

The family is suing for at least $100,000 in emotional damages and is seeking a permanent protective order against Myers.

For now, Pham and her family keep their blinds drawn, no trespassing signs up and an American flag out front hoping to bring an end to what they believe is relentless racism.

Pham said she just wants to "have peace in (her) home."

While Pham says she has faced harassment for years, there has been an increase in hate crimes targeting Asian Americans over the past year. In all, more than 9,000 incidents have been reported since the first COVID-19 case in the U.S. Many of the attackers place blame on the Asian community for the pandemic since the first cases were reported in China.