A young generation of Asian and Pacific Islanders is igniting a fire within others and leading a new wave of activism. 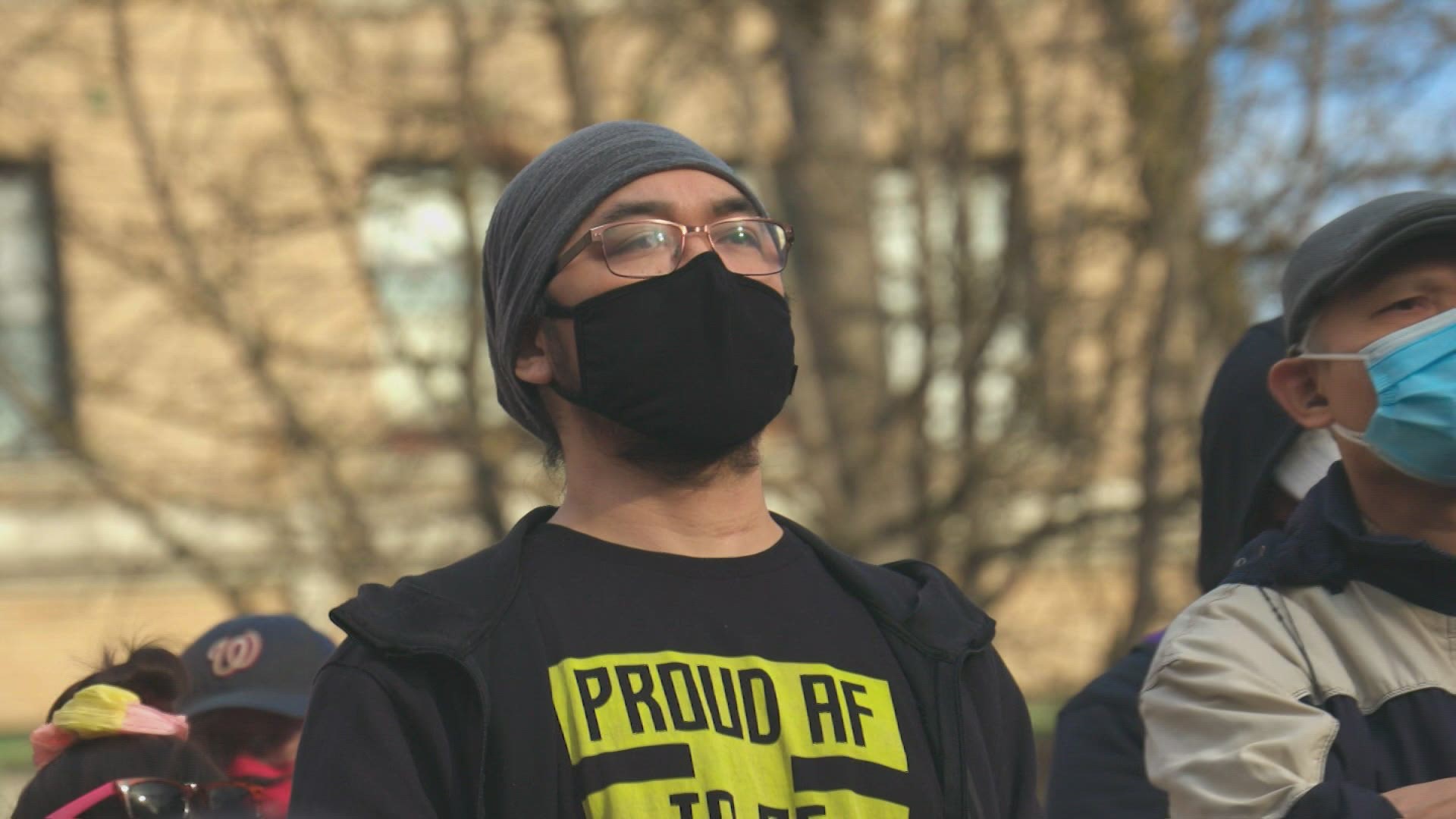 When she looked out onto the crowd standing at Seattle's Hing Hay Park, one word came to mind: surreal.

Hundreds of people, young and old, gathered together to protest against hate crimes against Asian Americans.

Madeleine Magana, 20, was one of the young activists who organized a rally and march in the Chinatown-International District.

Magana is part of a younger generation of Asian and Pacific Islanders who is igniting a fire within others and leading a new wave of activism.  She's following in the footsteps of youth activists in Seattle, who also stood up against injustices.

Connie So, University of Washington professor of Asian American studies, remembers it was Asian American youth in the 1970s who protested against the construction of the Kingdome and pushed to preserve the Chinatown-International District. A group of protestors interrupted the groundbreaking ceremony of the stadium and led marches and demonstrations to secure funding for low-income housing and social services in the neighborhood.

"The reason why we have the international community health services, Asian Counseling and Referral Services, and all these other agencies in the Chinatown-International District. In fact, all around south Seattle, it's all because of youth activism, community activism," So said.

The fight against racism and bias is nothing new to the AAPI community.  But never before have they experienced this level of violence and hate that started at the beginning of the COVID-19 pandemic.

A report from the Center for the Study of Hate and Extremism at California State University, San Bernardino shows a 169% increase in anti-Asian hate crime reports to police in the first quarter of 2021 in 16 major cities and jurisdictions.

The shootings in Atlanta in March that killed six Asian women, which prosecutors have determined was a hate crime, cracked open the grief and anger. It prompted celebrities, athletes, and politicians to take a stand and speak out.

Florence Chang, COO of MultiCare, said the Atlanta murders were the tipping point. She wrote a letter to her leadership team sharing her story of being a 15-year-old immigrant from Taiwan and how her parents changed her Chinese name to an English name after her high school Geometry teacher told the class he didn't know how to pronounce it.

Like so many in the Asian culture, Chang didn't make waves.  She kept quiet even into adulthood. She didn't speak up when hired as a high-level executive and was told to work with a speech coach to correct her Chinese accent.

"I admit, I've resisted speaking about these events — or even thinking about them, for fear of awakening painful memories," Chang wrote. "But these heartbreaking incidents and the wellbeing of my fellow Asian American colleagues have been weighing heavily on me, nonetheless.  And then I realized that my silence would not help others, or myself: only speaking up would do that."

Seeing young people use their voices has empowered her to do the same.

"They're fighting for their parents. What they want is to let their parents know, it is OK to speak," Chang said.

It's what inspires Magana to continue the legacy of the youth activists who came before her and to encourage younger generations to continue anti-racist work in their community.

"I wish even younger, Asian American voices would speak up," Magana said. "We can create a very powerful voice."