'I'll give up my job': State workers protest vaccine mandate

Some employees who fall under the state's vaccine mandate argued they shouldn't be forced to get the shot. 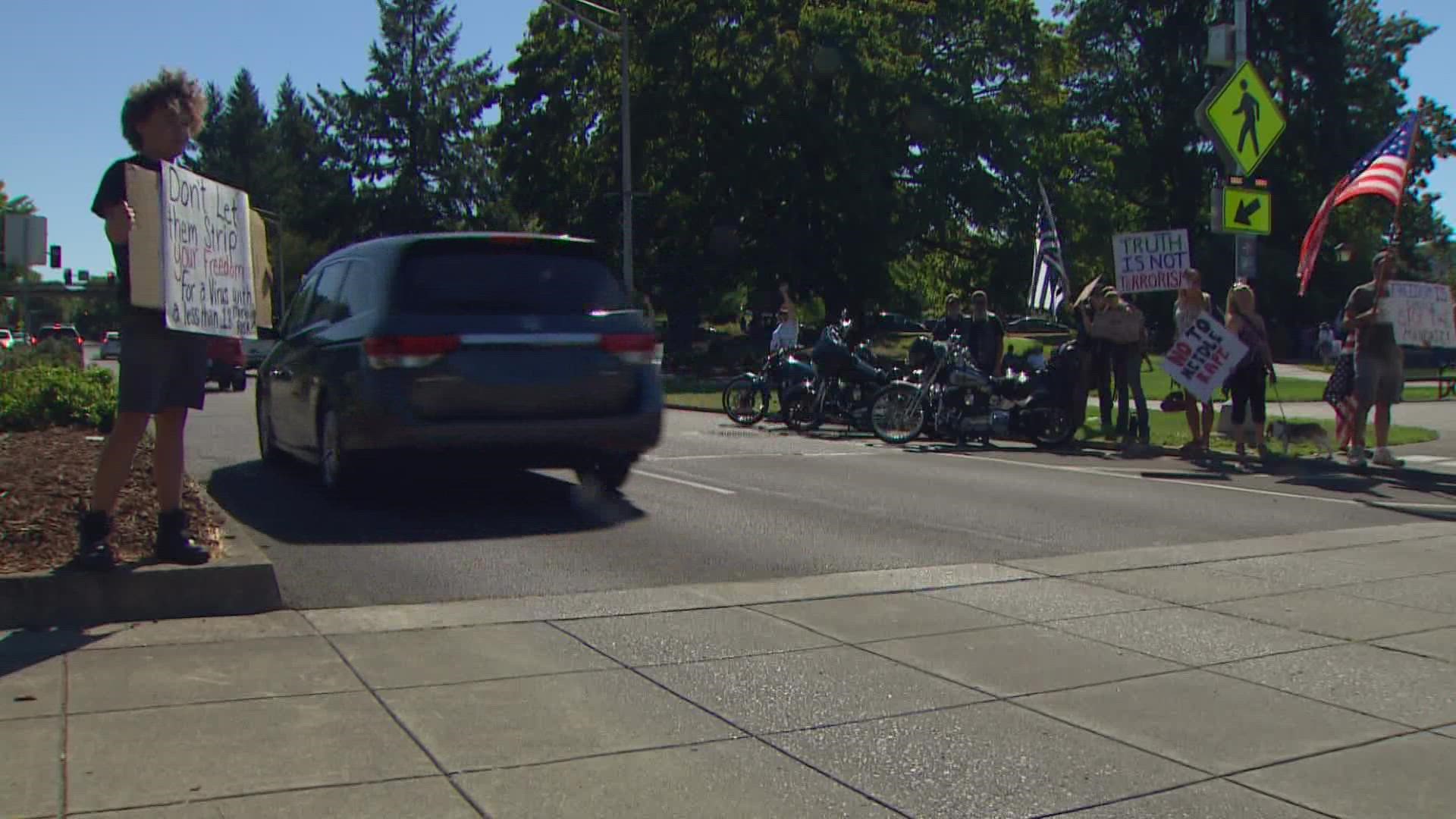 OLYMPIA, Wash. — A large crowd frustrated over Washington's vaccine mandate were outside the state Capitol in Olympia Saturday. Several said they are state workers who are upset they're being forced to get vaccinated.

State employees, healthcare workers and K-12 employees need to be fully vaccinated by Oct. 18 or risk losing their jobs.

Jennifer Hamilton was among those who said they believe they shouldn’t be forced to get the jab.

“I pride myself in being an athlete and doing lots of things that most people don't do just to stay healthy,” she said.

Hamilton says she doesn't trust the vaccines and believes she should be able to make those medical choices. “I don't think I'm in the vulnerable population that should have to take the vaccine. My parents did but I think everyone should have a choice.”

The COVID-19 vaccines have proven to be safe and effective in preventing severe disease and death from the coronavirus, according to the CDC.

Speakers at the rally implored each other to stand strong saying if they don't give in to the mandate the loss of workers would cripple the state. One teacher told the crowd her school was set to lose 7 teachers.

Brad Pole sells medical devices and said he isn’t going to ask for an exemption from the medical facilities that he enters.

“I drew my line at the mask and I'm not going to play their game any longer and I really, really suggest you do the same.”

Hamilton declined to say what she does for the state but says she's prepared to walk away - but doesn't believe she should be forced to make that choice.

“I'll give up my job, unfortunately. I feel grateful I'm at least at an age where I can do that it won't be as much a hardship as someone who has family who has to make that tough decision,” she said.