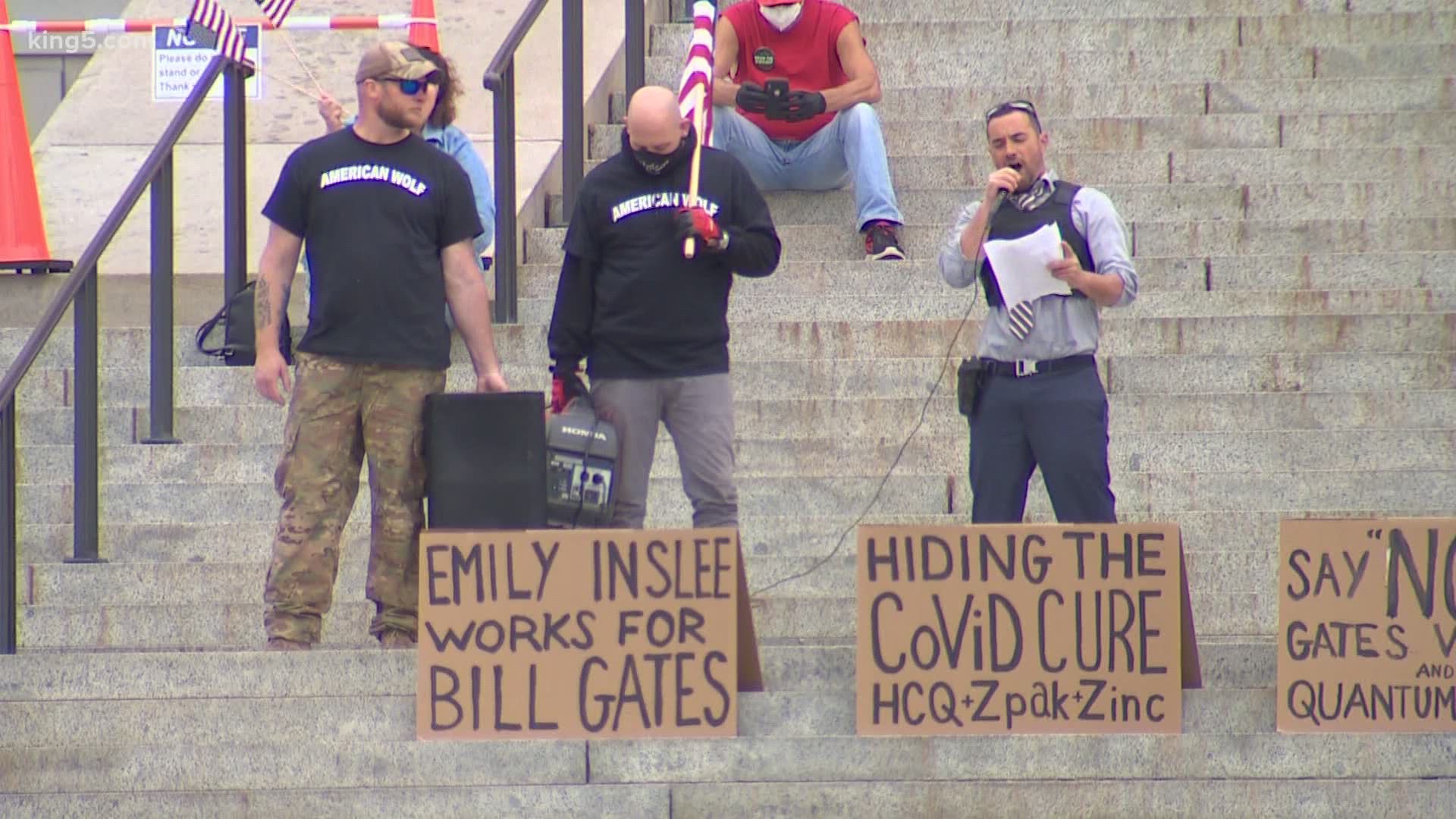 TACOMA, Wash. — More than 50 people showed up at the federal courthouse in Tacoma to support a lawsuit against Gov. Jay Inslee over his stay-home order.

Didier and others, including gubernatorial candidate Tim Eyman, are filing a civil rights violation lawsuit in U.S. District Court challenging Inslee's order, calling it an "economic lockdown" that is "devastating low- and middle-income workers and small businesses."

Inslee issued the stay-home order in late March, as a response to the area outbreak of coronavirus, which has killed more than 800 and sickened more than 14,000 people in Washington state in the past three months.

The order closed schools, many businesses and banned gatherings as a way to try to slow the spread of the virus, which causes the respiratory disease COVID-19. While most develop mild to moderate symptoms, certain groups, including the elderly and those with pre-existing conditions, have an elevated risk of severe illness and death.

In a statement, those filing the lawsuit warn it is the "first of several that will be filed in the coming days."

The protest in Tacoma occurred ahead of Inslee's announcement that he would extend the Washington stay-home order through May 31.

Didier and the other Franklin County Commissioners voted earlier this month to "end recognition" of Inslee's stay-home order, but rescinded it days later.