At least 50 out of the facility's 60 residents tested positive for coronavirus at the Olympia care facility. 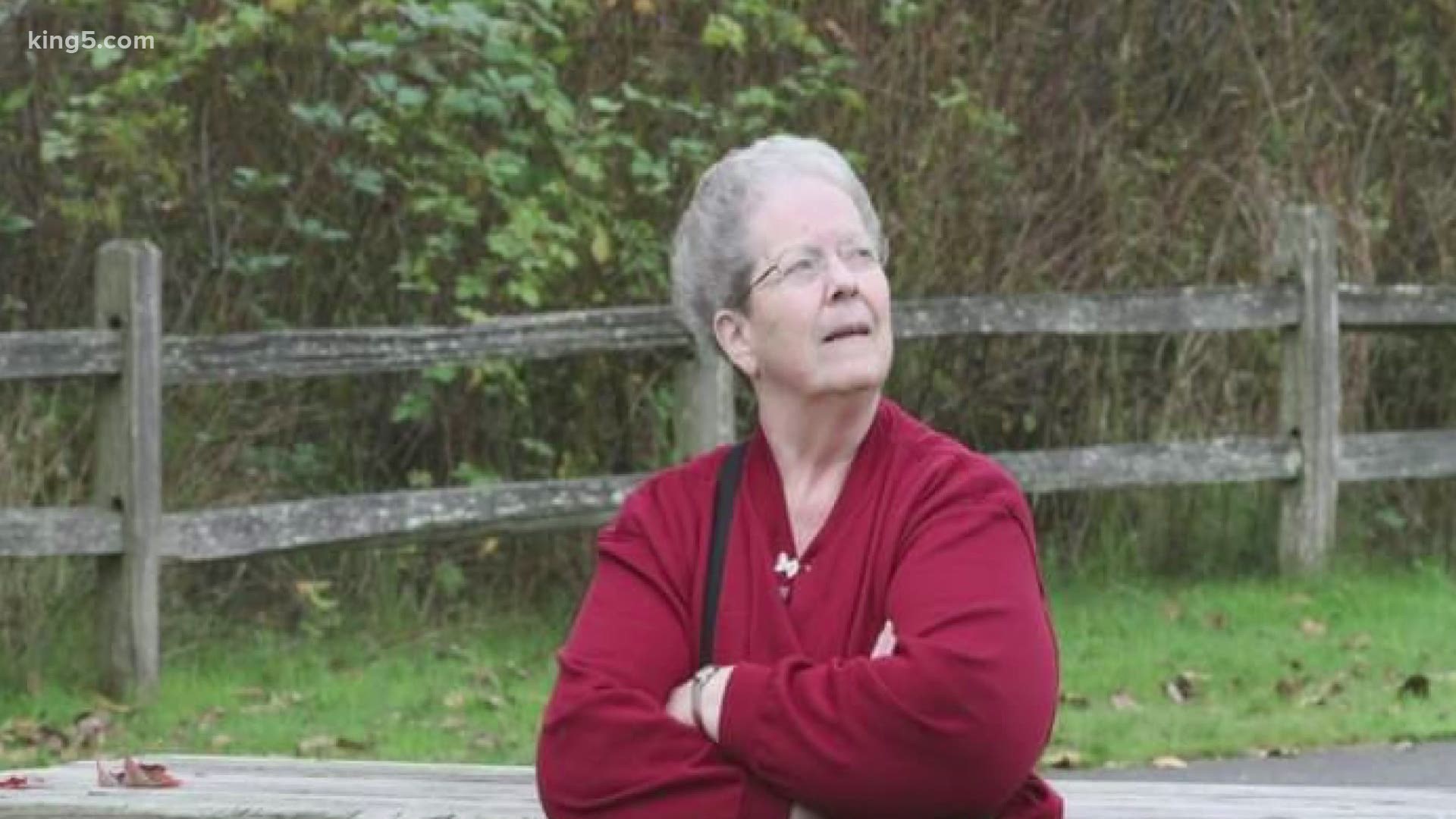 According to facility and county health numbers, at least 50 of the center's 60-plus residents tested positive in October.

At least three of those residents died, according to county numbers.

A letter sent to families of residents said an asymptomatic employee came to work earlier this fall and unknowingly exposed the residents and at least 25 co-workers.

Before Snyder died, daughter Jaci Stimach was allowed to say goodbye in person, the first time the two had been in the same room since March.

“I got to hold her hand,” Stimach said. “She wasn't even able to acknowledge that we were there at that point.”

Judy Ivanovich was born in rural Mason County and put herself through nursing school at the University of Washington.

She suffered from Alzheimer’s and lived at the facility for about 18 months.

Chris Ivanovich said he had to say goodbye to his mother through a window.

”I’m glad I had the opportunity to do that,” Chris Ivanovich said. “I would have liked to give her a hug, but that’s as good as it gets under this situation.”

His father, who also lives at Garden Courte, has COVID-19 too.

Neither family blames Garden Courte for the outbreak.

They hope the story of what happened will remind others to be careful and that the pandemic is not over.

”It's an invisible enemy, you can't see it,” Jaci Stimach said. “So just be safe… if you're not going to think of yourself, think of your family, because if you get it, it's devastating to the family.”