Tips for filing unemployment claims in Washington amid coronavirus crisis

Washington's Employment Security Department has already issued $1.4 billion in unemployment aid and is preparing for one million unemployment claims next week alone. 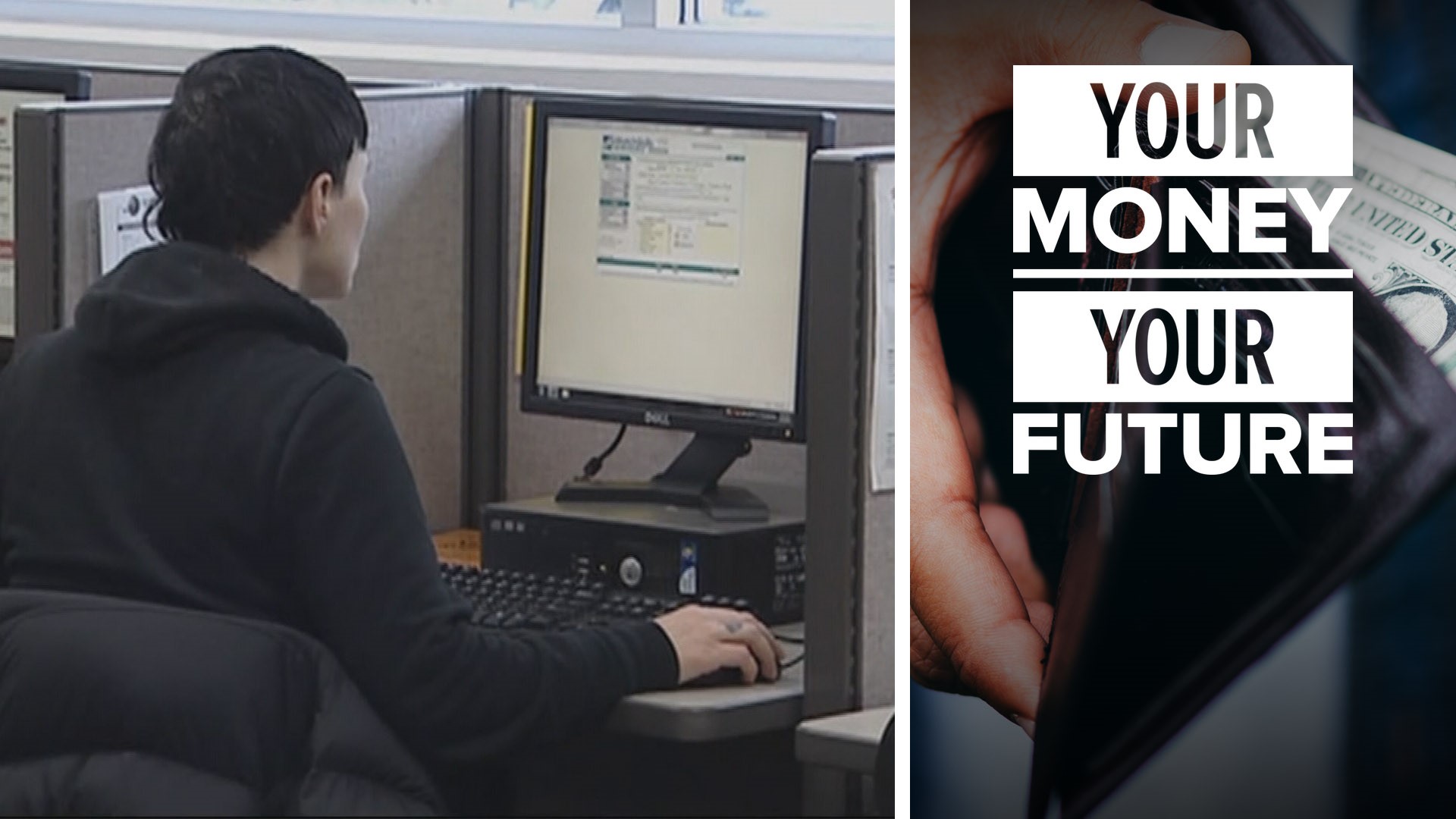 OLYMPIA, Wash. — Washington's Employment Security Department is preparing for as many as one million weekly unemployment claims to be filed online or via automated phone system starting April 26.

Consider these tips when applying for benefits:

The department also stresses money for unemployment benefits will not run out.

RELATED: Out of work due to coronavirus crisis? See Washington's new unemployment rules

Since the Employment Security Department expanded eligibility for unemployment benefits and updated their system on April 18, nearly $900 million has been paid out to Washingtonians.

The one-day total on Sunday, April 19 topped the single-day record and eclipsed the week-long records set earlier this spring.

It brought the total in unemployment benefits paid out to Washingtonians to nearly $1.4 billion since the coronavirus outbreak began.

How can I get ready to apply?

Suzi LeVine, commissioner for the state Employment Security Department, gave the following four tips for getting ready to apply:

The Employment Security Department will provide instructions and updates through a mailing list so applicants can be better prepared.

The state has a checklist that you can use to see if your circumstances meet the unemployment criteria under the state's regular unemployment rules, or the new rules under the coronavirus expansion.

Get all your information ready using the application checklist

You can take care of creating a login before assembling everything you need to apply, to get that step out of the way.

What else do I need to know?

LeVine also addressed issues that applicants may face when applying for unemployment under the new CARES Act rules.

The website says I'm "ineligible" after I filled out the form, but the checklist says I'm eligible.

LeVine says that people should ignore that message, and click on the link to apply for the unemployment assistance. LeVine said this glitch was a "trade-off" in order to prioritize getting systems in place to get people their money faster.

"That's not the optimal experience and I recognize that," LeVine said.

She said ESD staff would be working through the weekend on upgrading the state's systems.

I was self-employed or an independent contractor, so how will my weekly benefit be determined?

Independent contractors and self-employed workers will need to upload their wage data to the Employment Security Department, and ESD staff will review it to verify it and determine how much the applicant is eligible for per week. But the state in the meantime will provide the minimum weekly benefit.

If the person is eligible for more than the minimum, ESD will pay the difference retroactively when wages have been verified.

What is the minimum benefit? When will I get it?

The minimum benefit will be $235 from the state unemployment assistance program, plus $600 from the CARES act. That will come to $835 a week.

For people who qualify for unemployment it will take an average of 3 to 5 days for checks to arrive and 24 to 48 hours with direct deposit. People who were already receiving unemployment benefits don't have to do anything new.

If I was denied benefits in the past few weeks, should I try again?

LeVine said that there are people who were denied benefits because they were not eligible under the regular unemployment rules, but who are newly eligible under the CARES act. Now that the state's system has been updated, they may reapply and the benefits will be retroactive to when they lost their jobs.

MORE TIPS ON APPLYING FOR UNEMPLOYMENT:

The state's employment insurance chief acknowledged there were problems with the website. Employment Security Department Commissioner Suzi LeVine said the number of new applicants overwhelmed the system, preventing many from being able to apply.

The Employment Security Department updated their system to enable several provisions of the federal CARES act – expanding eligibility for benefits to those previously ineligible, increasing benefits by $600 a week, and extending benefits by 13 weeks.

“It is humbling to think that we have put almost $1.4 billion into the pockets of Washingtonians and into the economy since this crisis began - with nearly $1 billion issued just this week,” LeVine said. “In fact, in just the first 36 hours, the number of applications submitted exceeded the highest week on record – the week ending 3/28, in which we had 182,000 new applications – which was seven times the peak week of the 2008-2009 recession.”

The department is now preparing for as many as 1 million weekly claims to be filed online or via automated phone system starting April 26.

RELATED: Filing for unemployment won't have negative impact on getting a home loan, expert says

“While staying home and staying healthy has saved lives, it has also had a deep economic impact on Washingtonians. These benefits, and especially the newly expanded benefits, will have a positive effect on our whole state. And yet, we know there is a lot of work still to do to provide relief to everyone who is eligible for unemployment benefits and then to get the economy back up and running,” LeVine added. “But we are in this together and we’ll get through it together. As a prime example, we appreciate those who are able to call on the better angels of their nature, as has happened so frequently during this crisis, to help us mitigate the unprecedented volume by waiting a couple days to file their weekly claims.”