In Washington, Native Americans have the lowest life expectancy, highest infant mortality and highest rate of colorectal cancer and suicide compared to other races. 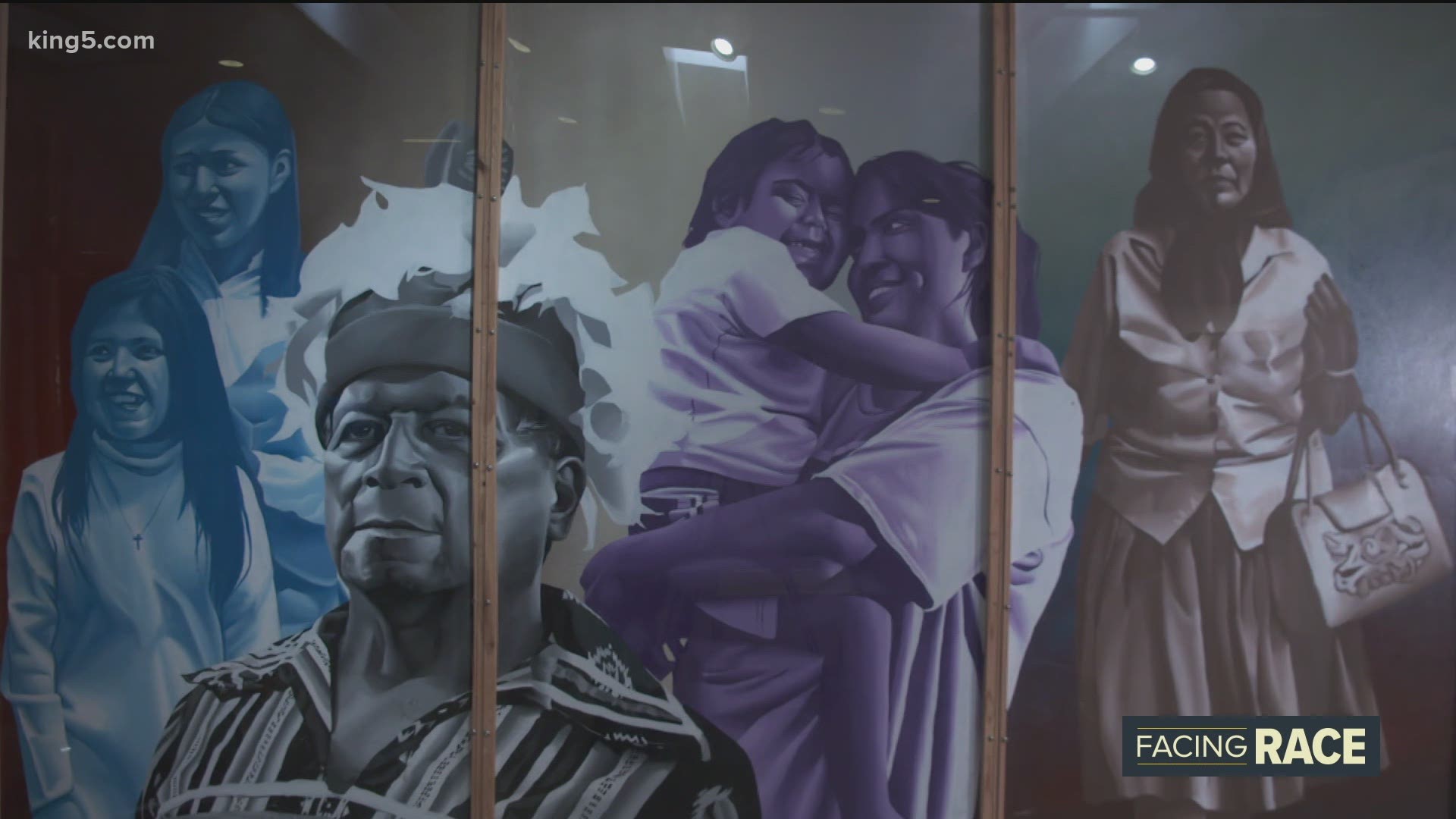 SEATTLE — Unequal health impacts and outcomes tied to a person’s race are well documented and show BIPOC communities face an increased risk not just from the COVID-19 pandemic but in many other areas as well.

Data shows native and indigenous people have some of the worst health outcomes among groups in Washington.

Chris Sekarak, a member of the Yakama Nation in Central Washington, was living unsheltered in Oregon for the last few years before moving to Alaska for work. Then on the trip back, he found himself in Washington.

He said living without permanent housing came with its own health issues – for him, struggling with drinking.

“Pretty much, the situation has been a downhill struggle kind of thing,” he said. “Trying to come back up and meet my own expectation for myself to be OK.”

“A lot better than what I was doing outside,” he said. “Everything was just scattered around, wet and whatnot.”

“My health is bad – can’t pick up my feet, I've got high blood pressure,” said Melanie-Jo Hunt, who lives next door.

Before the interview, she’d been trying to convince her husband to get up to go the hospital.

They lived in a homemade tent for years, and the disparity of health access frustrates her.

“Natives, we do get pushed to the side,” she said.

American Indians and Alaska Natives across Washington face dire health concerns, according to data compiled by the Washington Medical Commission from the state. The group has the lowest life expectancy at birth, highest infant mortality, highest rate of colorectal cancer, asthma – even suicide.

Research posted on the Centers for Disease Control and Prevention (CDC) website notes, “Compared with other racial/ethnic groups, American Indians/Alaska Natives (AI/AN) have a lower life expectancy, lower quality of life, and are disproportionately affected by many chronic conditions.”

“I can tell you we’re disproportionately represented in every health care outcome out there,” said Esther Lucero, CEO of the Seattle Indian Health Board. “That includes COVID quite frankly. We’ve had more deaths from COVID than any other ethnicity.”

The health board runs a clinic in Seattle. And the issue of disparity in health outcomes is personal for Lucero – she’s a member of the Navajo Nation, and sees how native people suffer these issues in the mainstream health care system. She noted many struggle to access care, and if they get it, they can face issues of institutional racism once there – false accusations of substance abuse or trouble being taken seriously.

As for the cause, some point to generational and institutional trauma. Lucero added – follow the money or a lack thereof in the Indian Health Service.

Tribes were promised health care in treaties signed with U.S. government. But historically, lawmakers have not fully funded the IHS, which provides care for many tribal members.

The Government Accountability Office notes there may be some overlap between those programs, which complicates a true apples to apples comparison, but Lucero said it still illustrates the disparity.

“That gives you some perspective on how that promise [of health care] was kept,” she said.

These issues cause chronic problems, Lucero said, but also came to the forefront during the 2019 government shutdown, when the health board's clinic lost funding and had to dial back services to make ends meet. During that same shutdown, the Port Gamble S'Klallam Tribe lost half its funding, and its only full-time doctor worked without pay.

Some tribes with more income have taken control of administering their care, but that requires extra funding and isn’t realistic for many tribes, Lucero said.

So the fight continues.

“Frankly, racism and desire to conquer is how we got to this place,” she said. “We started there, and we’re still there.”

So she continues to press the government to follow through with Native Americans and own up to the promise of health care.

“Fully fund the Indian Health Service,” Lucero said. “And think about it much like we think about the VA system. Meaning that we should get advanced appropriations. We should payment up front. And that will keep us from struggling through things like government shutdowns. That will keep us from advocating every single year for additional resources.”

“We all bleed red, and deserve the same,” said Melanie-Jo Hunt.