"When Native people confront the police, they are killed at a higher rate than any other demographic in the United States," said Professor Matthew Fletcher. 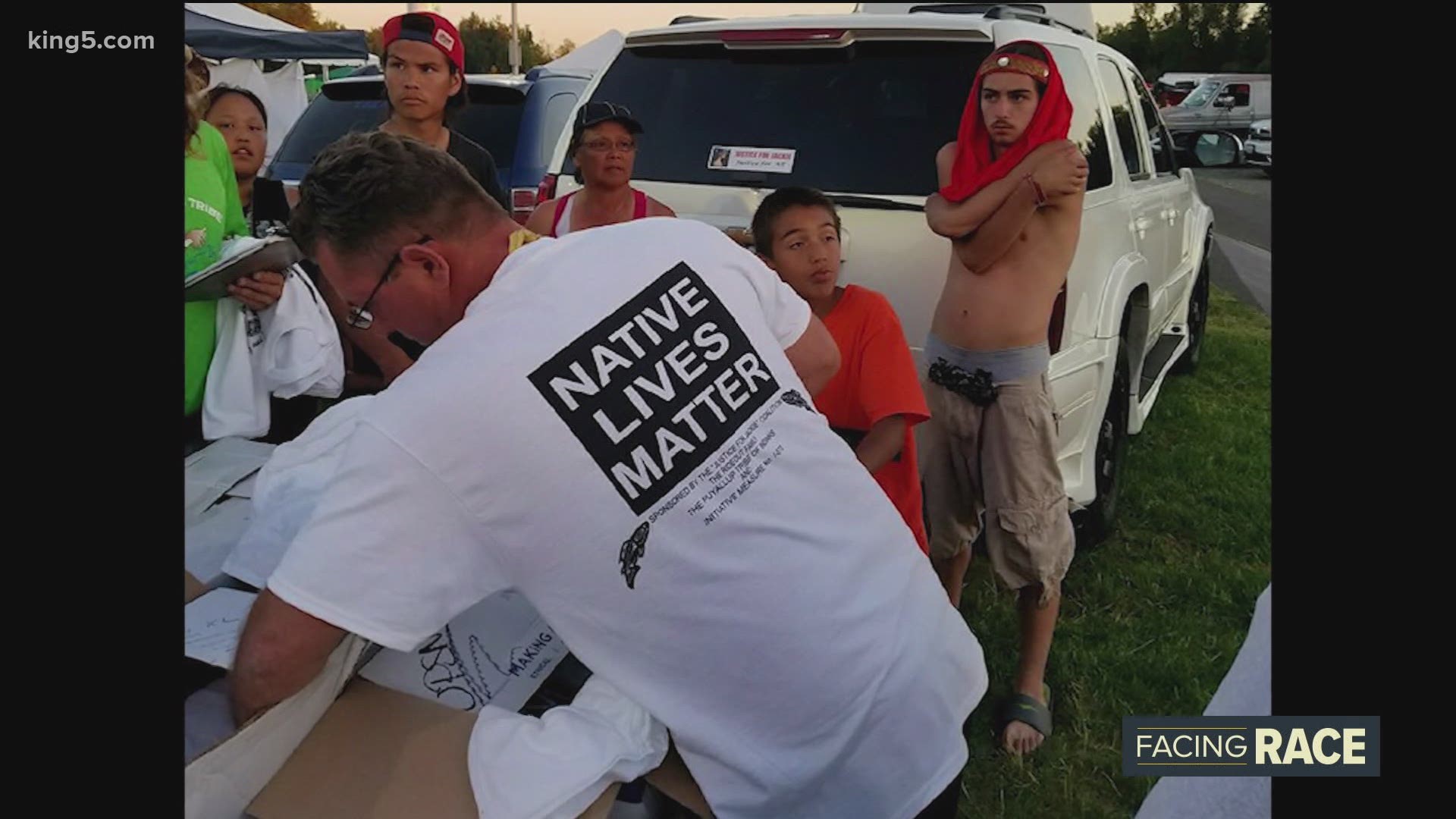 SEATTLE — Native Americans per capita are killed by law enforcement more than any other racial group. To draw attention to this alarming statistic and advocate for change, the family of a Native American woman killed by Tacoma police in 2016 is speaking out.

Abigail Echo-Hawk is the chief research officer at the Seattle Indian Health Board, and she is one of two experts KING 5 consulted with to learn about racism facing Native Americans. The other is Matthew Fletcher, the foundation professor of law at Michigan State University. Both addressed an important topic for their community: police shootings.

"Say their names. Say John T. Williams. Say Charlena Lyles. Say Jackie (Salyers). All of those things, those voices have to be said, and we have to be part of the conversation," said Echo-Hawk.

When asked what the numbers show, Fletcher referenced Centers for Disease Control and Prevention (CDC) data.

"When Native people confront the police, they are killed at a higher rate than any other demographic in the United States," Fletcher said.

Although Native Americans comprise 0.8% of the population, they make up 1.9% of police killings, according to CDC data.

"We knew before data was even published. We had the stories that were told mouth to mouth, social media to social media, but we never saw those elevated outside of our own community," said Echo-Hawk. "Do we even matter is sometimes the question folks are asking themselves in these larger communities where our deaths are not acknowledged in the same way that others are."

One case that did capture attention involved a Puyallup tribal member, Jackie Salyers. Nearly five years ago, a Tacoma police officer killed the mother of four who was also pregnant with her fifth child.

Salyers' mother, Lisa Earl-Rideout, said it has been a nightmare.

"It is like something you see in a movie," Earl-Rideout said. "And it felt like a piece of my heart had been ripped out."

She still has agonizing questions about that night, including, how did a nearby security camera happen to not be working right at the time of the shooting?

"There were cameras, but they all seemed to malfunction at that time," said Earl-Rideout.

That night Salyers was in the driver's seat of a parked car with her boyfriend, Kenneth Wright, a convicted felon with outstanding warrants. Police approached them to arrest Wright. Instead of complying, police say Salyers started up the car and drove right toward one of them, prompting that officer to shoot through the car window striking Salyers four times.

"I miss her, I miss her every day," said Earl-Rideout.

The Pierce County Prosecutor found the police officer's actions on that January night to be justified. Salyers' family says an investigation was done but not by an outside agency.

"You know the investigation portion of it is always justified by the departments that investigate themselves," said James Rideout, Salyers' uncle.

The family didn't stop at marching. They advocated for a change in the law in 2018, Initiative 940, which passed. It mandates an independent investigation when officers use deadly force.

"We brought all of our resources to the table to help change this law," said Rideout.

"I always want them to remember justice for Jackie is justice for all," said Earl-Rideout.

Salyers' family and friends don't want the attention on her case to be unique. They want the voice of all Native Americans included in the conversation.

"With this year, people's eyes are opening, not just minorities. I am surprised how many individuals see the light, that we are treated different," said Miller.

"All we want is for our sons to come home alive, and that is our unity right now," said Echo-Hawk.