The federal government still does not recognize the Duwamish tribe, which signed a treaty with the U.S. government in 1855. Their pursuit of justice continues today. 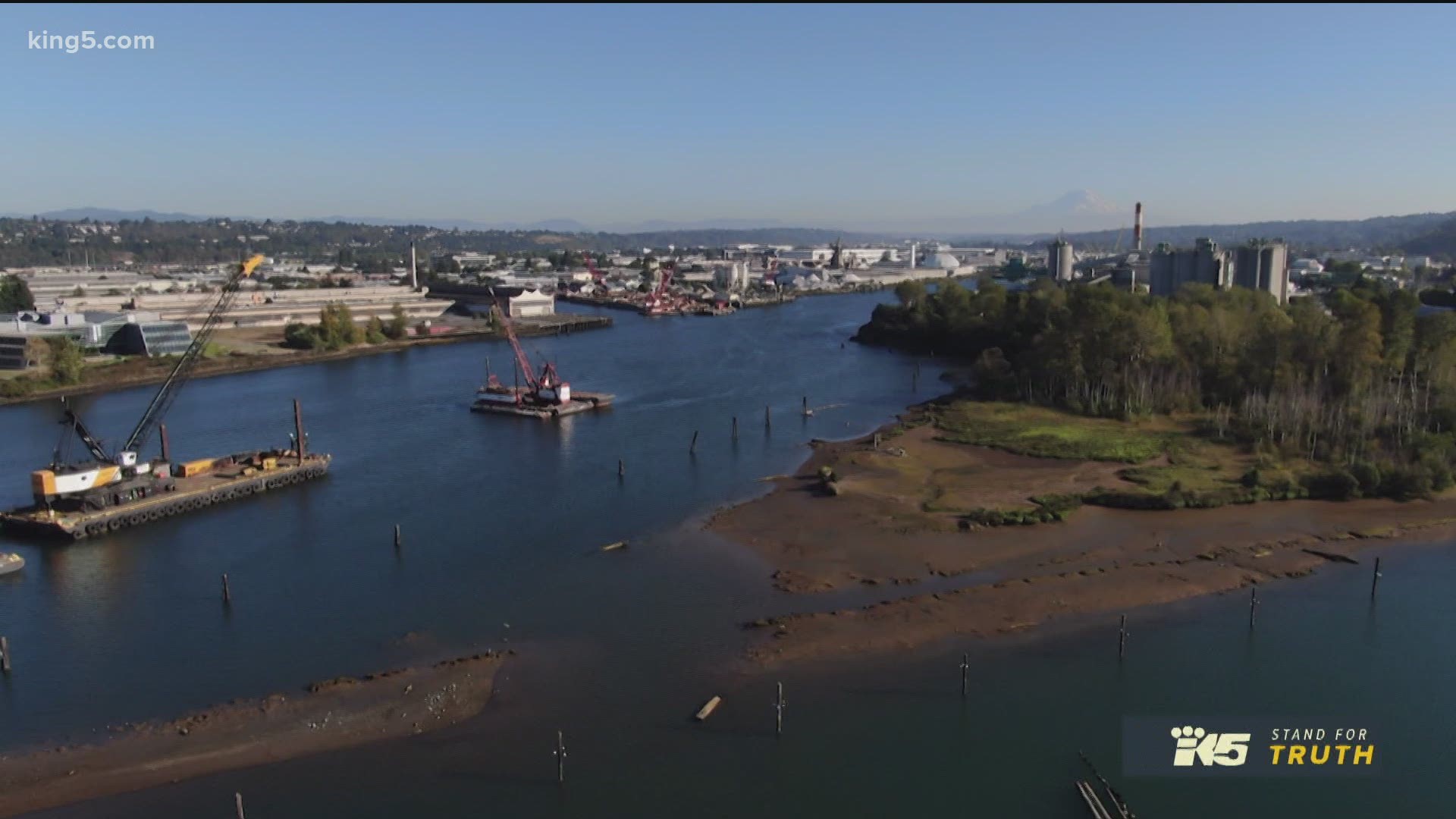 SEATTLE — Facing racism includes acknowledging the role it played in shaping the places where we live.

Take for example the city of Seattle. Its mere existence would not have been possible without racist policies, which targeted the Native Americans who were here first, the Duwamish.

City leaders often read a script as a prelude to gatherings and events: “We should acknowledge that we are here on Duwamish lands…,” it goes.

They pause and then move on with the show.

For many Duwamish people, including James Rasmussen, it’s not enough.

“That's not helping us at all. I mean, it really doesn't do anything for us at all. An acknowledgment? You know what, it's like telling a ghost story. I'm sorry, we're beyond that,” he said.

Rasmussen’s ancestors fished the Duwamish River and lived near its banks for generations. The story of what happened to them after white settlers moved in is motivation for Rasmussen to keep advocating for his people.

“My ancestors walk with me. They’re here, my family is here. I know that,” he said.

The wrongs started shortly after the Duwamish made what they thought was a deal with the American settlers, who were moving west.

The Duwamish leader, Chief Sealth, or Seattle, signed a treaty with the U.S. government in 1855, giving up thousands of acres of land, which today includes much of King County.

In exchange, the U.S. was supposed to guarantee the Duwamish hunting and fishing rights, as well as land on a reservation.

Not long after the ink dried, white settlers blocked the formation of a Duwamish reservation. While Seattle boomed, city leaders told the Duwamish to get out of the way.

Early laws prohibited the Duwamish from owning property, as well as from being out in the city after sunset, Rasmussen said.

BJ Cummings recently wrote "The River that Made Seattle," a book that chronicles the city’s indigenous people and early settlers.

"People settled Seattle in order to make it an industrial world-class city. That was explicitly the intent from the beginning,” she said. “It absolutely did not matter who was here."

Rasmussen said he grew up knowing well what his ancestors faced.

"My grandfather always told me, 'You are Duwamish. Be proud of that.' The other thing he would tell (me) was, 'Don't tell a lot of other people,' because when he was raised and my mother was raised, they were berated, because they were Indian people,” Rasmussen said.

Injustice echoes today. The federal government still does not recognize the Duwamish as a tribe, which denies them funding for housing, education and health care.

The government argues, in part, that the Duwamish, who number roughly 600, lack a “distinct American Indian community.”

“We signed the treaty. What's happening now is an abomination of law,” Rasmussen said.

“The fact that, as a colonial government, we refuse to even recognize that they are still here is, perhaps, the deepest of the cuts,” Cummings said. “Duwamish people invited, recruited, supported and ultimately sided with the settlers here. And today, we deny their existence.”

But a growing number of people are waking up and realizing that doing right by the Duwamish is about more than simply repeating kind words.

For example, there’s a fundraising effort called Real Rent where anyone can voluntarily pay a kind of “rent” into a fund that goes to the Duwamish. Donors choose how much to give each month, and the money goes to a non-profit that supports tribe members.

“We're offering scholarships now to Duwamish kids to be able to go to school,” Rasmussen said.

“We're getting stronger,” Rasmussen said. “The spirits of my ancestors are why I do this and for the generations to come ahead.”