Quakes you can't feel being recorded south of Seattle

Though not the 'main' event, researchers note dozens of tremors that you can't feel have happened in the Pacific Northwest over the past several weeks. 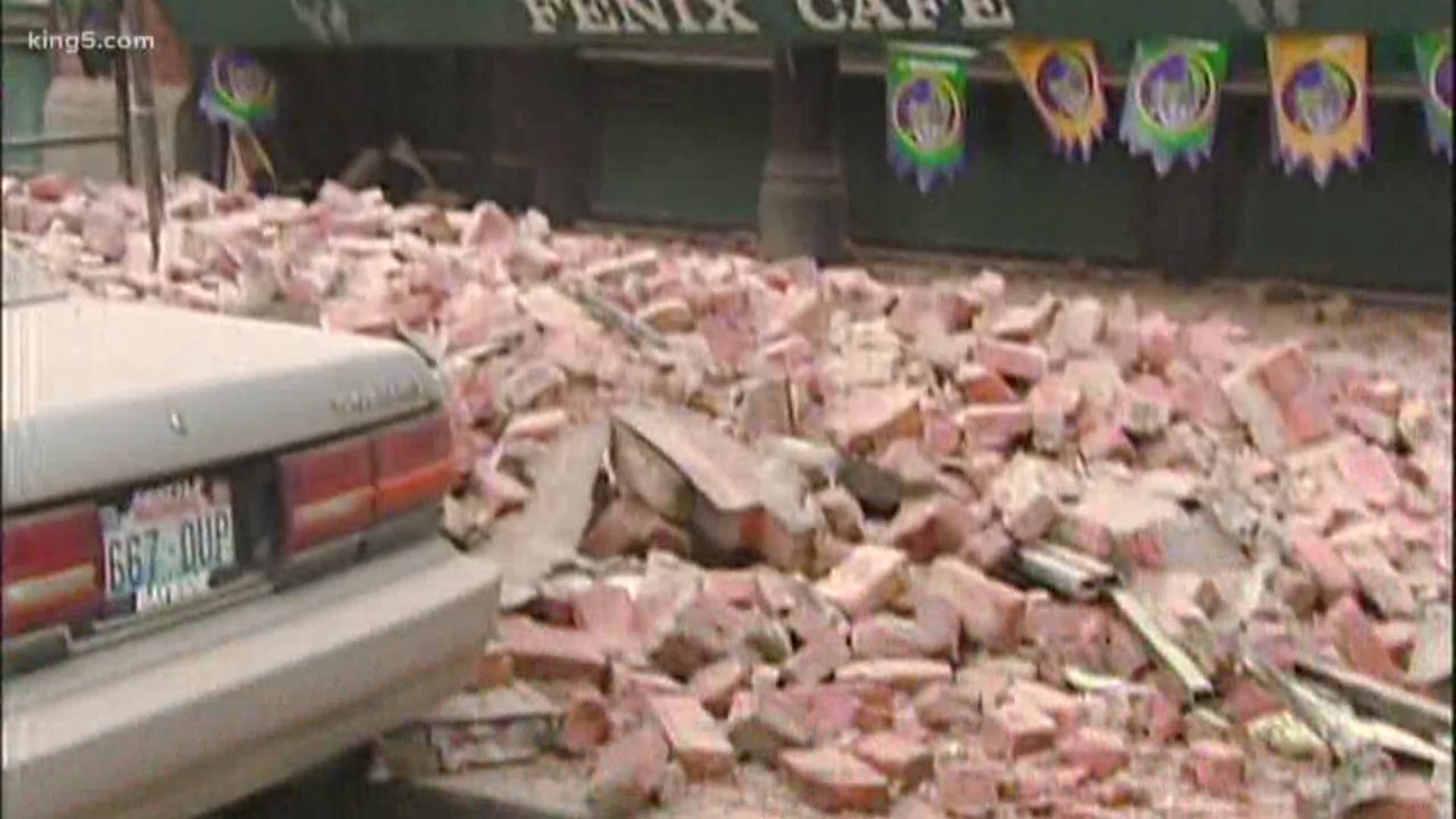 You can’t feel them, but quakes 20 miles below our feet are slowly releasing, and have been since early April. Twenty years ago we didn’t know they existed, and for the first time since 2011, three distinct zones are going off at once.

The most recent swarm was recorded under the central Oregon coast.

Every time they happen, they give scientists a peek into the world where they cannot reach. It’s a world where it’s believed the sub-ducting ocean plate is being stretched like taffy, in the heat that is the mantle of the earth.

“Any signal you get is interesting,” said Tim Melbourne, a who runs the Northwest Geodetic Array based at Central Washington University in Ellensburg.

“If you have something out in the dark, and you know it’s dangerous, you know it’s menacing, and every now and then you get a flash of light from it. Any flash of light doesn’t tell you a lot, but you piece them all together and you can start to put together all the angles, and you can start to see the dragon, and it’s a big dragon," Melbourne said.

That “dragon” is officially known as the Cascadia subduction zone. These zones exist around the Pacific rim, and in other places around the world.

The earth’s crust is made up of plates that float on that mangle of hot liquid rock and move around. Ocean floor and continental rock are different, and along the coast of the Pacific Northwest, from Cape Mendocino, California, to north of Vancouver Island, British Columbia runs one of these sub-duction zones.

Sections of ocean floor are being pushed under the western edge of the North American continent. Where the two plates join is a huge fault, and the cooler upper portions of that fault are locked together. When they give way, typically between about 300 and 500 years, the result is a massive tsunami triggering earthquake, the one of our coast expected to be a magnitude nine.

The last one struck in the year 1700. The most recent disaster of that type in the world, the 2011 earthquake and tsunami off of northeast Japan.

Episodic tremor and slip have been affecting the Pacific Northwest about every 14 months since at least the 1990s.

Shaking from these events typically aren't felt and don't mean an earthquake is imminent. However, researchers believe the slip events are building up pressure at the fault, which will eventually lead to a long-predicted magnitude 9 earthquake.

Though it appears several slip events are occurring, the latest data doesn't seem to indicate the "main" event has started north of Seattle.