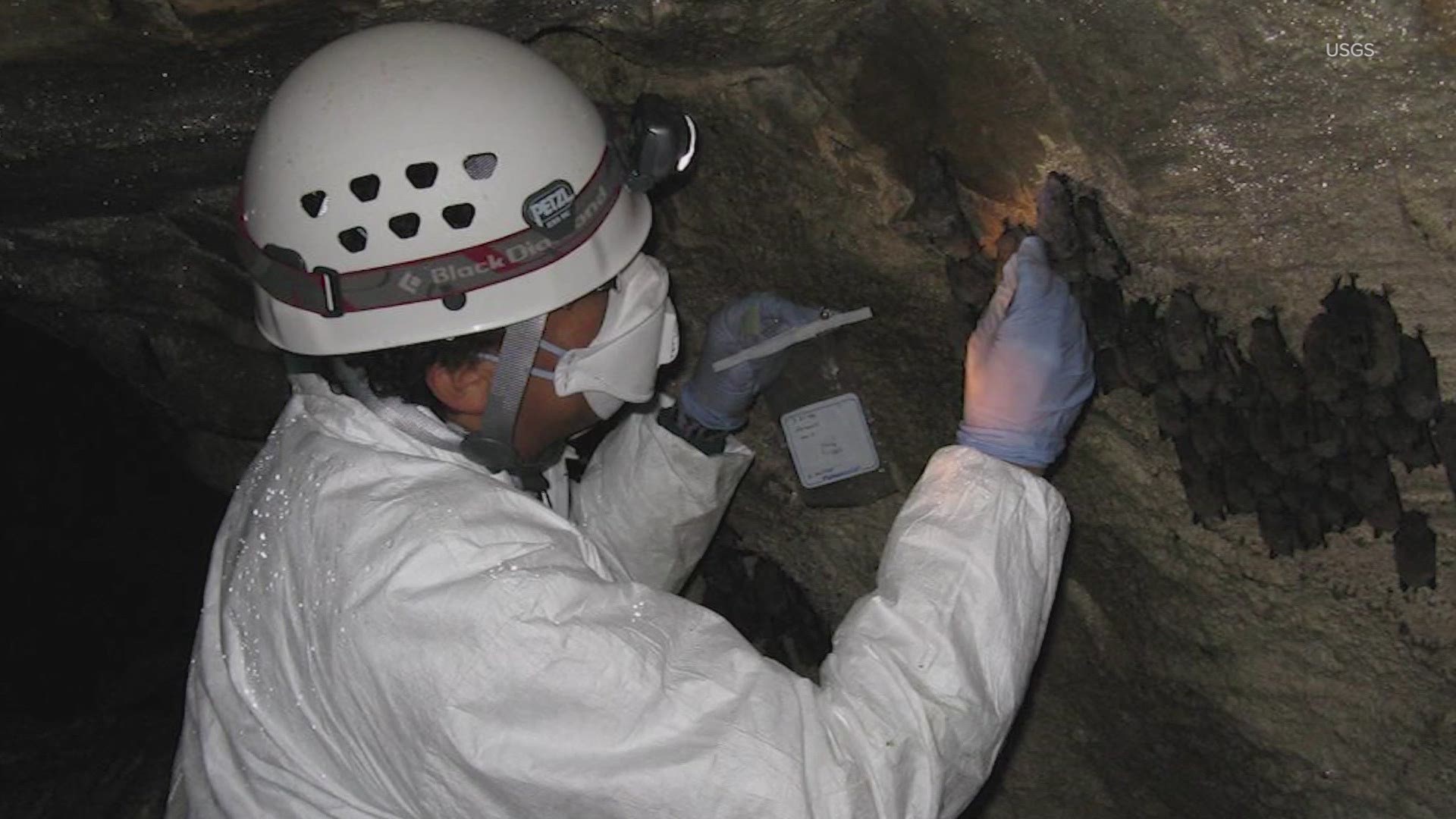 The U.S. Geological Survey released results of a study this week, which found researchers working with bats have a strikingly low risk of transmitting COVID-19 to the animals. Because the COVID-19 pandemic is believed to have jumped to humans from bats in China, there have been concerns over the potential for it to jump back to bats in North America, potentially decimating populations.

Several other species have been confirmed to catch COVID (tigers, house cats, dogs, gorillas) and in some cases like farmed minks, humans are believed to have both infected and contracted the disease from the animals.

USGS found researchers conducting winter studies had a 1 in 1,000 chance of transmitting COVID-19 to bats while working in a colony and taking no additional precautions, and the risk drops to less than 1 in 3,333 when adding PPE and pre-visit testing.

The study followed the potential for human-to-bat transmission, not bat-to-human. Bats in the U.S. are not known to carry the novel coronavirus.

“What we found is that particularly with this updated winter assessment, that the risk was pretty low to start with,” said Michael Runge, a USGS scientist and one of the study’s authors. “But the consequences of that if it were to happen are pretty large, because it might have a conservation impact on bats.”

USGS released the study not as formal guidance to states, but help wildlife managers decide how to proceed. The study followed three species of East coast bats. Two of those (the little brown and big brown bats) live in Washington, which 15 species call home.

Washington Fish and Wildlife halted field research involving bats in 2020 amid uncertainty about human-animal transmission of the novel coronavirus. The department has since resumed field research with additional precautions, including N95 masks and face shields.

“And then we’re also asking surveyors to do a quick health assessment of themselves,” said Abby Tobin, White-nose coordinator for WDFW. “Have they shown signs of COVID over the last 10 days, have they been exposed to anyone with COVID over that time period?”

She said because of existing White-nose syndrome precautions, the new bat protocols don’t vary much from the old, which sought to prevent humans bringing the deadly fungus into colonies.

The state also asked wildlife rehabilitators to stop accepting and releasing bats for a period in 2020, a restriction that has also been relaxed with additional oversight from government veterinarians.

The existing White-nose threat is also why Tobin stressed the importance of protecting bats from other threats like COVID-19. Bats play an important role in insect control and plant pollination, and an outside virus could be devastating. USGS says bats save the nation's agriculture industry $3 billion a year in pest control.

“So potentially becoming exposed to SARS-CoV-2 could affect their susceptibility to get White Nose syndrome in the winter for example, that’s just one example of one of those potential threats if exposed,” Tobin said.

Runge said while they’ve determined this specific transmission risk to be low, it’s not entirely clear why for a number of reasons: are the bats not getting enough exposure to contract COVID? Are they just not able to contract this now-human virus?

"It has evolved to infect humans,” he said. “So the question is, is there a spillover risk, is there enough of an overlap match to American bats. The jury is still out on the final answer to that question, there's a lot of ongoing studies, but the risk seems fairly low at this time."

Going forward, USGS plans to assess the transmission risk for researchers’ summer bat activities. It is also studying other potential infection vectors, including whether bats in peoples’ homes can contract coronavirus.