A new law banning single-use plastic bags in Washington starting this fall has some business owners concerned about costs after a year of economic hardships. 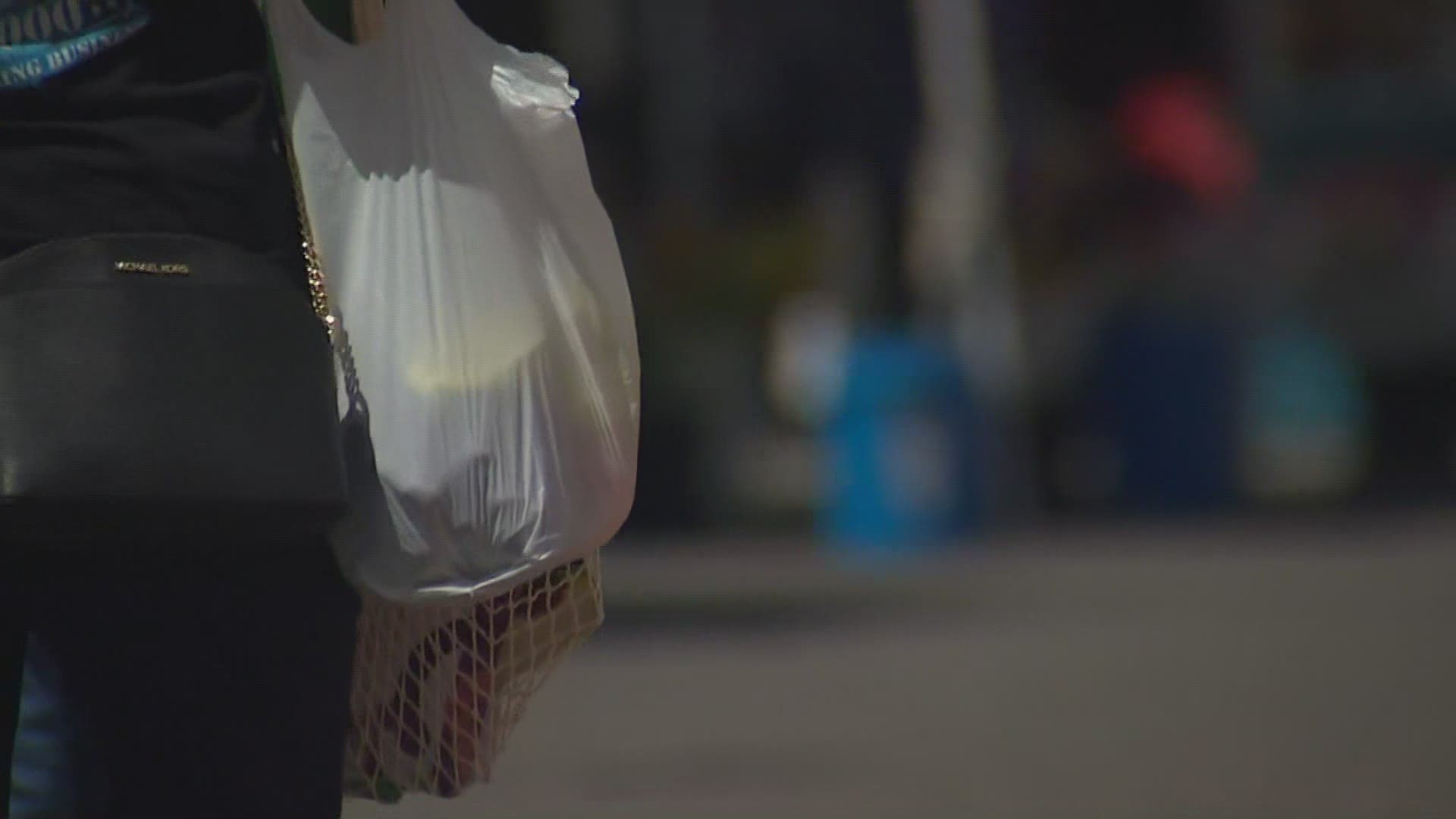 TACOMA, Wash. — As Washington moves forward with a plan to ban plastic bags in October, some small business owners say they are still recovering from the economic hardships of the pandemic and the costs of the new regulation can't be ignored.

"Cloth bags are something that’re very noble that we’re trying to do, but it is about two to three times the cost of a plastic bag," said A. Kouture of Dotz Allergy Friendly Baked Goods at Tacoma's Farmers Market. "You can get a plastic bag for less than a penny, however, the average cloth bag starts at about a dollar per bag."

The state's Department of Ecology said single-use plastic bags, most often used by grocery stores, retail business and restaurants, are a common form of pollution and hard to recycle. By getting rid of them, officials hope to ease the burden on the state's recycling system.

Valerie Foster, who runs Zestful Gardens with her daughter, has been looking forward to recovering from the pandemic as restrictions ease and more people resume their usual activities. But she said this new ban is just the latest disruption in a long line of them that she'll have to deal with.

"Our margins are really tight. Between COVID and this drought we’ve been in this year, they’re just getting tighter," Foster said. "All of the prices for everything has gone up, we don’t have the elbow room to pay four times as much for bags."

Kouture suggested that rather than putting the regulation on small businesses, state officials should look to the bigger corporations.

"I think they should start at the top," Kouture said. "If you buy a box off of one of the retail sites online, when it gets delivered to you, it may be very small, but it may be wrapped in layers of plastic, or a box inside of a box. I think if they cut into that…they would see that it would probably help the earth a lot faster, as well as not disrupt the bottom line profits for small businesses."

The ban takes effect in Washington on Oct. 1. The Department of Ecology announced the news Wednesday after a proclamation in Gov. Jay Inslee’s COVID-19 state of emergency delaying the ban was rescinded.