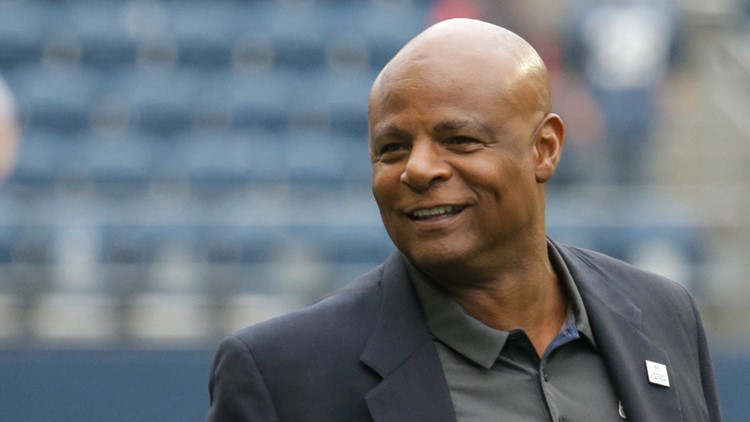 Photo by: AP
NFL Hall of Fame quarterback Warren Moon stands on the field before an NFL football game between the Houston Texans and the Seattle Seahawks, Sunday, Oct. 29, 2017, in Seattle. (AP Photo/Elaine Thompson)

Warren Moon put up ridiculous numbers in his 23 years of pro football. He totaled over 70,000 passing yards between the NFL and CFL, just one of the reasons he's the only player to be inducted into both the Pro Football Hall Of Fame and the Canadian Football Hall Of Fame.

On this week's episode of the Silvi Knows podcast, Moon talks about his struggle in the 70's to find a college willing to recruit him to play quarterback (5:00) before Washington came calling (9:25). Moon experienced the same challenge breaking into the NFL, which forced him to start his pro career in the CFL (19:35).

He eventually played 17 years in the NFL, experiencing highs and lows, like the epic collapse in Buffalo when his Oilers blew a 35-3 lead in the playoffs (28:00), or the fact he never played in a Super Bowl (28:45). Yet the 9-time Pro Bowler played in the league until he was 44, making him an authority on such things as how to fix the Pro Bowl (33:30), and why the new XFL could be an important part of pro football's future (42:40). He even talks about his brush with Hollywood (49:50).

Moon admits having regrets in his career as well as his personal life. We open the podcast talking about his recently-settled sexual harassment lawsuit. All he wants now is to return to a sense of normalcy in both his personal life and his career.