Storm pick Latvian star in 1st round of WNBA draft 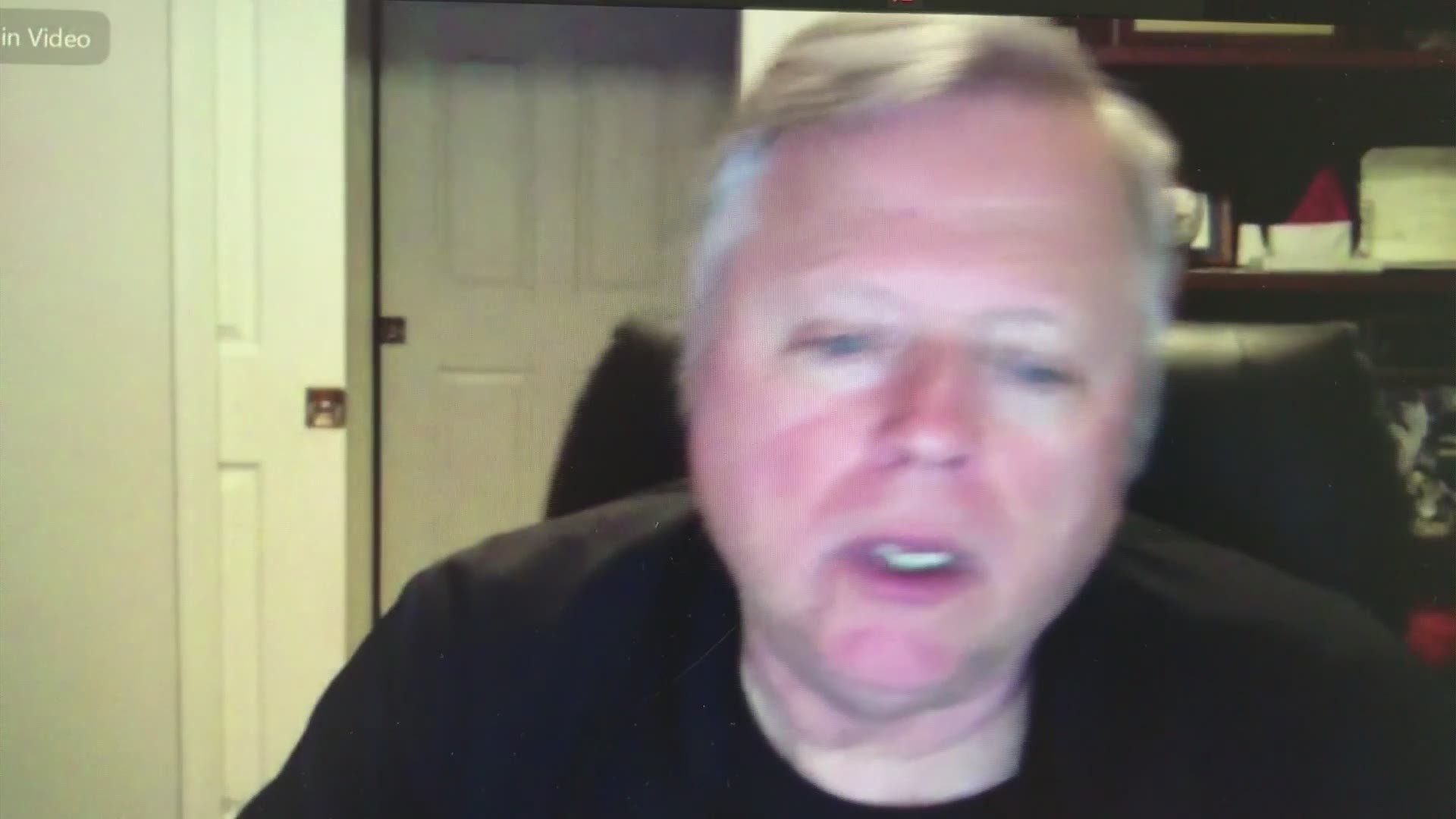 Laksa played college basketball for South Florida.  She tore her ACL in the beginning of her senior season.  Instead of playing her final year at USF, Laksa went to Latvia to play professional for TTT Riga.

Seattle will let Laksa stay in Latvia for this season and then bring her over for the 2021 season.  The Storm did a similar thing with last year's number one pick, Australia's Ezi Magbegor.

Seattle came back in the second round and selected Texas power forward Joyner Holmes.  She averaged 13.1 points per game and 8.7 rebounds.

In the third round, the Storm picked Haley Gorecki out of Duke University. The guard averaged 18.5 points per game in her senior season.

Sabrina Ionescu was the No. 1 pick, going to the New York Liberty.

The Oregon Ducks star, who set the NCAA record for triple-doubles, was the first college player to have over 2,000 points, 1,000 rebounds and 1,000 assists in her career.

Ducks teammate Satou Sabally, one of three juniors to forego their last year of college eligibility and enter the draft, went second to Dallas.

Credit: AP
In a photo provided by ESPN Images, a board in Bristol, Conn., shows the first 12 picks in the WNBA basketball draft Friday, April 17, 2020. Oregon's Sabrina Ionescu was selected with the first pick by the New York Liberty. Oregon's Satou Sabally, one of three juniors to forego their last year of college eligibility and enter the draft, went second to Dallas. (Allen Kee/ESPN Images via AP)

It’s the third time in the history of the draft that the top two picks were teammates in college.

Below is the Storm's press release about their three draft picks:

A two-time All-American Athletic Conference First Team selection, Laksa averaged 17.8 points and 3.2 rebounds per game in her career at USF and finished No. 6 in program history in career scoring. In 2017-18, her final full season with the Bulls, the Ann Meyers Drysdale Award finalist led the NCAA in free throw percentage (.965) and ranked second in scoring in the AAC (21.1 points per game). Following an ACL tear in her third game of her senior year, the Riga, Latvia native returned to her motherland and signed with TTT Riga. In seven EuroLeague appearances this season, she averaged 8.0 points and 2.6 rebounds per game. Laksa has represented the Latvian National Team and competed at the 2018 FIBA Women’s World Cup against Storm players Breanna Stewart, Sue Bird and Jewell Loyd.

In the second round with the No. 19 overall pick, the Storm selected Joyner Holmes from the University of Texas, Austin. The 6-foot-3 forward from Cedar Hill, Texas burst onto the scene as the 2017 Big 12 Freshman of the Year and collected All-Big 12 First Team honors. In her final year at Texas, Holmes paced the Longhorns with 13.1 points per game and was a top-10 finalist for the Katrina McClain award. An All-Big 12 Honorable Mention each of the last two seasons, Holmes holds the program record for most consecutive double-doubles with seven. Holmes has also suited up for USA Basketball and earned a silver medal at the 2017 FIBA U19 World Cup after posting a 6-1 tournament record.

In the third round, Seattle selected guard Haley Gorecki. Hailing from Palatine, Ill., Gorecki averaged 14.3 points, 5.5 rebounds and 3.4 assists per game in her career at Duke University, culminating with a career-high 18.5 points and 4.4 assists per game in her final season. A top-5 finalist for the 2020 Ann Meyers Drysdale Award and two-time All-ACC First Team selection, Gorecki led her squad in average points, rebounds and assists in back-to-back seasons. Her defensive contributions also garnered All-ACC Defensive Team honors during her 2019-20 season as a graduate student-athlete.