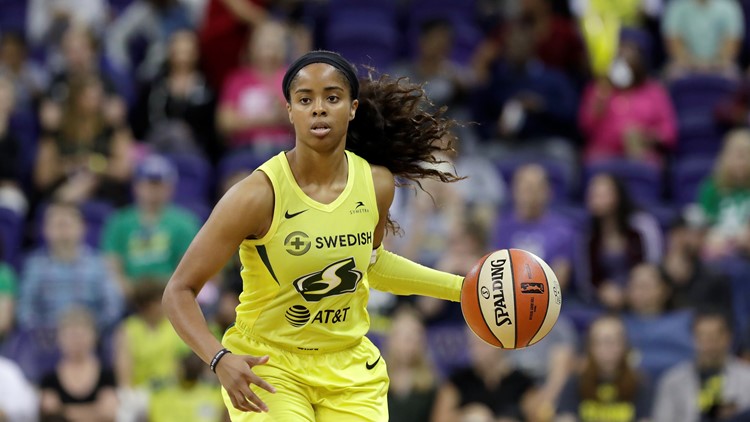 SEATTLE (AP) - Jordin Canada had a career-high 21 points, eight assists and five steals and the Seattle Storm held on for a 92-75 win over the Atlanta Dream on Sunday.

Five different Storm players scored during a 14-2 run that gave Seattle a 14-point lead when Crystal Langhorne converted a 3-point play late in the first quarter. After Renee Montgomery hit a 3 to cut the Dream's deficit to 14-12, they made just one of their next five shots and committed four turnovers during Seattle's spurt.

Atlanta's Monique Billings banked in a short jumper and then hit a 3-pointer to spark a 16-6 run that made it 77-73 with 4:29 left in the game. Alex Bentley hit a pull-up jumper and then made back-to-back 3-pointers to cap the spurt but the Dream went 0 for 4 from the field and 2 for 4 from the free-throw line and committed four turnovers as Seattle (16-15) scored 15 of the final 17 points.

Billings and Montgomery had 15 points apiece and Bentley scored 14 for Atlanta (7-24). The Dream tied their franchise record with 14 3s on 28 attempts but committed 18 turnovers.