According to the Sports and Fitness Industry Association, pickleball is the fastest growing sport in the US with a 12% increase in the past year. King 5's Chris Egan has more on the sport that was invented on Bainbridge Island and its number one player who grew up in Chelan, Washington. 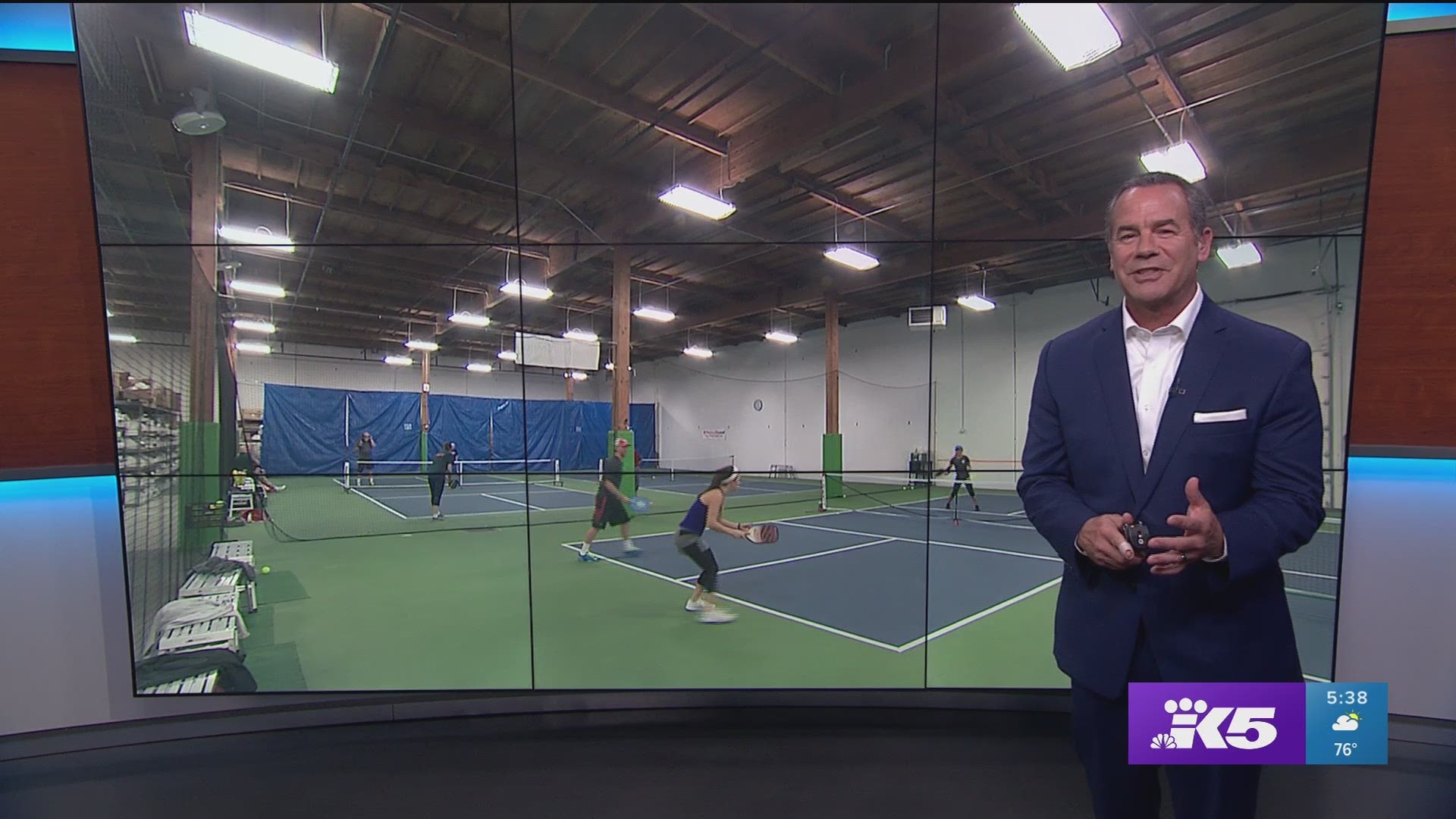 According to the Sports and Fitness Industry Association, pickleball is the fastest growing sport in the US with a 12% increase in the past year. King 5’s Chris Egan has more on the sport that was invented on Bainbridge Island and its number one player who grew up in Chelan, Washington.

At Pickleball Central in Kent, business is BOOMING. "Business is great, the business has some tailwinds behind it, the sport is growing,” says Ed Hechter, partner and CEO of Pickleball Central. "It's an overnight sensation that took 50 years to occur, the most recent report is showing that there are nearly 3 million players in the country, it's growing at a double-digit rate, even at that height, so were adding hundreds of thousands of players each year," says Hechter.

Pickleball was invented in 1965 on Bainbridge Island. From an outsider’s perspective it's a combination of badminton, table tennis and tennis. Over the past 5 decades it's been a very popular for the senior community and for people looking for some social fun while they compete. 57-year old Glen Peterson of Redmond is the number two ranked 50 and over player in the US. "I play in Redmond and we use to only have two outdoor courts and now we have 12 outdoor courts and they’re always busy, the popularity is just enormous right now,” says Peterson.

"We are seeing some athletes entering the sport, some coming from tennis, who are high level athletes, who are dominating the game at the pro level, and people are like pro, pro level pickleball, is there really a thing and the answer is yes,” says Hechter.

Tyson McGuffin grew up in Chelan, Washington and is now the number one ranked singles player in the United States. "It's pretty surreal, it didn't actually hit until I won the US Open, because last year I was top three, but I haven't lost a singles match in the last 8 months and I’ve won three majors, and it feels pretty good, but I definitely worked my butt off to get here,” says McGuffin.

McGuffin grew up wrestling, then turned to tennis in his teens. He played in college, then became a teaching pro. While in Yakima, one of his students asked him to play pickleball. McGuffin loved it. In the past few years he's won big tournaments, he’s picked up a sponsorship and now even has his own paddle. "To get to the professional level you need to pay your dues, and we've seen pro tennis and D1 players come in and it takes them a year or year and a half to get it. It's a great time to be in pickleball, everybody is hungry about it, everybody wants to get better,” says McGuffin.