Due to the uncertainty of the NFL season, Seahawks season ticket holders may request a refund or keep credit on account for 2021 renewal. 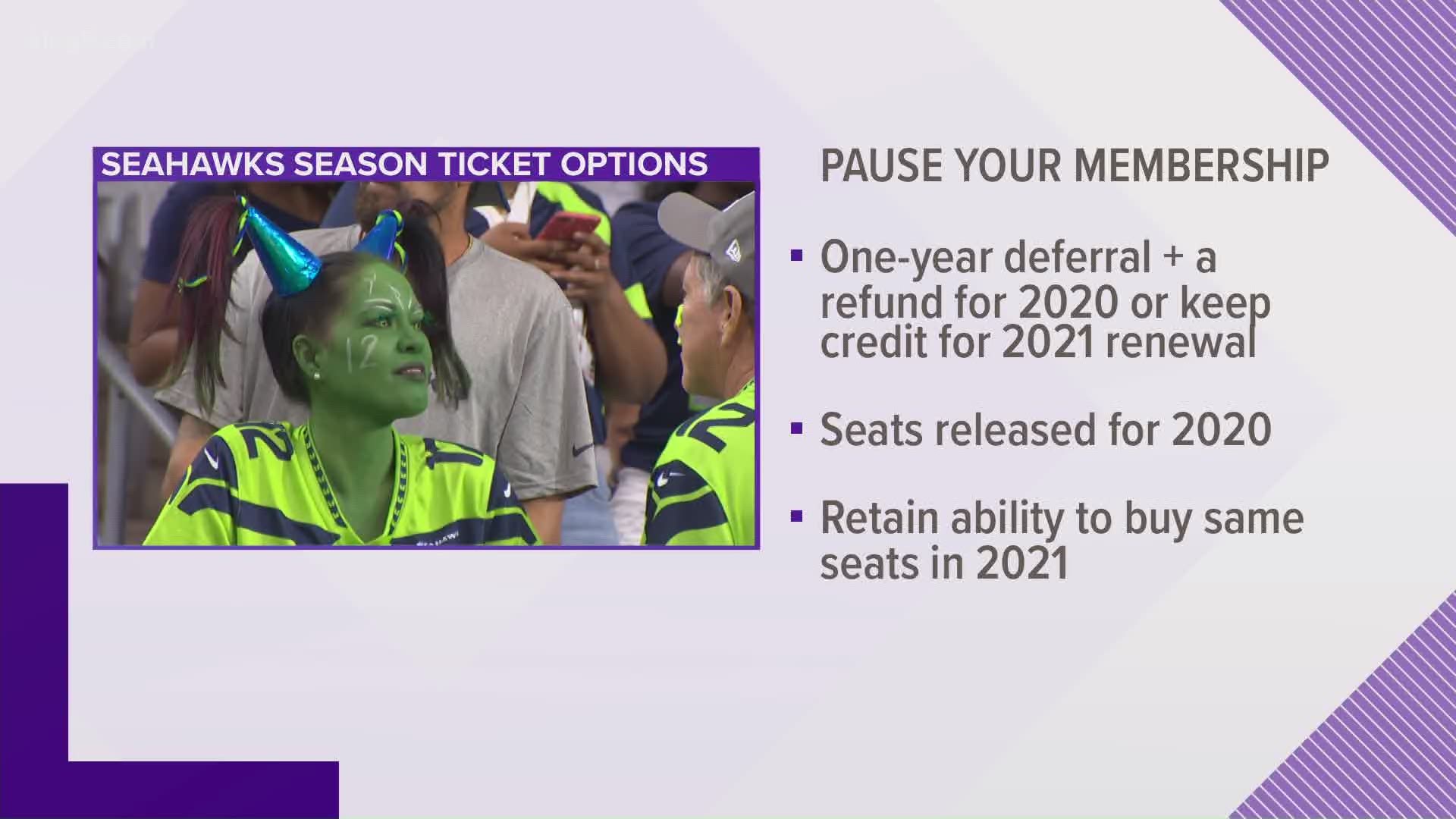 RENTON, Wash. — Because of the "uncertainty" of the upcoming NFL season due to the coronavirus outbreak, Seahawks season ticket holders have the option to pause their membership.

Season ticket holders can either request a refund for the 2020 season or keep credit on account for 2021 renewal, according to an email sent Thursday to ticket holders.

Ticket holders who do not respond to the Seahawks will automatically be credited for the 2021 season if the upcoming season is canceled.

The announcement comes as the NFL and its players' union work out details that would allow players to opt-out of the 2020 season due to the pandemic. The reported plan would require players to announce their intention to opt out by a certain date.

The NFL recently decided to cut its preseason from four games to two. The NFL Players Association recommended to cancel the preseason.