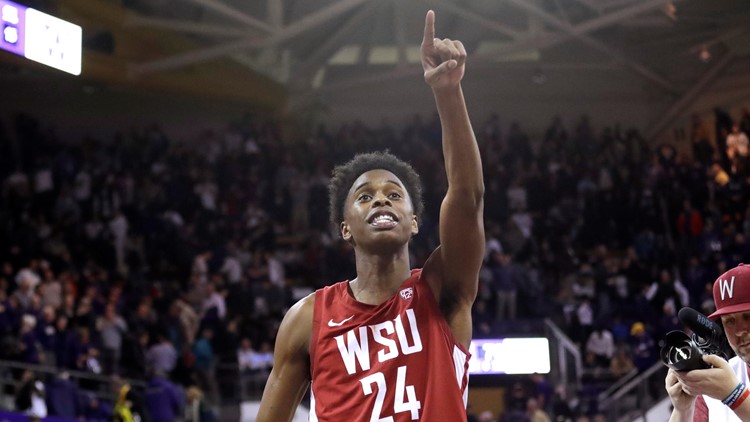 SEATTLE (AP) — CJ Elleby scored 21, Isaac Bonton scored 18 of his 20 points in the second half, and Washington State completed a season-sweep of rival Washington with a 78-74 win.

Former O'Dea standout Noah Williams added 15 points on his birthday.  This was his first collegiate game in Seattle.

The Cougars swept the season series for the first time since the 2016-17 season. It's WSU coach Kyle Smith's first Pac-12 win on the road.

Washington State built a big halftime lead, watched Washington rally to take the lead midway through the second half before the Cougars rallied and held on in the closing minutes.

Jaden McDaniels led Washington with 19 points. The Huskies snapped a nine-game losing streak last Saturday with a win over California, but lost yet another close game in conference play.

Elleby also hits the one-thousand point milestone in his career.  He did it in 61 games, 3rd fastest in WSU history.  Klay Thompson moves into 4th, achieving the milestone in 63 games.