Seattle rock band has message for fans: It's OK to talk about mental health 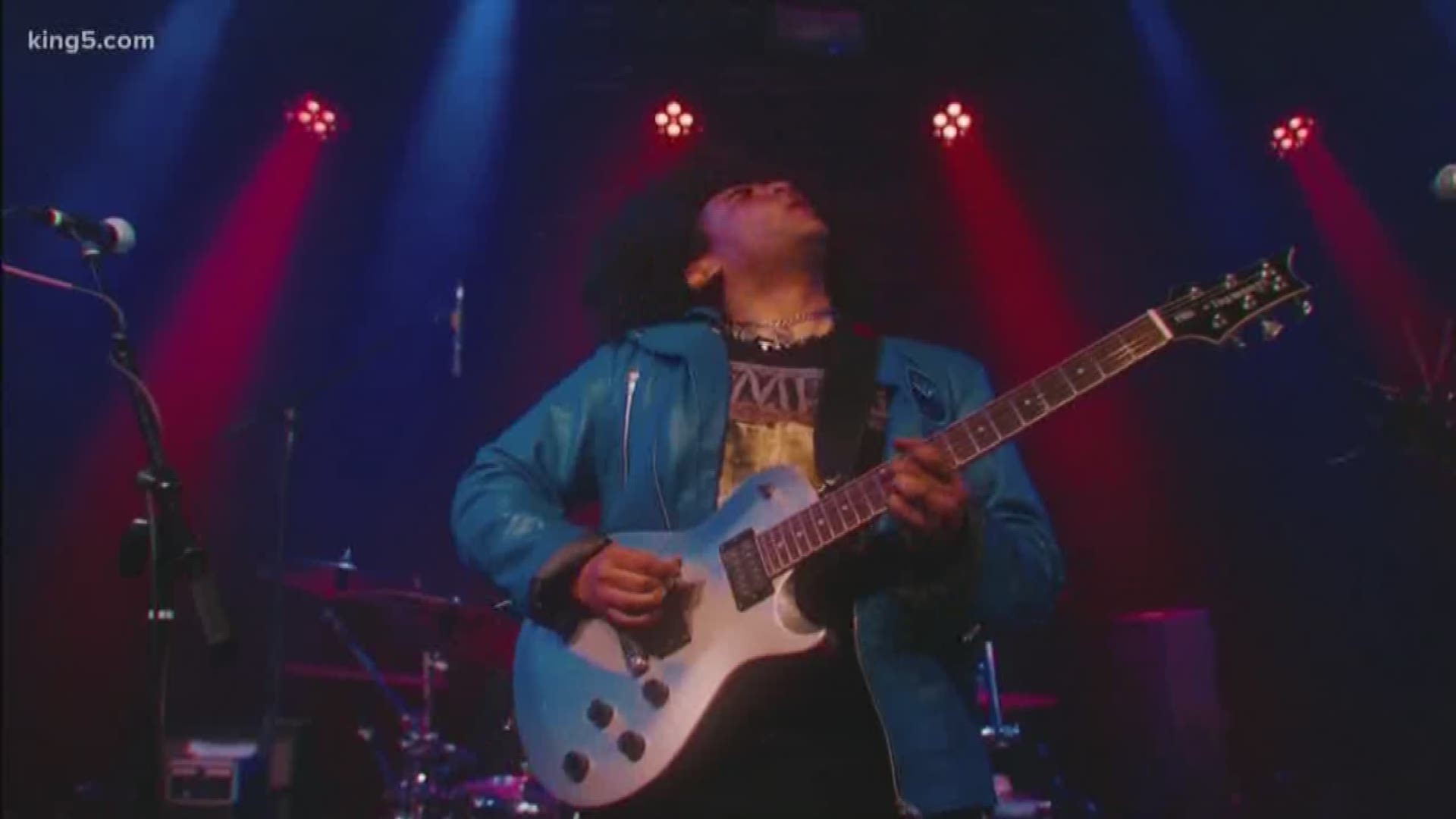 SEATTLE — A Seattle band has a message for their audience: It's OK to talk about mental health.

They hope their new album blasts away the stigma surrounding depression, suicide, and mental illness, with a message that resonates with young listeners.

“It's powerful to be able to tell your story and to be heard,” said Cory Cavazos, a cellist in the band Gypsy Temple, which just a released a new album, King Youngblood.

Gypsy Temple isn't like other rock groups. It blends in strings, horns, and honest conversations about what the college-age band members and their peers are experiencing.

“At the age of 14, I was diagnosed with schizophrenia and then later bipolar type 1 disorder, and so being in a band where I can talk openly about that is something really empowering for me,” Cavazos said.

In the run-up to their album debut, the band sat down with their manager at the Fremont Riveter workspace to brainstorm ideas for advocacy during their upcoming tour.

Gypsy Temple partnered with the National Alliance on Mental Illness to develop a campaign called Hold Your Crown, which provides resources for young people grappling with depression, anxiety, and thoughts of suicide.

They talk about all of it on-stage and tell their audiences where to find help.

“Through middle school, high school and college, being able to talk about that has always been incredibly hush-hush and I don’t think that’s something that should be hush-hush, it should be as natural to talk about as why you go to the gym,” Lavi-Jones said.

The band also performs in schools and at youth conferences, hoping to connect with teens who might otherwise stay silent.

“Growing up it would’ve been amazing to have a band that I looked up to talk about mental health and mental illness,” Cavazos said.

For more information on getting help for mental health conditions, visit the National Alliance on Mental Illness.