Following the siege on the U.S. Capitol building, soldiers and airmen are being called in to support law enforcement in Washington D.C. 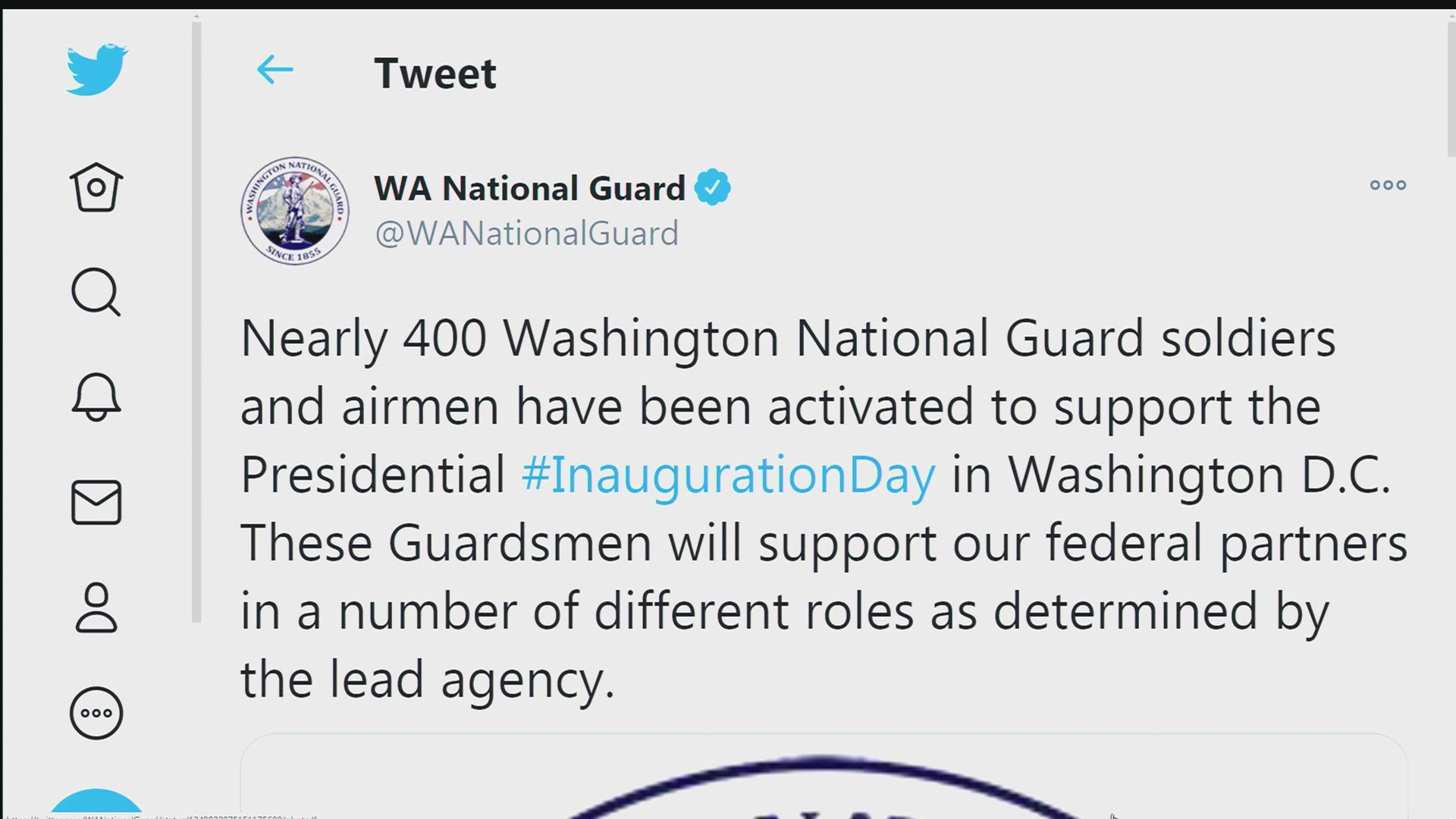 WASHINGTON, D.C., USA — Nearly 400 Washington National Guard soldiers and airmen have been activated and are being sent to Washington D.C. for the presidential inauguration on Jan. 20.

The soldiers and airmen will support their federal partners.

President-elect Joe Biden and Vice President-elect Kamala Harris will both be sworn in that day. However, it will look different due to the pandemic and recent siege on the U.S. Capitol as the certification of the Electoral College was underway.

Hundreds of National Guard troops are already at the Capitol to reinforce security.

Up to 15,000 Guard members are expected to be on duty in the coming days in Washington D.C. to support law enforcement.

The inauguration of Biden and Harris will be held on the same risers in the same spot that the U.S. Capitol mob descended. But the two events aren't even comparable from a security standpoint, said Michael Plati, U.S. Secret Service special agent in charge, who is leading the inauguration security.

The inauguration is designated as a “national special security event," which clears the way for communication, funding and preparation between multiple agencies in Washington, like the Capitol Police, Pentagon, Homeland Security and District-area police.