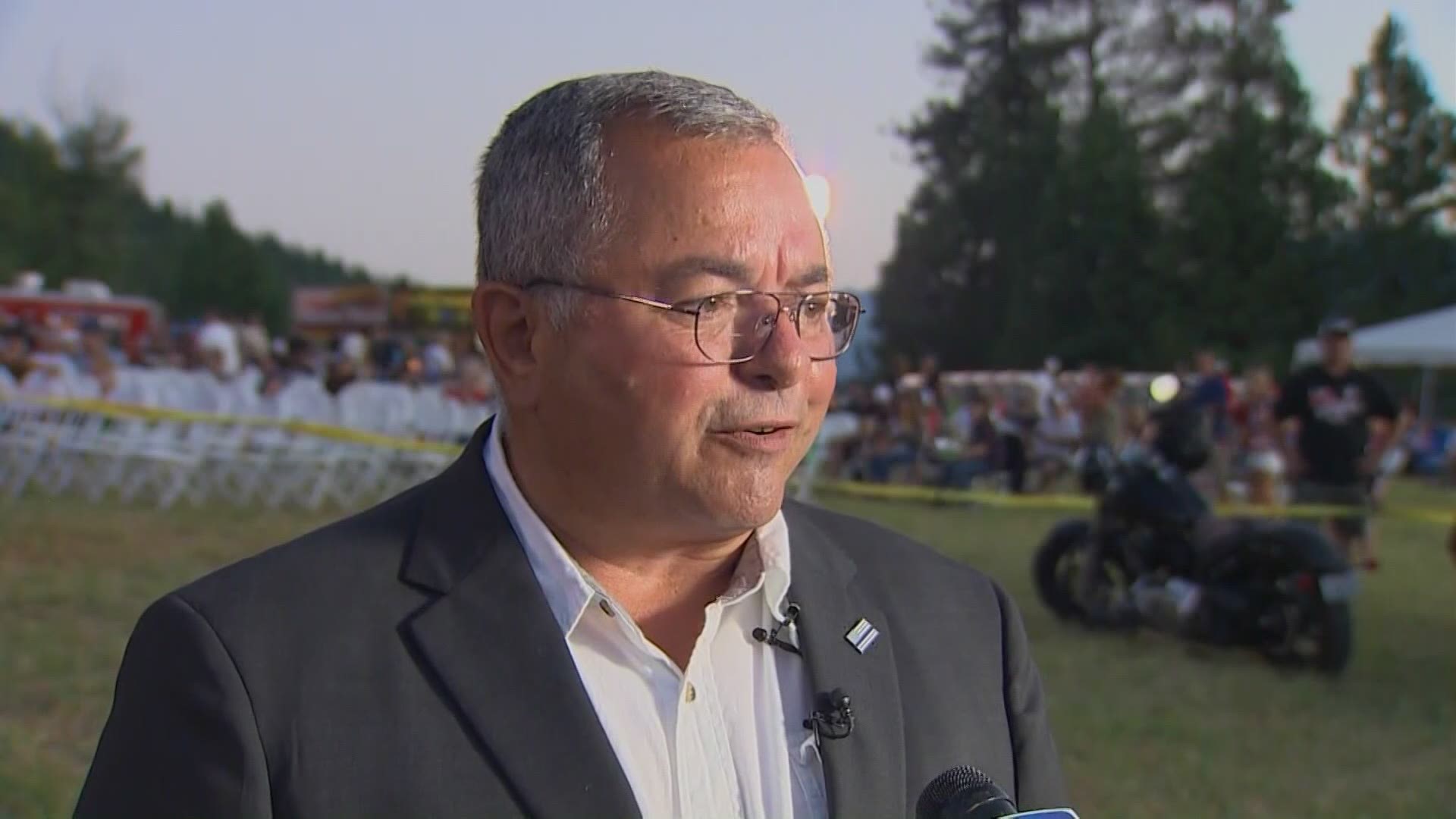 The lawsuit lists the auditors for Whatcom, Island, Skagit, King, Pierce, Thurston, Spokane and Clark counties. The suit originally listed Wyman but an amended complaint was filed on Dec. 24.

According to court documents, the campaign claims, “The process by which this election was held was unlawful under both state and federal law.”

In the lawsuit, the campaign claims the voter registration address list data showed “many discrepancies and anomalies which destroyed the integrity of the vote in Washington.”

The lawsuit also claims people who aren’t American citizens could have voted in Washington’s election. The suit offers no evidence of this occurring. The lawsuit claims this could happen because someone with no legal immigration status in the U.S. can get a driver’s license in the state by only proving their identity and state residency. Washington state also allows someone to register to vote while they’re applying for a license or ID card.

The lawsuit goes on to say the defendants failed to determine if the registrants were alive, living in the U.S. and Washington state, if they were previously registered to vote or had signed an oath on their application.

The lawsuit also includes a temporary restraining order prohibiting the Secretary of State from “altering or destroying any registration or driver’s license application…” and other election information.

The campaign asks that a forensic auditor be appointed to perform an audit of the election, including voter registration documents, paper ballots, their quality and count, the vote counting machines, their random results when tested and the voting results in Whatcom, Island, Skagit, King, Pierce, Thurston, Kitsap, Spokane and Clark counties.

"They've presented no evidence yet to support their points," Spokane County Auditor Vicky Dalton said. "That's all we're asking for, present us the evidence."

The campaign held a Facebook Live Tuesday at 7 p.m. to “discuss the suit and the evidence of illegal votes” with campaign attorney Stephen Pidgeon and political consultant Chris Gergen.

"All of these things that we have discovered, it's all public knowledge," Culp stated. "Most of the stats and the data, we got off of the state websites, the county websites. Anybody could look it up."

The problem with Culp's claim is that none of what he's alleging is public knowledge nor is it available online.

Pidgeon stood in front of an Excel spreadsheet and said he did not release the evidence to the public because the document files were "too big." He also added that the campaign had to spend $12,000 to access all of the "evidence."

"Among the claims in the lawsuit, Culp is alleging that almost 600 deceased people voted in Spokane County. Where did he get this information?" KREM 2's Morgan Trau asked Dalton.

The men showed no proof, but they did confront Dalton for not looking into the evidence the campaign won't release.

"We have contacted all the defendants in the case," Pidgeon said. "We are just waiting for the county auditors to accept service electronically and we can send all the files to them."

Dalton said she can't investigate the claim of voter fraud since Culp's team has not sent her any evidence to support the claim.

She emailed a member of the team on Monday, November 30th, saying, in part:

"Please send me the files for Spokane County so that we can review them... We will contact you after the files are researched."

She never heard back.

"All we're asking for is the information so that we can reinvestigate and review and determine if there are any problems," Dalton added. "Or to put those claims to bed and show that the logic and the interpretations are incorrect."

The men say they are updating Culp's website with what they say is the evidence in the near future. Until then, county auditors can't start investigating.

The Culp campaign posted about the suit on Facebook Monday evening saying, “Who’s getting sued? Pretty much everyone.” The campaign also posted the first four pages of the lawsuit.

In a statement earlier this month, Wyman's office debunked Culps' claims and said, "We have safeguards in place before, during, and after each election, and conduct numerous audits throughout, to ensure all election functions and processes are operating properly and accurately."

Spokane County Auditor Vicky Dalton said she has not been served yet but did offer the following statement:

To date, Mr. Culp has not provided evidence to me or my office to substantiate his voter fraud allegations. I urge anyone who has substantiated knowledge of voter or ballot fraud to provide the detailed evidence to the appropriate county elections official or to the Secretary of State’s Office.

Along with my fellow election officials, I take allegations of voter fraud seriously.  If credible evidence is provided, we will investigate and evaluate.  When appropriate, our findings will be forwarded to law enforcement and county prosecuting attorneys for their review and possible prosecution.