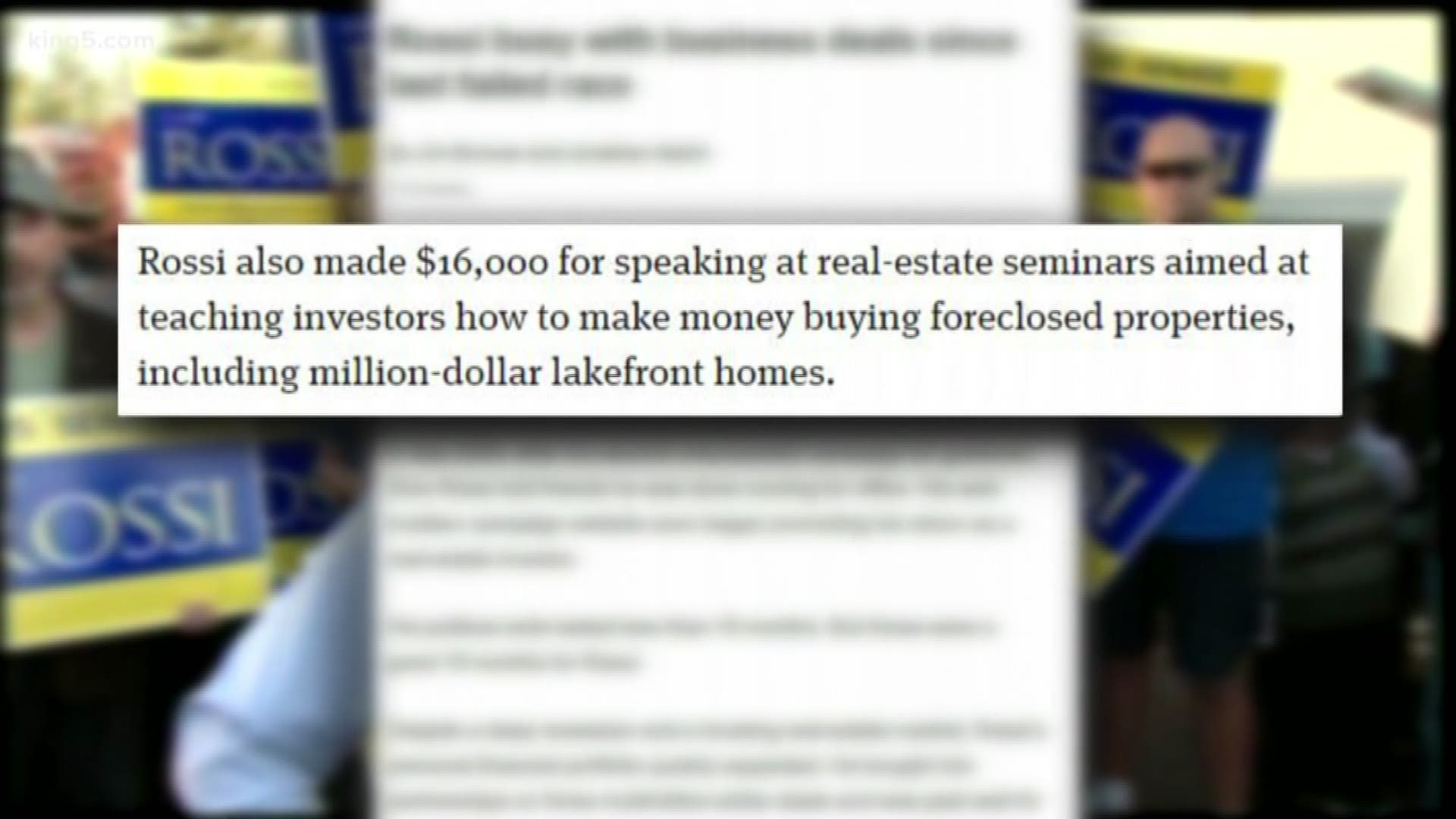 KING 5 will be working all campaign season to fact-check political ads flooding your airwaves.

“As a real estate investor, Rossi taught a seminar on how to profit when people lost their homes during the foreclosure crisis,” the Democratic Congressional Campaign Committee ad says.

The ad references media coverage in 2010 when multiple organizations reported on Rossi’s participation in a series of real estate seminars on foreclosures.

The Seattle Times reported, “Rossi made $16,000 for speaking at real-estate seminars aimed at teaching investors how to make money buying foreclosed properties, including million-dollar lakefront homes.”

KING 5 also confirmed he participated in the seminars, but a spokesman says Rossi did not speak specifically about foreclosures.

However, his participation made headlines that year and elicited attacks in his past race for U.S. Senate.

The new ad also focuses on Rossi’s early career with real estate company Capretto & Clark, a firm he joined in the early 1980s.

“Rossi kept working with a shady investor even as he was indicted for fraud,” the ad says.

The line references firm owner Melvin Heide who ended up going to prison for fraud in 1990.

The Seattle Times reports that Rossi remained working for Heide even after Heide’s illegal practices came to light. However, it’s important to note Rossi was not accused of any wrongdoing.