President Donald Trump made the announcement during a speech in the White House Rose Garden. 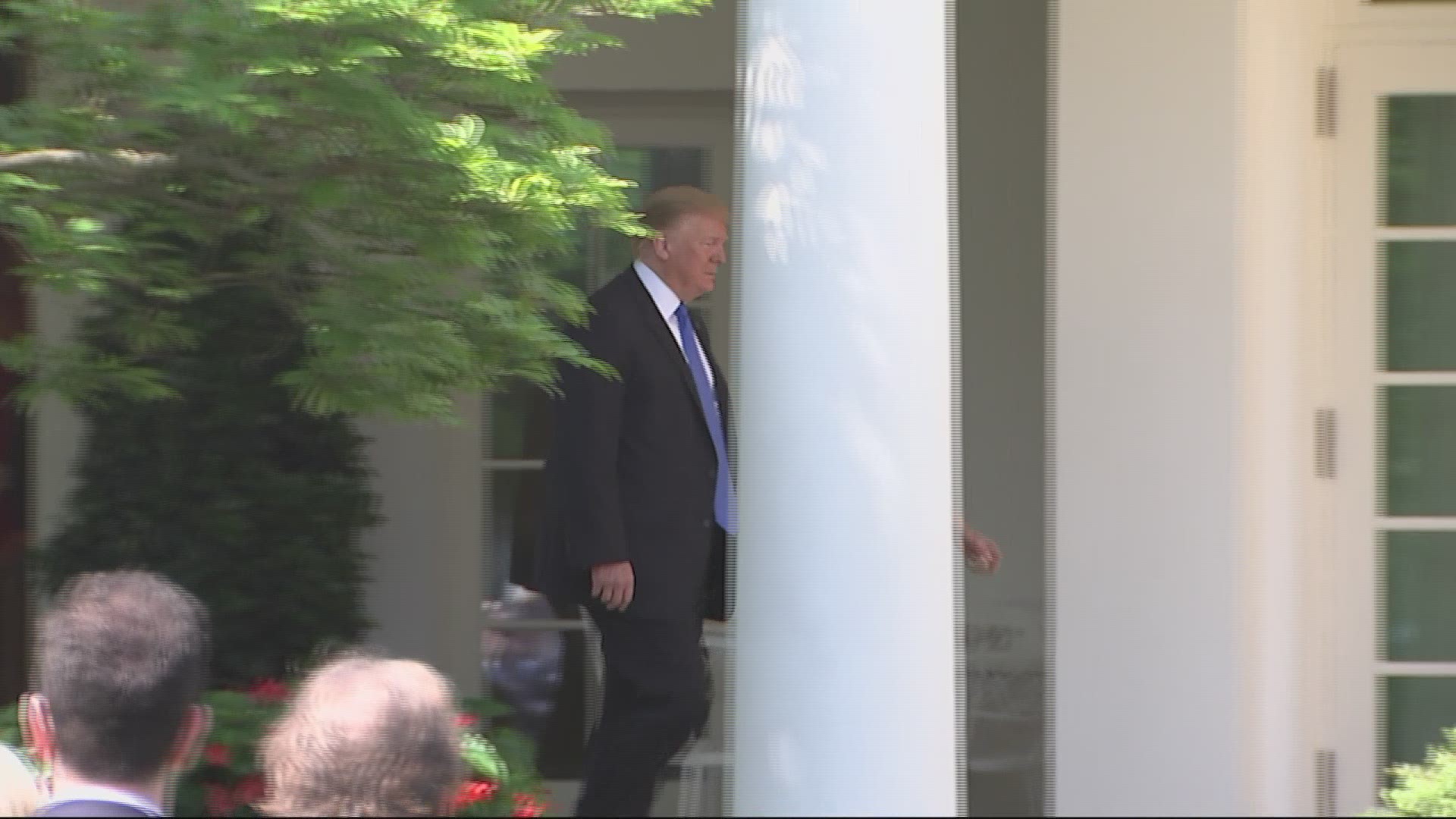 The Trump administration on Thursday moved to protect the rights of clinicians who object to participating in abortions with a regulation intended to safeguard those with religious and moral objections.

President Donald Trump made the announcement during a speech in the White House Rose Garden to mark the National Day of Prayer.

"Just today we finalized new protections of conscience rights for physicians, pharmacists, nurses, teachers, students and faith-based charities," Trump said. "They've been wanting to do that for a long time."

The conscience rule was a priority for religious conservatives who are a key part of Trump's political base, but some critics fear it will become a pretext for denying medical care to LGBT people.

According to the Department of Health and Human Services, the rule requires hospitals, universities, clinics and other institutions that receive funding from federal programs such as Medicare and Medicaid to certify that they comply with some 25 federal laws protecting conscience and religious rights.

Most of these laws and provisions address medical procedures such as abortion, sterilization and assisted suicide.

Clinicians and institutions would not have to provide, participate in, pay for, cover or make referrals for procedures they object to on moral or religious grounds, HHS said. The rule also addresses conscience protections involving so-called advance directives that detail a patient's wishes for care at the end of life.

Asserting that previous administrations have not done enough to protect conscience rights in the medical field, HHS under Trump created a new division within its Office for Civil Rights to investigate complaints.

HHS said last year the office received more than 1,300 complaints alleging discrimination in a health care setting on account of religious beliefs or conscience issues. There was only a trickle of such complaints previously, officials said, about one per year.

The National Women's Law Center, which advocates for abortion rights, said in a statement that the regulation will allow "anyone from a doctor to a receptionist to entities like hospitals and pharmacies to deny a patient critical — and sometimes lifesaving — care."

"Personal beliefs should never determine the care a patient receives," it said.