Wildfire on island near Port Townsend holding at 22 acres

Protection Island is west of Port Townsend and provides a rare, undeveloped habitat for nesting seabirds of the Salish Sea. 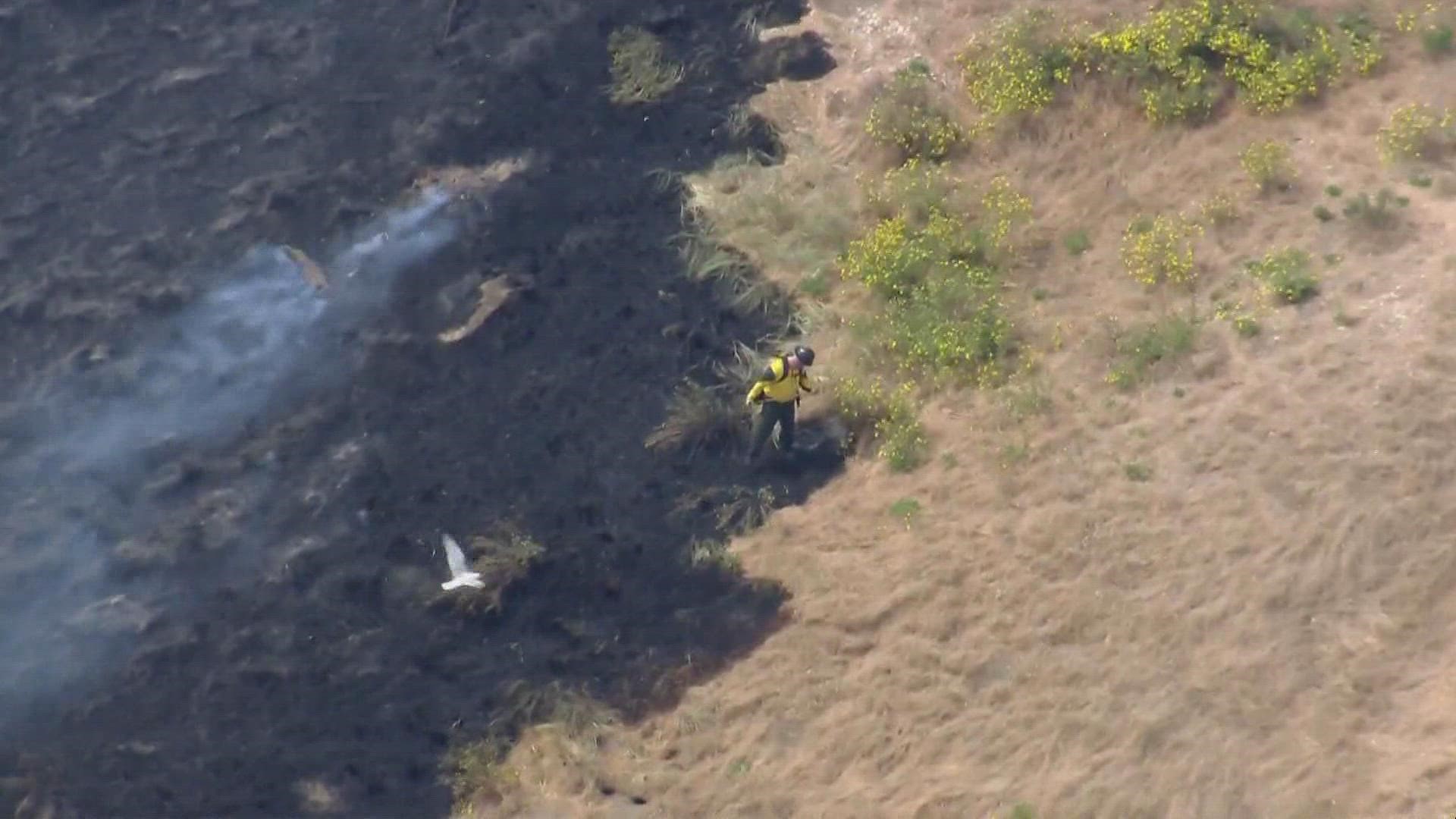 PORT TOWNSEND, Wash. — A wildfire burning on a small island west of Port Townsend is holding at about 22 acres as of Wednesday morning.

A spokesperson with the Department of Natural Resources said that, while it is on federal land, they could say there was no new fire growth Wednesday morning.

A forest service crew and a DNR helicopter were on scene Tuesday but there are no longer any DNR resources on the fire Wednesday.

"That’s reflective of our optimism that the fire is well under control," a DNR spokesperson said.

The island is closed to visitors to protect the habitat.

The fire was first reported Tuesday and had burned 10 acres by the afternoon.

Marty Bluewater, the only person who lives on the island, said he was already on his way to visit Seattle when he received news of the fire. He had left the island around 12:30 a.m. Tuesday with his friend via his friend's yacht.

"Couple hours into the trip, I started getting phone calls from everywhere talking about a fire," Bluewater said.

Bluewater bought his home in 1971 and in the last year and a half, has lived there full time. "First day I was on there, I realized what a special place it was," Bluewater said.

Bluewater, a former business manager at Woodland Park Zoo in Seattle, said he was grandfathered in to keep living on the island when the former private development his home was on turned into the present-day wildlife refuge.

"For me, it was a dream come true," Bluewater said.

Bluewater said as far as he knew, his home was not damaged and guessed the fire came about a quarter-mile from his home.

"It does look like it happened in pretty much just a grassy area and not where there was a lot of wildlife so it should recover pretty quick, so that's the good part," Bluewater said.

The cause of the fire remains unknown and under investigation.

The fire caused smoky conditions in the Cape George and Discovery Bay areas, according to East Jefferson Fire rescue. 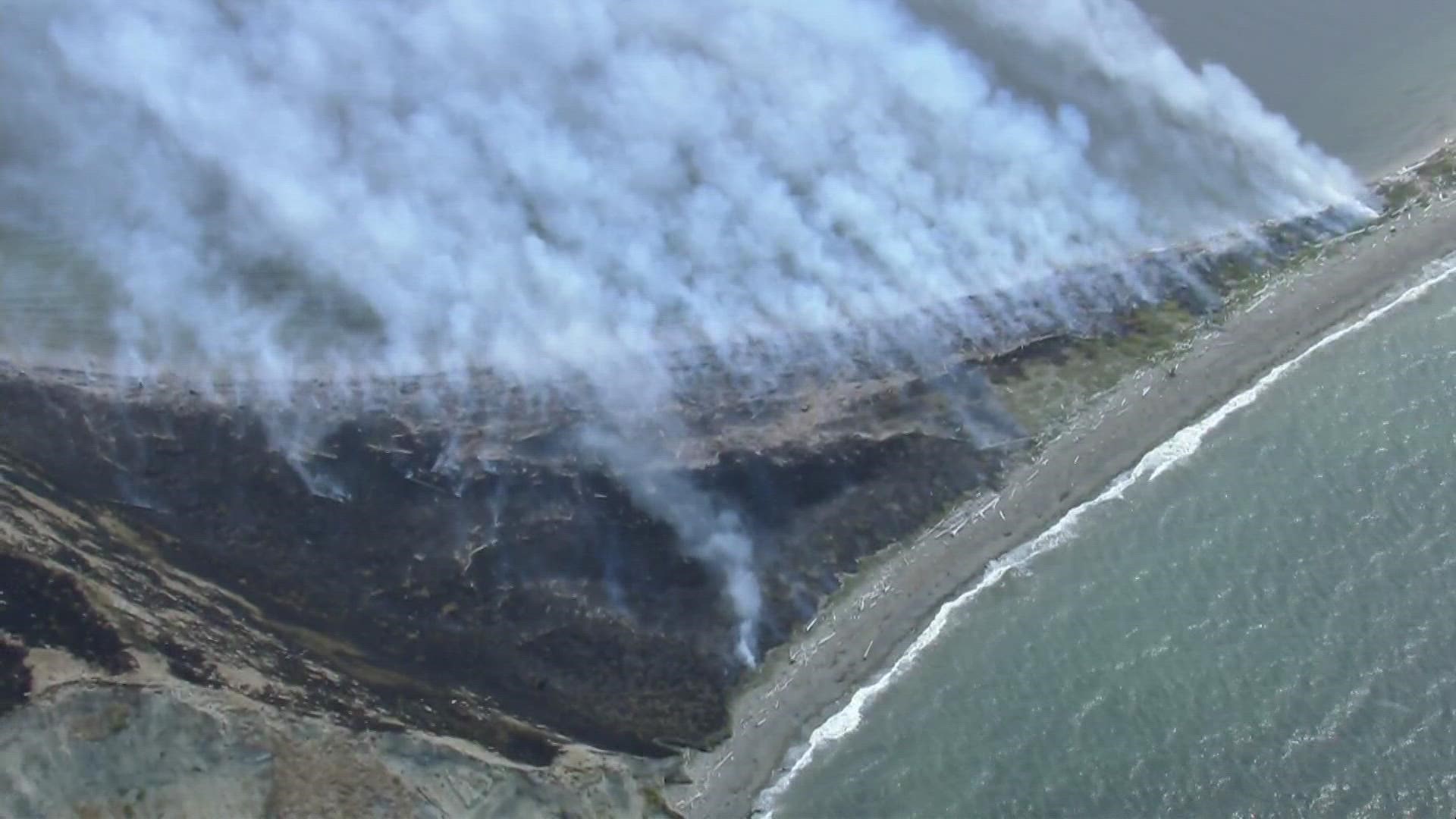