Endangered Southern Resident orcas get new protection from US government

The new rule offers an additional 15,910 square miles of protected habitat for the orcas from the Canadian border down to Point Sur, California. 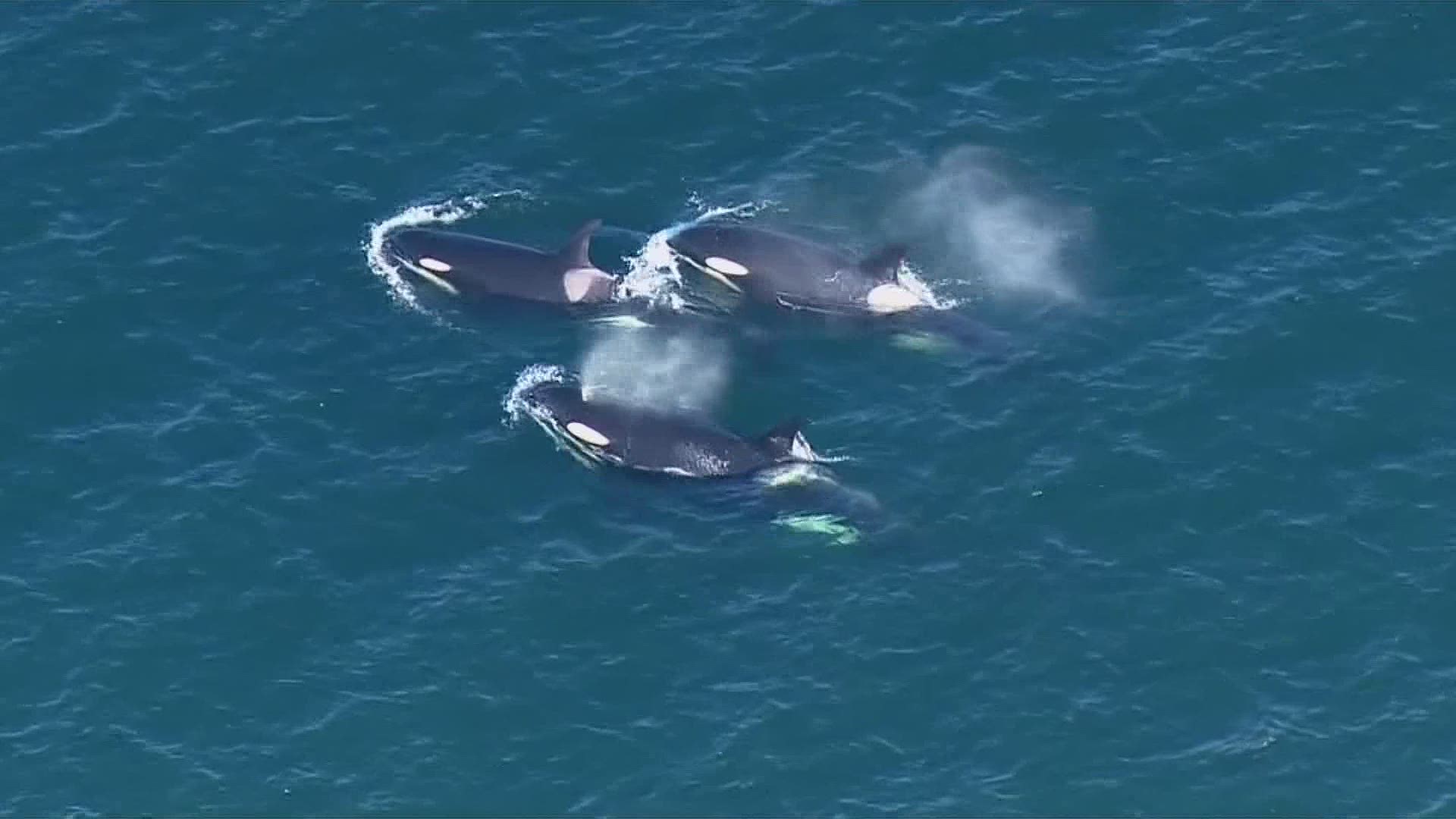 Editor's note: The above video previously aired on KING 5 in July 2021 when the region had gone 100 days without seeing the Southern Resident orcas.

While the Southern Resident orcas spend much of the summer in the Puget Sound and Salish Sea, which have been protected as critical habitat since 2006, they travel along the West Coast during the winter and early spring, according to The Center for Biological Diversity.

“These critically endangered orcas are finally getting the federal habitat protections they desperately need,” said Julie Teel Simmonds, an attorney at the Center in a news release. “This long-overdue habitat rule will help save these extraordinary animals and their prey from pollution, noise, harassment and habitat degradation. But we have to do more to help this endangered population rebound, including restoring the native salmon runs they need to survive.”

A study published in March found that the endangered orcas in the region typically feed almost exclusively on Chinook salmon in the inland waters during the summer months. Most of that salmon comes from Canada’s Fraser River.

The lack of Fraser River Chinook salmon is believed to be caused by more difficult spawning conditions due to environmental changes and habitat degradation.

In 2019, groups called for leaders to act and replace floodgates along the Fraser River and clean up known contamination hotspots in Puget Sound and in the Fraser River delta, among other things.

There are currently 74 Southern Resident orca whales in the three resident J, K and L pods, according to the Center for Whale Research. The whales have in recent years been at their lowest numbers since the 1970s.