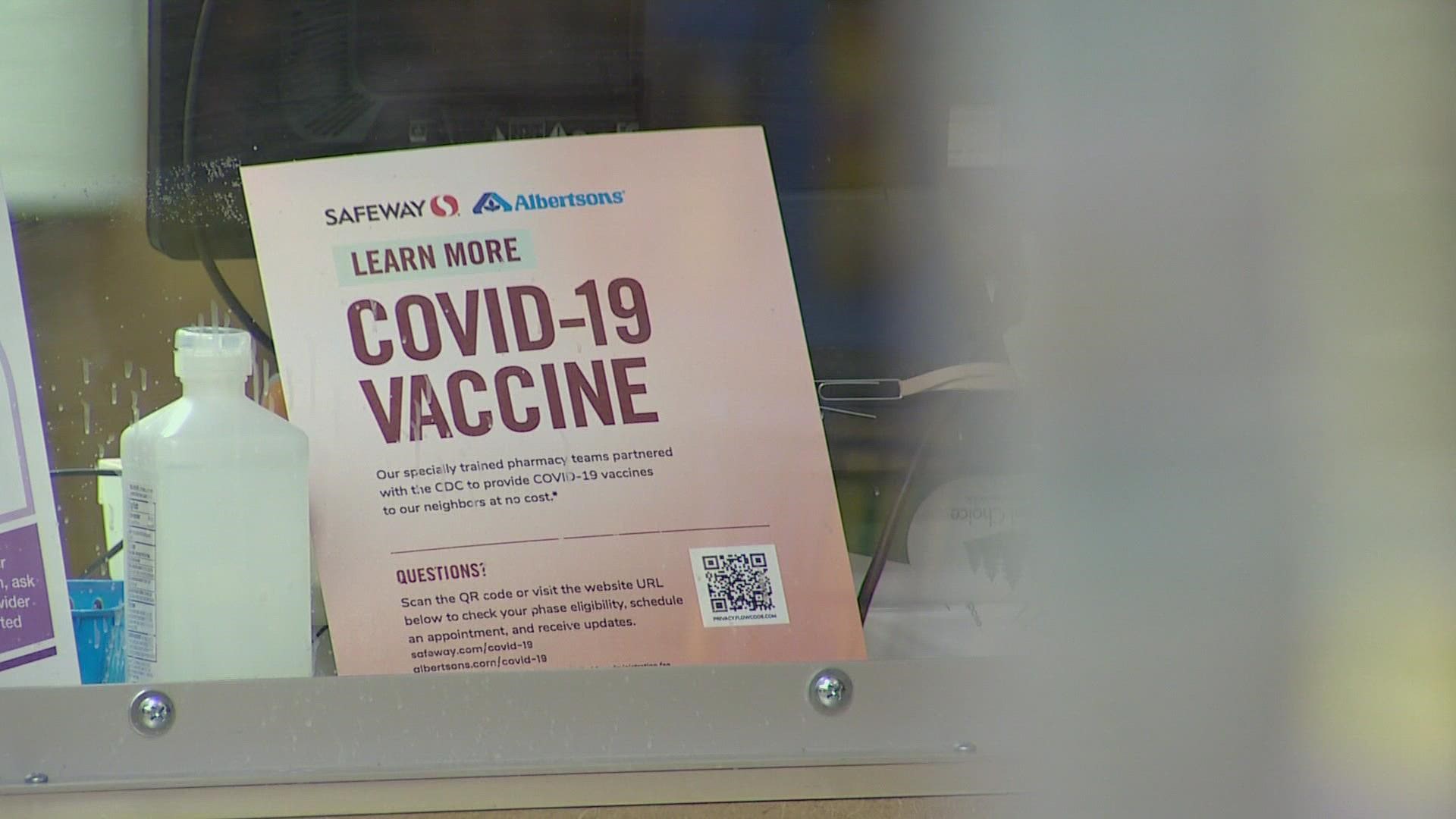 SEATTLE — About 88% of Washington state’s hospital staff will be fully vaccinated against COVID-19 in time for the mandate deadline on Oct. 18, according to a recent survey.

Cassie Sauer, CEO of the Washington State Hospital Association (WSHA), and a panel of speakers discussed the survey results Monday. The survey was conducted last week to see how many health care workers would not be fully vaccinated against COVID-19 in time for the state mandate deadline.

The remaining 12% of staff not reporting full vaccination include staff that are still partially vaccinated, have an approved exemption and accommodation, have applied or plan to apply for an exemption and are awaiting review, have not provided vaccination verification yet and those who are choosing to not get vaccinated.

One example of accommodation for those who got exemptions approved, according to Sauer, is the option to work remotely in telemedicine.

WSHA found that it is anticipating 2-5% of hospital staff could leave the workforce because of the mandate, but the final number likely will not be known until early November. That translates to roughly 3,000-7,500 hospital workers statewide.

The survey began after Oct. 4, which was the last day to get the Johnson & Johnson vaccine or the second dose of the Pfizer or Moderna vaccine to be considered fully vaccinated by Oct. 18.

The survey's goal was to gather an accurate picture of where hospital staff is in order to forecast how many workers will be lost because of the mandate and what services would be impacted. It covered all hospital employees except for military hospitals and psychiatric hospitals.

Sauer and the panel of speakers continued to express concern about the immense strain on hospitals and high levels of staff burnout. Another cause for concern is the onset of respiratory season with the cooling weather, which could send cases of influenza spiking as well as other fall and winter diseases.

In addition to the staff questions, the survey asked hospitals about the potential impact of staff losses. WSHA said several hospitals reported they will need to reduce or consolidate some services.

Since its inception, Gov. Jay Inslee’s vaccine mandate for many state employees, health care workers, school employees, among others, has received major pushback despite Washington being among the most highly vaccinated states in the country.

Washington State Ferries was forced to cancel hundreds of sailings last week as workers called out sick in protest of the mandate.

WSHA said that it is very concerned about the impacts of the mandate on other services surrounding health care like long-term care facilities and emergency responders.

The latest data shows that more than 70% of the state’s eligible population is fully vaccinated against COVID-19.

Meanwhile, the rates of COVID-19 cases and hospitalizations have steadily declined from the record highs seen through the end of August.

As of Monday morning, there were 1,101 COVID-19 patients in hospitals across the state, down from more than 1,700 patients a few weeks ago.

Sauer said that, despite the decline, the number of deaths in the state remains high at 15 to 20 per day.

"That would be as if a medium-sized jet was crashing in Seatac or Spokane every week, or if a duck boat was crashing every day," Sauer said. "It’s a community tragedy that is going unrecognized at this moment.”

More than 8,000 people have died from COVID-19 across the state.