The beloved Bothell business could be impacted by construction related to SR 522 Bus Rapid Transit project, part of the ST3 initiative approved by voters in 2016. 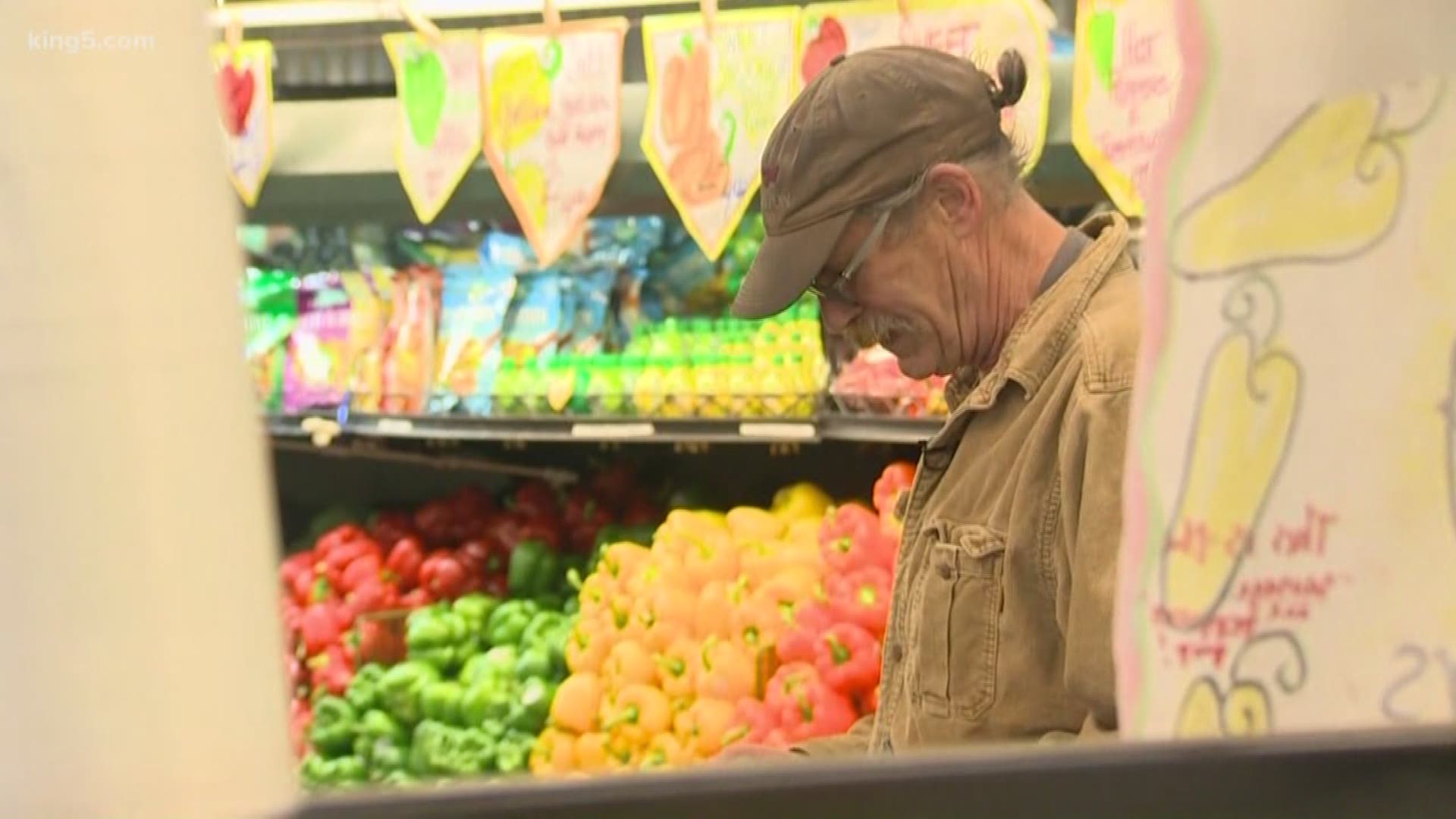 BOTHELL, Wash. — The Yakima Fruit Market in Bothell could be impacted by construction for a Sound Transit project approved by voters in 2016.

The place has been a fixture on Bothell Way NE. The business began 81 years ago.

Stuart Poage started working at Yakima Fruit Market and Nursery at age 14, and he never stopped.

Poage's dad owned it, and eventually sold it to him. He has been able to keep the family business going, but now that tradition is threatened.

The State Route 522 Bus Rapid Transit project, which is part of the ST3 initiative approved by voters in 2016, could have an impact on the fruit market.

The project aims to provide fast and frequent service with a bus every 10 minutes from north Lake Washington communities to the future Link Light Rail Station in Shoreline, according to Sound Transit. It means more business and transit lanes are needed, and construction could cut through Poage's property.

"We are still in the earliest stage of these conversations and hope that we will be able to reach an agreement with the market that addresses any potential impacts," said a Sound Transit spokesperson in a statement.

"We shouldn't sacrifice something that is so important to the community," said customer Kristen Abboud.

Poage said losing the land could hurt his business and take away his family's legacy.

The SR 522 Bus Rapid Transit (BRT) is part of the ST3 initiative approved by voters in 2016. It will provide fast, frequent and reliable bus-based high capacity transit service every ten minutes from north Lake Washington communities to the future Shoreline South/145th Link light rail station at NE 145th Street and Interstate-5 (I-5). Riders will be able to connect to and transfer between the SR 522/NE 145th BRT, I-405 BRT, Link light rail and other transit services provided by Sound Transit, Community Transit and King County Metro.

To ensure that service is fast, frequent and reliable, the project is funding construction of additional business and transit (BAT) lanes, to complement existing BAT lanes built previously, along the corridor. BAT lanes represent a balanced approach between ensuring business access and reliability for transit riders.

Construction of these lanes will take place in existing WSDOT right-of-way as much as possible, and may also have property impacts, which Sound Transit and partners such as WSDOT and the City of Bothell will work to minimize.

One of the businesses that may be affected by construction is the Yakima Fruit Market and Nursery in Bothell. Sound Transit, in conjunction with the City of Bothell, has begun a dialogue with that business and others to understand the potential impacts that the project may have with the goal of minimizing those impacts. We are still in the earliest stage of these conversations and hope that we will be able to reach an agreement with the Market that addresses any potential impacts.