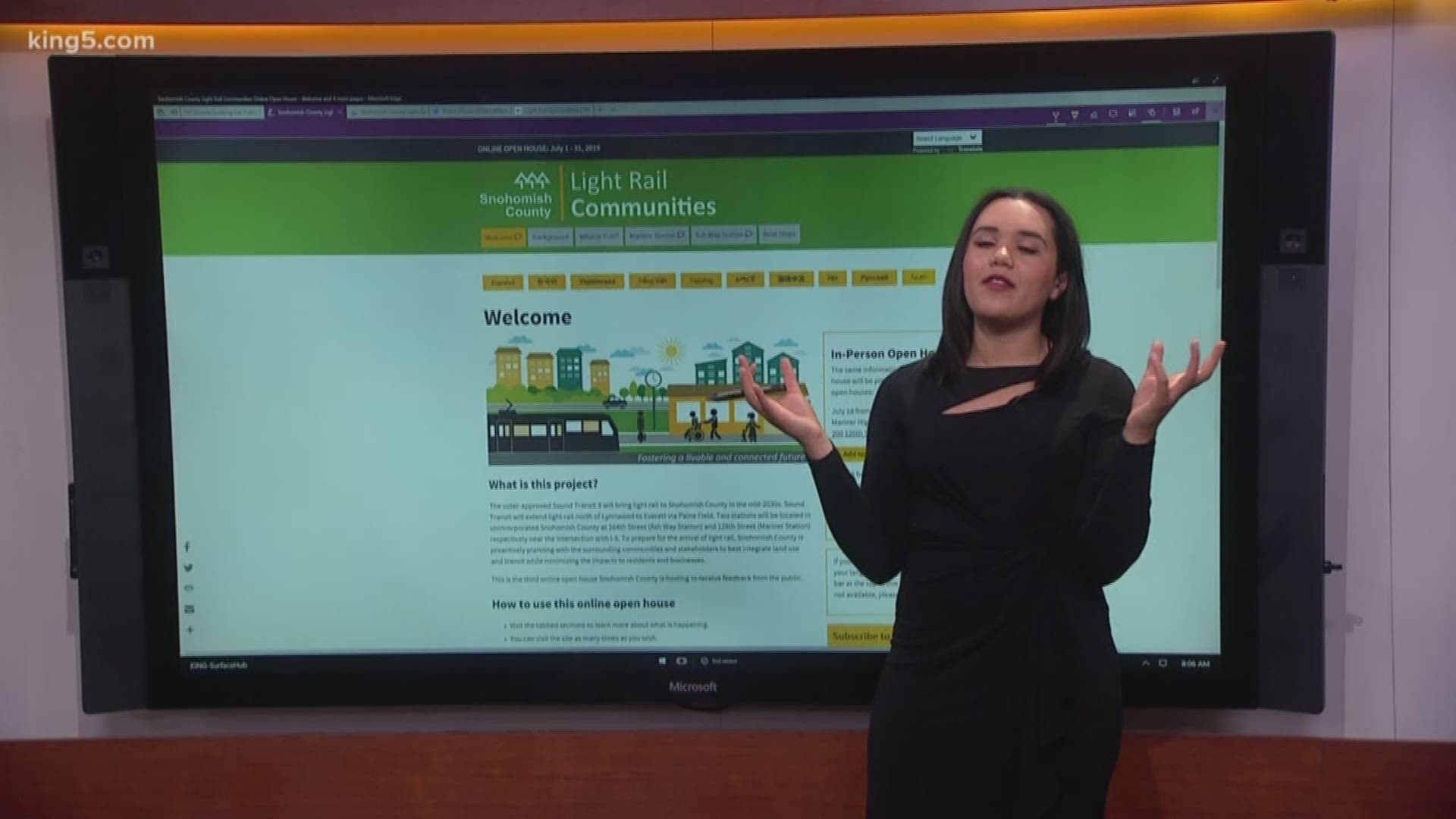 The voter-approved Sound Transit 3 project will bring light rail service to Snohomish County by 2036. Service will extend just north of Lynnwood to Everett via Paine Field.

County officials are hoping to receive feedback about options for two light rail stations in unincorporated areas of the county. Each station has two possible locations that planners with the project are hoping to narrow down.

Officials are considering putting the Mariner Station west of Interstate 5 either on 130th Street or 8th Avenue West.

Credit: Snohomish County
The Mariner station could be located on 8th Avenue West or 130th Street west of I-5 near Everett.

The Ash Way Station could be located on the west side of I-5 at 164th Street Southwest or east of I-5 at the same cross-street.