The US Navy reminded China again, the South China Sea is open to navigation as it sent destroyer USS Barry 12 miles offshore of the disputed Paracel Islands. 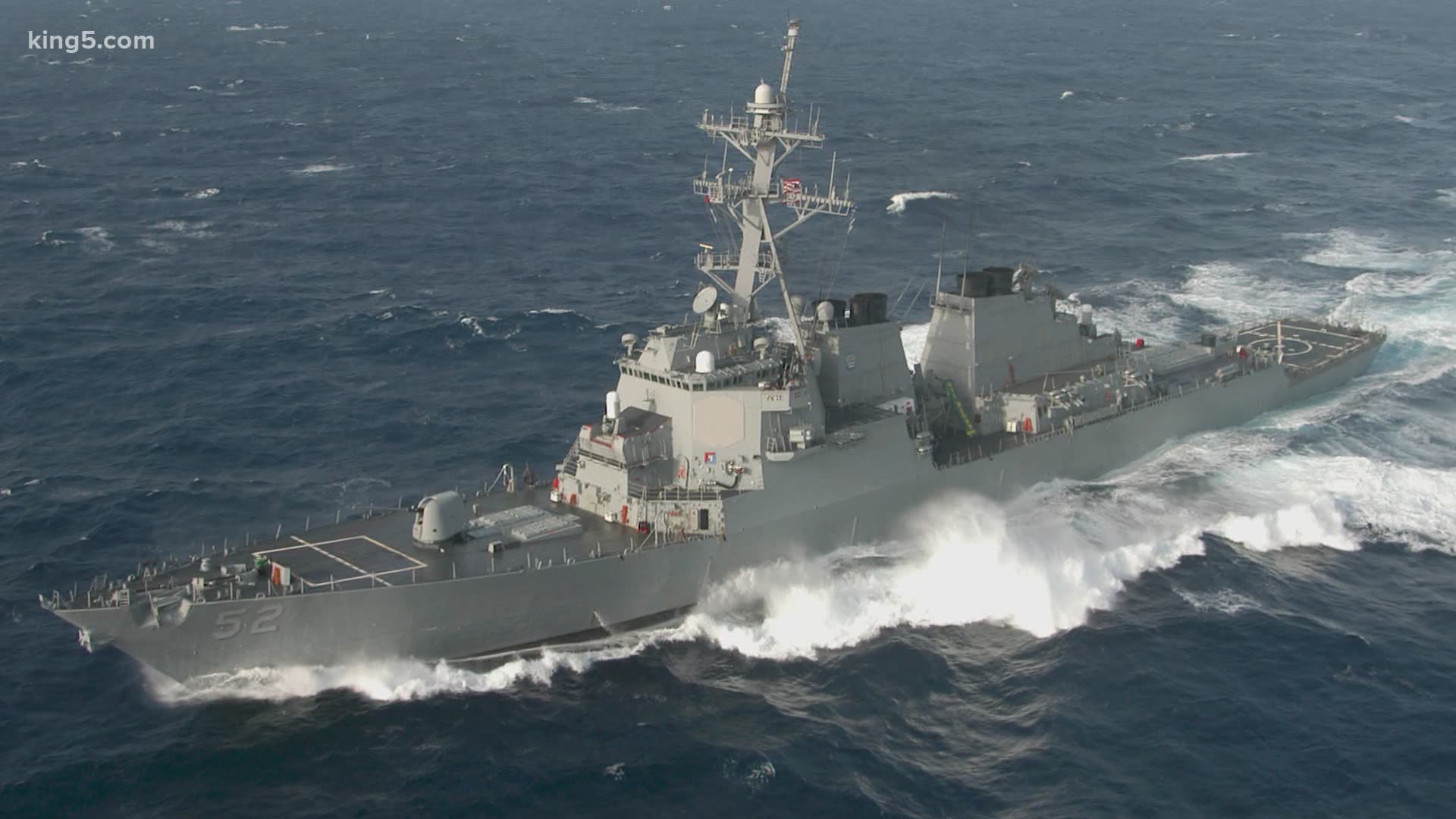 SEATTLE — Washington state hosts a lot of US Navy ships. Two are aircraft carriers and right now the Navy will only say the USS Nimitz is deployed, but won't say where. Could it be in the disputed South China Sea?

Tensions grew this week as once again, the US Navy reminded China that the South China Sea is open to navigation as it sent the destroyer USS Barry 12 miles offshore of the disputed Paracel Islands.

China’s official media says that nation’s military sent the American ship packing. The US Navy said the Barry simply had made its point and kept on sailing. The Barry is based in Japan, but could future Navy moves in the South China Sea involve ships based in Washington state?

The South China Sea, boarded principally by China, Vietnam, Malaysia, and the Philippines, has been the home of a sort of cold war between the US and allies for years.

Those allies include Japan and Australia pushing back at China, which asserts that the big body of water belongs to it. The South China Sea hosts some of the world’s busiest shipping lanes and major reserves of oil and gas are believed to exist underneath it just waiting to be tapped once prices improve.

“This is the fourth or fifth US freedom of navigation operation in the South China Sea this year,” said David Bachman, the Henry M. Jackson Professor of International Studies at the University of Washington.

An expert on China and its politics, Bachman says tensions are building and the current state of the world economy and President Donald Trump’s current drive to blame China for the coronavirus pandemic are making things worse.

“This fits into the big picture for the United States of negative things going on in China. Certainly Hong Kong, certainly the South China Sea, obviously the arguments and fights about COVID-19 and, of course, we signed this trade deal on January 15 where it’s quite clear that China won’t be able to fulfill that trade deal," explained Bachman.

Protests have flared up in Hong Kong again, as the central government under President Xi Jinping renews its push for laws that would force more control over the semi-autonomous region that was a British Colony until 1997. Tensions are spreading around the region.

“The Chinese just sunk a Vietnamese fishing vessel. They continue to harass Malaysian oil exploration vessels. There’s little doubt in my mind that the Chinese continue to push the envelope,” said retired four-star US Army General Barry McCaffrey who lives in Washington state and is a military consultant and commentator for NBC news. “I do not think they are actively considering confronting the US Navy freedom of navigation exercises.”

“There is a lot of posturing,” said McCaffrey. “They now have 27 military outposts in the Spratlys and the Paracel Islands.” The Chinese have created a series of artificial islands complete with runways and harbors.

McCaffrey doesn’t think the US will maintain an aircraft carrier in the South China Sea if a hot war ensues, because of the risk of shore launched anti-ship missiles.

But clearly the nation’s carrier fleet, including the USS Theodore Roosevelt are spending time there and sending messages. The Roosevelt making a visit to Vietnam in early March.

The US Navy bases two large carriers in Washington state that now include the USS Carl Vinson and the USS Nimitz. The Navy will only say that the Nimitz is currently deployed.

RELATED: WHO bows to calls from countries for independent virus probe

The economic superpowers of the US and China are intertwined.

Washington is not only a major port that handles cargo heading into and out of the US, but China is also Boeing’s biggest national customer for new aircraft and has even hosted China’s President Xi in its factories.

Professor Bachman says that economic relationship is at risk.

“We have a slow-motion effort to separate these two economies,” said Bachman. “It will be quite painful for both sides.”