A video of Cinder-Block, the fat cat who hates her workouts, went viral over the weekend. It turns out, she is hitting the gym in Bellingham, where she lives. 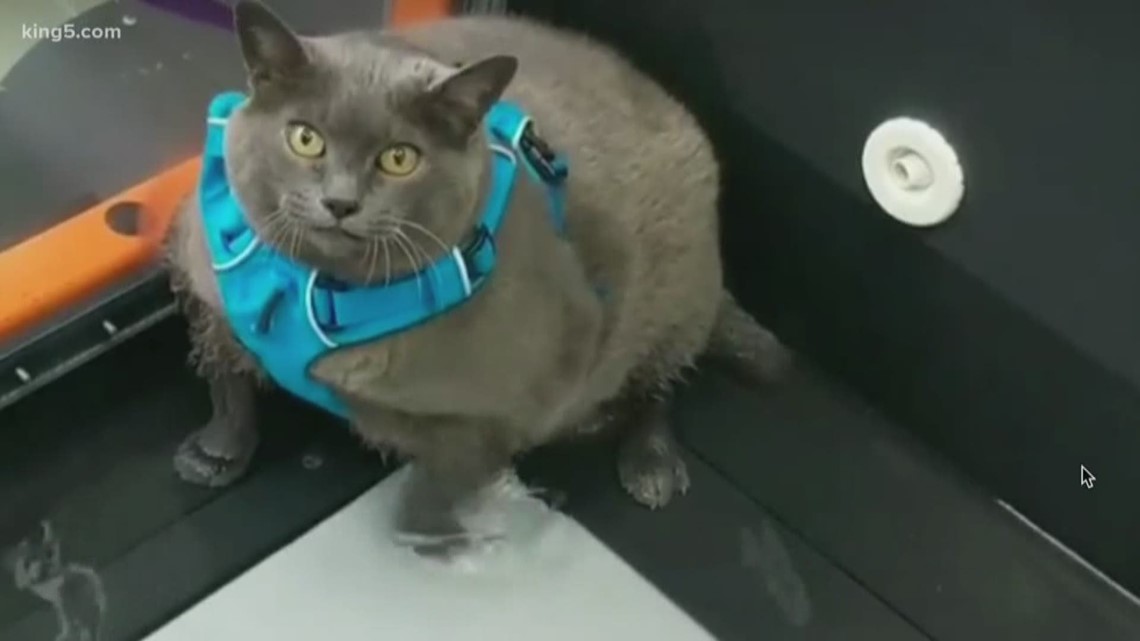 SEATTLE — A fat cat from Bellingham stole the hearts of the country over the weekend after video of her protesting her routine treadmill workout went viral.

Cinder-Block is an obese cat who apparently hates working out just as much as some humans.

“Cinder is an obese cat who has become famous on the internet because she didn’t want to partake in the underwater treadmill exercise that we had planned for her,” said Brita Kiffney, with Northshore Veterinary Hospital in Bellingham.

In the video, Cinder-Block sits at the back of the treadmill and only uses one paw to touch the treadmill as it goes by her, all the while looking directly into the camera and meowing in disgust.

Northshore Veterinary Hospital
Thanks for all the attention. I'm eating it up 😄😼♥️ #cinderblock #biggirl #bodypositive #safeweightloss #felinespecialist #abvp

Cinder-Block is currently in the care of Northshore Veterinary Hospital and is under a strict workout regimen to help her lose weight.

“She has since done a little better and we plan to just gradually increase the time she spends on the underwater treadmill,” said Kiffney.

Cinder-Block was all over the internet this weekend, with headlines on The Huffington Post, CNN, and Buzzfeed, to name a few.

While Cinder's workout brought humans a lot of smiles and laughs, Kiffney is reminding pet owners that obesity in pets should be taken seriously.

"Obesity is a real epidemic in our pet population," said Kiffney, citing that 60% of cats in North America are obese or overweight.

The Association for Pet Obesity Prevention (APOP) is a non-profit committed to helping fight pet obesity and they offer information on their website about what pet owners can do if they think their pet may be reaching obese levels.