New safety measures are in place since December 2017, when the first passenger train on the newly opened track derailed. 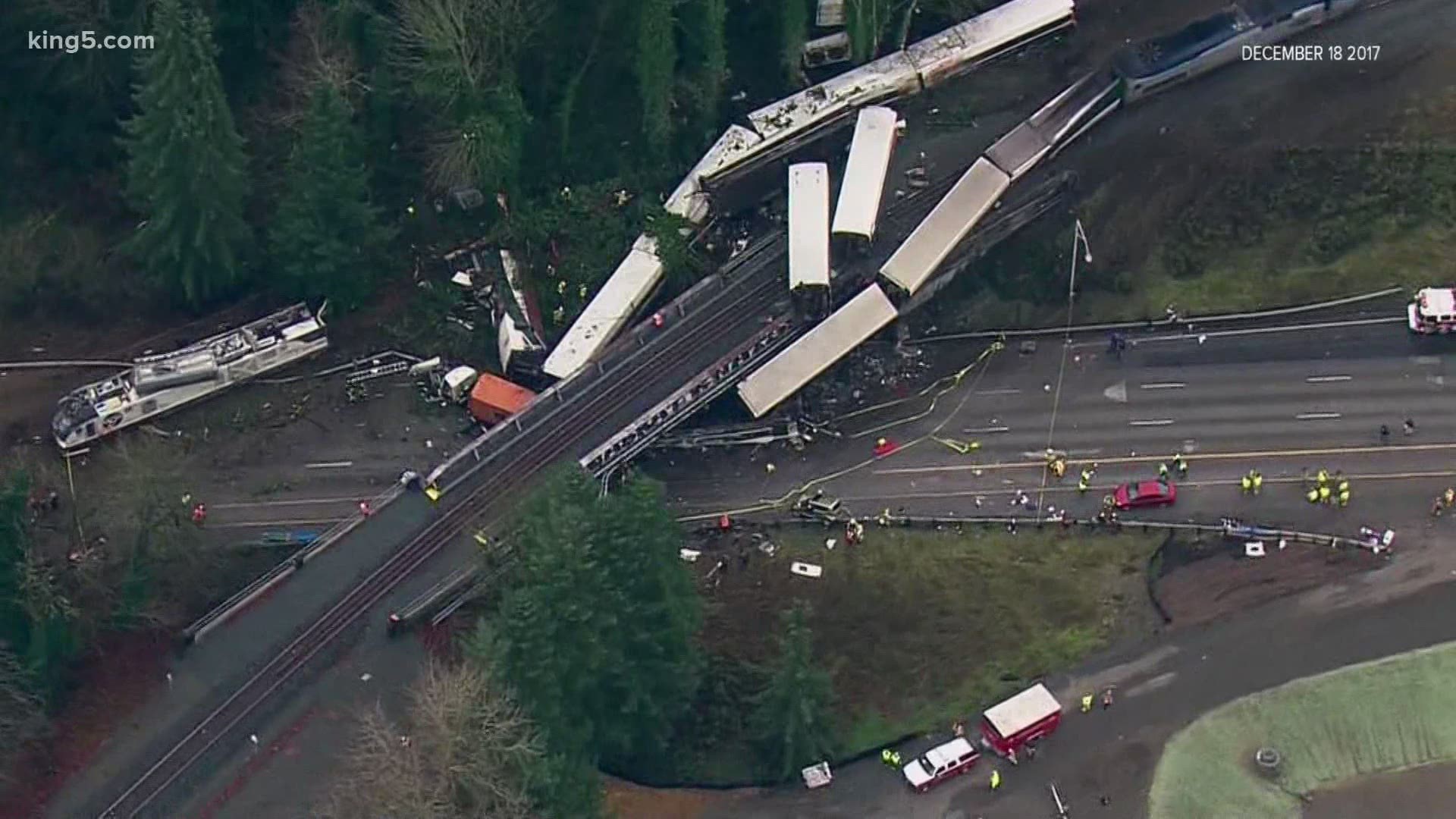 The 14-mile route, which runs along the west side of Interstate 5, from south Tacoma through Lakewood and DuPont, was created to improve the Amtrak Cascades line between Seattle and Portland.

But during the first passenger run in December 2017, a train plunged onto I-5, killing three people and injuring dozens.

RELATED: Amtrak train was 50 mph over speed limit before crash

Sound Transit, which owns this section of the track, says there have been a number of safety measures installed along the route since the derailment.

”I think the biggest one is, is the positive train control system that is now activated throughout the system and this is a computer system that if the operator does not slow the train down when it's needed, the computer will do it automatically,” said Scott Thompson of Sound Transit.

Thompson says signs have been installed along the route letting conductors know about the speed reduction ahead of the curve along the bypass.

According to the Washington Department of Transportation, since the derailment, Amtrak developed and is implementing a Safety Management System that includes proactive identification and mitigation of risks, expanded crew training and redesigned safety training courses.

”Trains will start going out rather slowly but eventually will ramp up to 79 miles an hour, which is the top speed. They can run through portions of the bypass,” said Thompson.

Thompson says the process to get passenger trains back on the tracks will take several months, comprised of different testing phases.

Thompson says the current window of reopening is late summer or early fall of 2021, a timeline that could change.

”We're being very diligent in our safety process and making sure that everything is done, as it is supposed to be,” said Thompson.

Sound Transit is encouraging drivers passing through the area to be aware of the testing, as police will likely be in the area and signal crossings may be down.