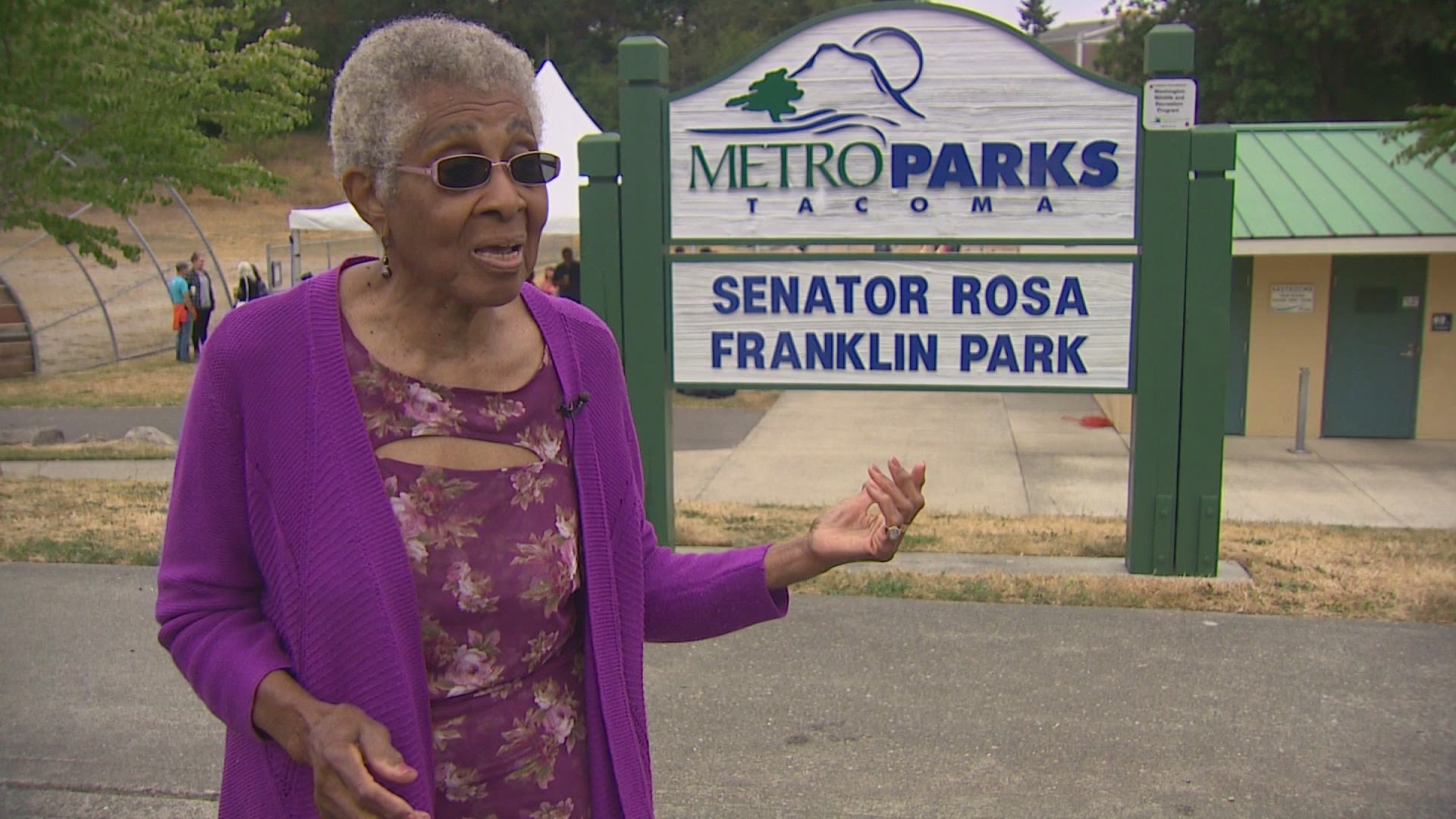 TACOMA, Wash. — Metro Parks Tacoma has officially renamed the park next to Franklin Elementary School after Rosa Franklin, the first Black woman to serve as a Washington state senator.

The park was originally named after one of the country's founders -- Benjamin Franklin.

A champion of health equity and housing, Franklin’s career highlights include the Washington Housing Policy Act and the Governor’s Interagency Council on Health Disparities.

But Thursday's ceremony wasn’t just about Franklin's work in the Legislature.

Speakers like Tacoma Mayor Victoria Woodards commented on how vital Franklin’s presence was for many policymakers, especially for Washington’s Black female politicians.

Washington State Senator T’wina Nobles also shared how important it was to see Rosa Franklin, because it showed her what was possible.

“It is so important to see representation,” Nobles said. “It allowed me to not only be inspired by her story, it let me know that one day, I could be a state senator. Being a senator now, I know how complex the work is, so I have even more admiration for her because I know what it takes to exist in this space. But to see her come before me made it a reality, and allowed me to see myself there or know that I could one day serve my state.”

After a lifetime of public service, Franklin said she’s confident in what comes next.

“I have great faith in the future because I look back at our history, and I know where we came from,” Franklin said. “So without hope and faith, you’ll never make it.”

But Franklin also said she’s still got work to do.