Skagit County firefighter responds to call at his own farm

Morrison Farms in Mount Vernon has been in Lt. Morrison's family for five generations dating back to before Washington was even a state. 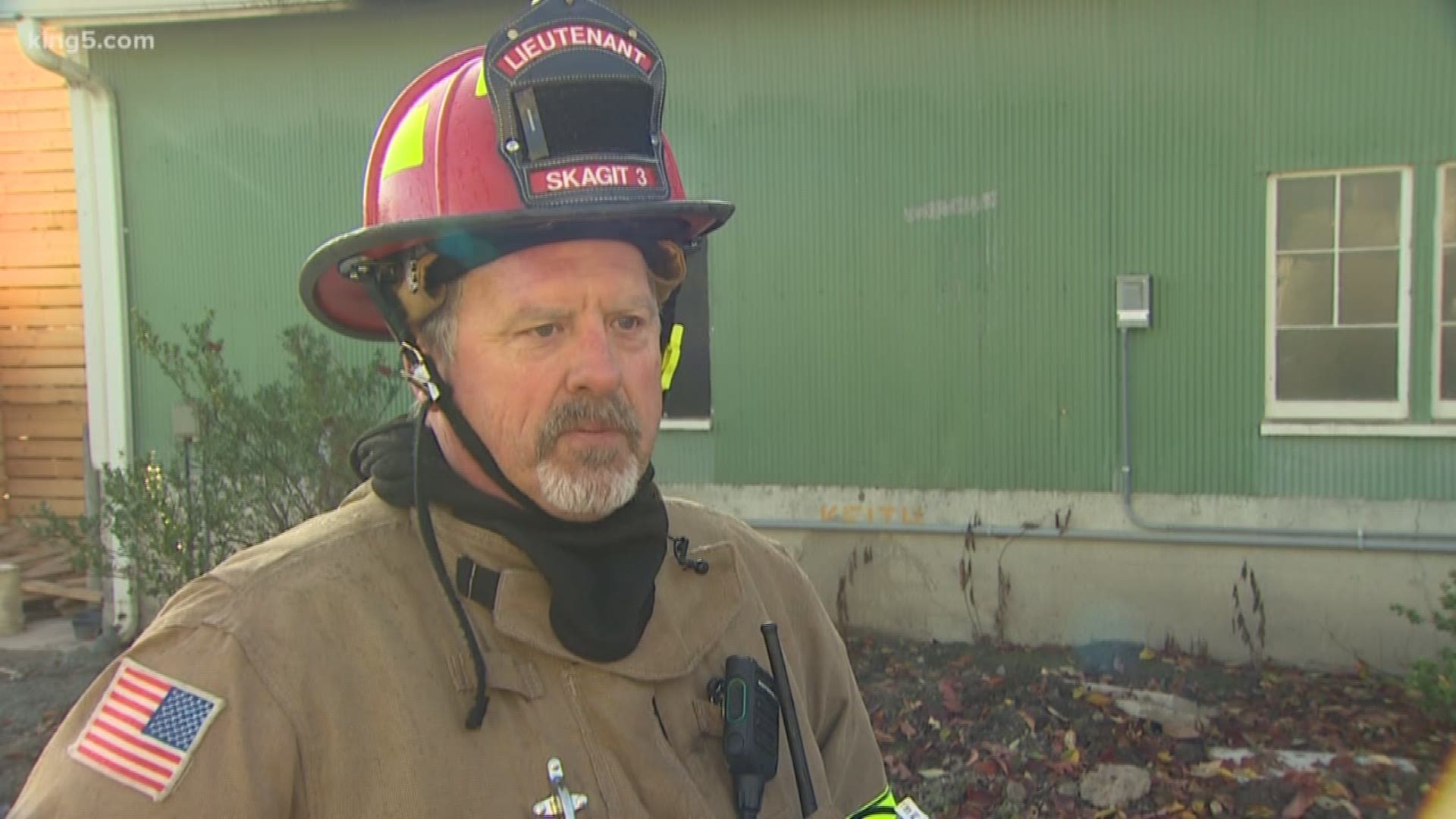 MOUNT VERNON, Wash. — Firefighters in Skagit County had their hands full Friday as they worked to save a property of one of their own members from going up in flames.

When the fire broke out early Friday at Morrison Farms, Lt. Darrin Morrison was first on the scene.

"I was in full battle mode at that point," he said. "My pager went off right before I left the house and it had my own address on it."

The Mount Vernon property has been in his family for five generations and was founded by Morrison's great grandfather. The farm dates back to before Washington was even a state.

"There's deep family heritage. That's not lost, obviously, but it's a setback. A punch to the gut" said Lt. Morrison.

Firefighters initially couldn't get inside the building, so one of them fired up the farm's forklift and forced the roll-up doors open.

"You probably wouldn't see that in Seattle," chuckled Public Information Officer David Skrinde. "A lot of our firefighters are volunteers and they come from the farming community and such."

Morrison's daughter-in-law, Morgan, said the family has a saying: "We don't call 911. We are 911." But Morgan did say when they did call, they knew they were in good hands.

The damage was kept to a minimum and a few special keepsakes were salvaged by friends in fire gear.

"This is a family farm. It's in our DNA. I married into this farm so just to have those little things, it means a lot," said Morgan.

"I've never been through a fire, I've been in fires," said Lt. Morrison. "It's a different side of the fence, so to speak, so I know what they feel like now. I can't be thankful enough. I know now what it's like to have that gratitude toward those guys."

Investigators are still trying to determine the cause of the fire but said at this point it doesn't appear to be suspicious.