The Sunday Night Football Grill made a stop in Washington and served up dishes to Virginia Mason staff and Renton firefighters. 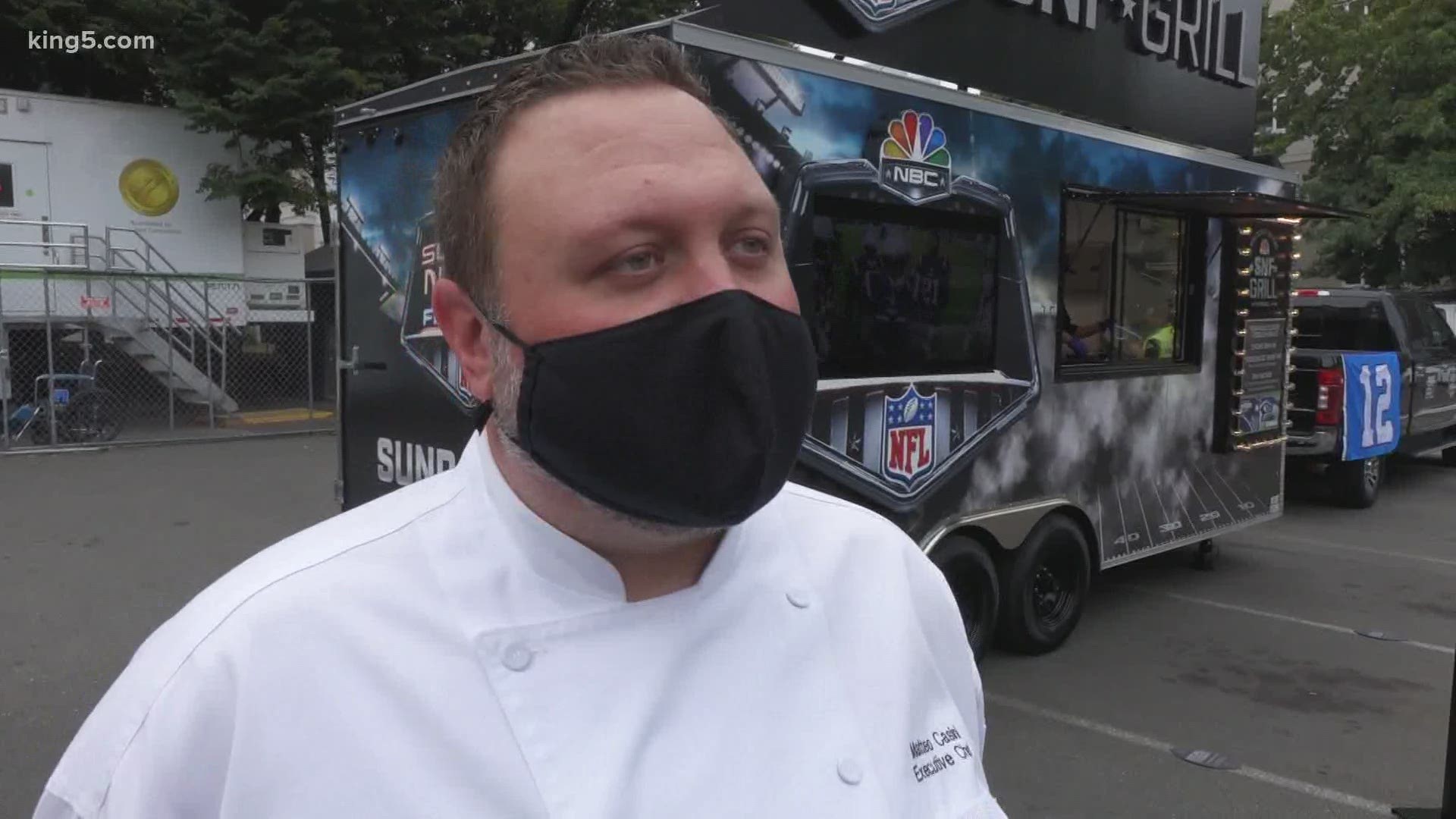 The usual fan experience outside of CenturyLink Field won’t happen this weekend, but NBC’s Sunday Night Football team mobilized a unique effort to bring a taste of the game day experience to the people who deserve it most.

The SNF Grill is traveling the country and stopped in Seattle and Renton on Thursday to feed medical workers and first responders.

NBC Sports and the Sunday Night Football team will take the grill across the country for the first half of the NFL season. Seattle played host this week as the Seahawks prepare for the New England Patriots on Sunday night.

RELATED: What can we expect from the Seahawks this season?

The authentic game day menu was served up by Executive Chef Matteo Casini and his First & Goal team who prepare the food at the stadium. The menu included favorites like the Pacific Northwest nachos with Dungeness crab and Beecher’s cheese to vegan cauliflower tabbouleh salad.

Lunch was served for the busy staff at Virginia Mason in Seattle, and dinner was a treat for the firefighters at Renton’s Station 11.

Casini says his team was honored to feed the frontline workers and was excited to offer these dishes exclusively to their honored guests.

“They’ve been through so much over these past six months plus, and they need to be spoiled a little bit. So if they can’t come to the stadium and enjoy a game right now, we’re gonna bring the experience to them.”