Dimitriou's Jazz Alley reopened after being shut down for more than a year. The venue was able to bring back half of their employees. 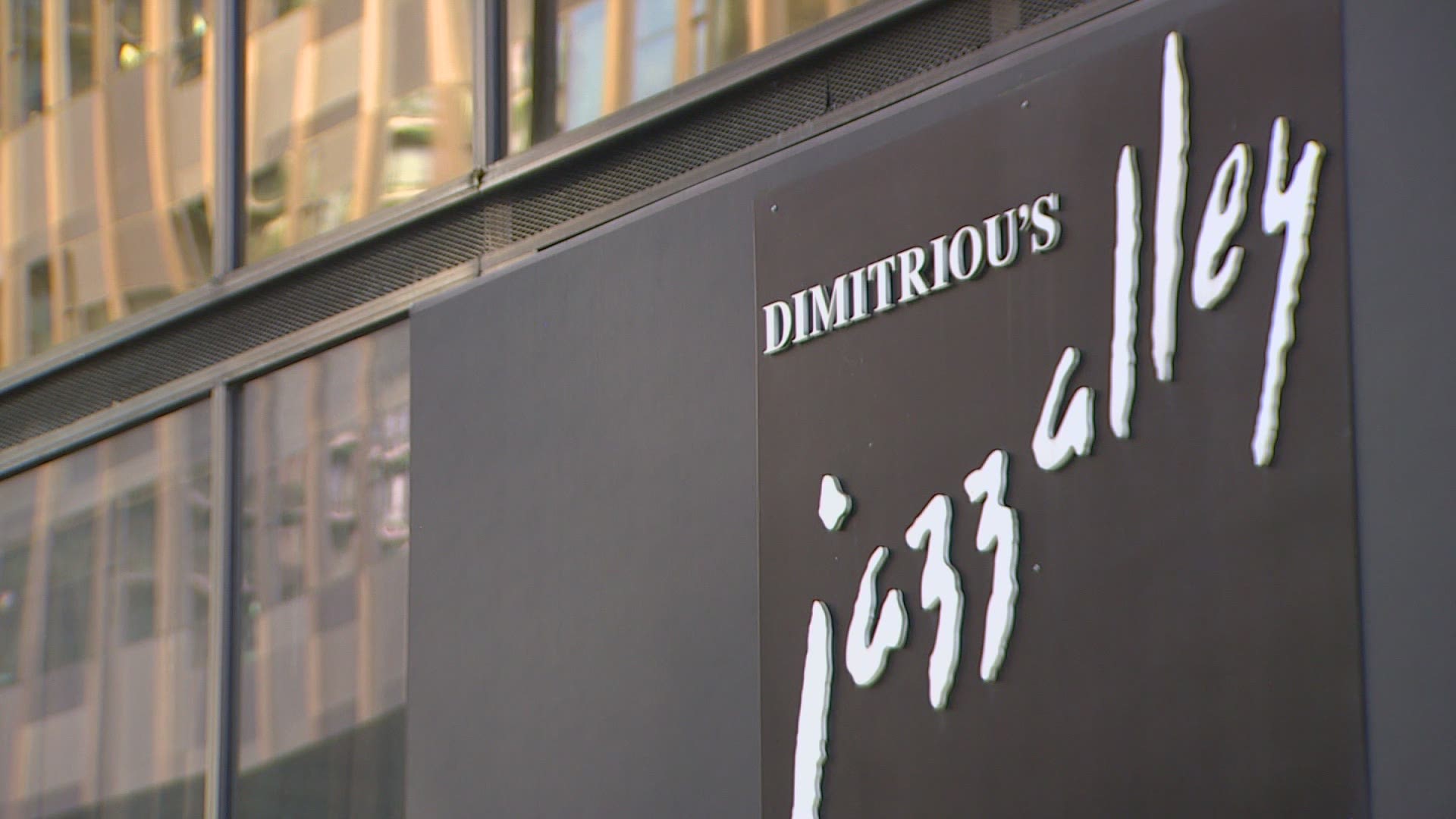 SEATTLE — Seattle's music venues are making a comeback after 15 months in the dark.

More than a year later, the corner of 6th Avenue and Lenora Street is rocking again.

"We’ve been closed for 15 months so there’s been a lot of atrophy that we’ve had to account for," said Dimitriou.

Jazz Alley’s doors were closed for its 40th anniversary. On Thursday, music  was finally played for a crowd eager to be entertained.

”I think it’s been pretty profound, a creative outlet, art, and music, those are essential, we need those to heal and just be people," said Dimitriou.

Dimitriou says he had to lay off 65 employees at the start of the pandemic. He’s since been able to bring back half of those employees.

While the doors were closed, the music joint made several Covid updates. Plexiglass dividers were installed, HVAC upgrades, and air purifiers were added.

"It’s been a lot of work, so I think it’s paid off," said Dimitriou.

Jazz-lovers will only fill up half of the space. Fifty-percent capacity rules are still in effect until the state’s expected reopening June 30.