Neighbors said they have been complaining for days that the landlord did not clear out the trash chute and other debris in the apartments. 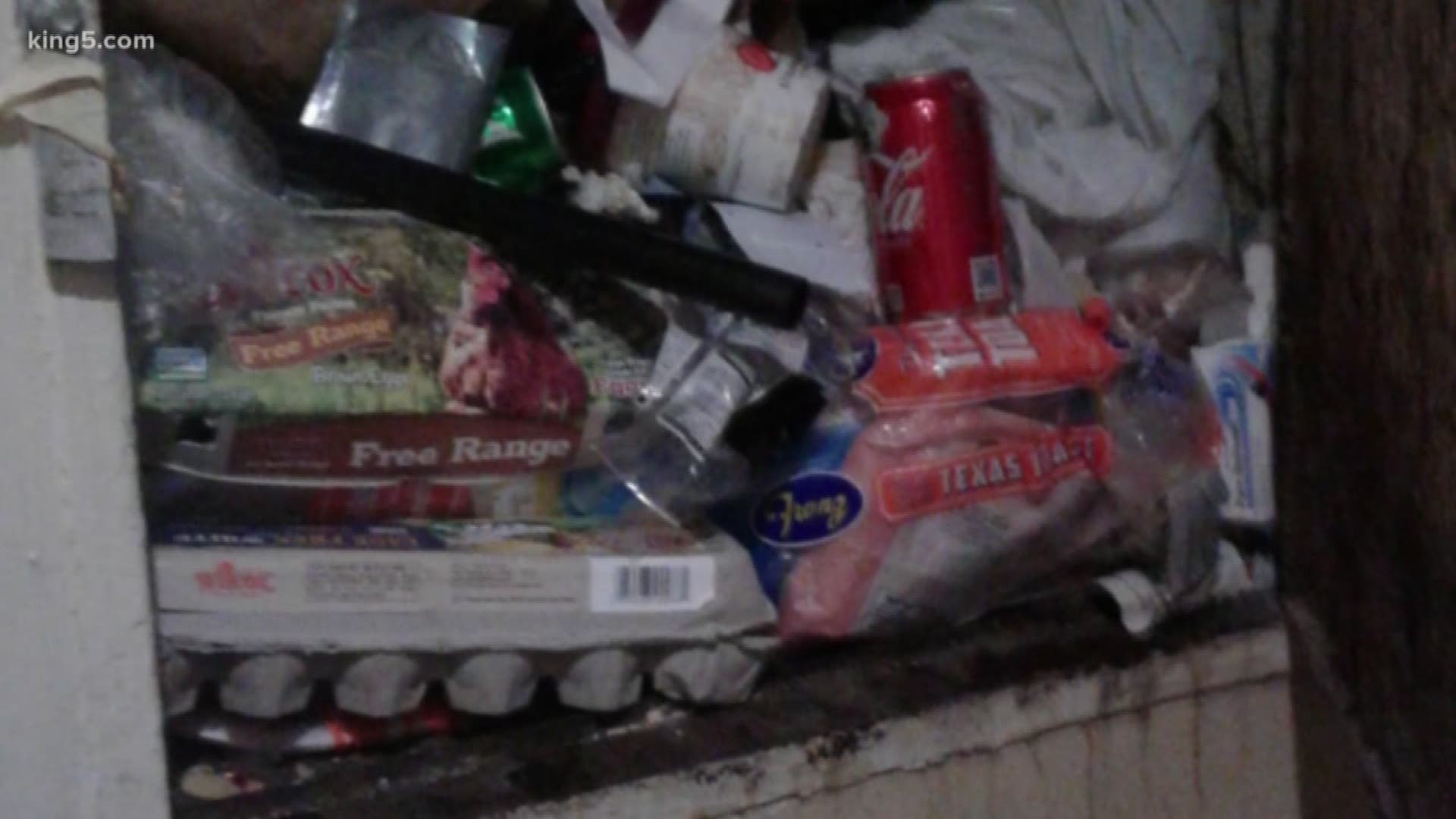 The Seattle Fire Department has determined that a clogged trash chute was the source of a fire that forced the evacuation of dozens of people from a high-rise.

Evacuated residents at Addison on Fourth said they have complained for several days that the landlord failed to clear the chute.

“This is just not healthy for anyone to live in this condition,” said Heidi Merritt, a resident who evacuated the building on Tuesday afternoon.

Merritt said the building had garbage piling up in stairwells, abandoned couches laying around and needles littering the halls.

“It was sick, disgusting,” said Marian Rhodes, who lives down the hall from Merritt.

David Cuerpo, a spokesperson for the Seattle Fire Department, said a spark was found in the clogged chute on Tuesday after a routine call for a fire alarm.

When crews initially arrived, they believed it was an alarm malfunction. After a search, firefighters found embers in the chute.

Cuerpo said it took some time for the firefighters to clear the chute, which was at least a couple stories high, and that they had to dodge other garbage in the hallways.

This was the second incident at the apartments in 24 hours. The Seattle Fire Department was dispatched late Monday night for another incident in a stairwell.

Seattle fire records show the building had three notices of violations in 2019, although the nature of those violations was not immediately clear.

Natalie Quick, a spokesperson for GRE issued the following statement: “Our first priority is always the safety and security of our residents and we are fully cooperating with the City and Fire Departments as they investigate the recent fires at Addison on Fourth. In response to the resident question regarding the trash compactor, daily trash pick-ups (instead of weekly) have been and will continue to be in place until the new trash compactor, which has been ordered, arrives.”