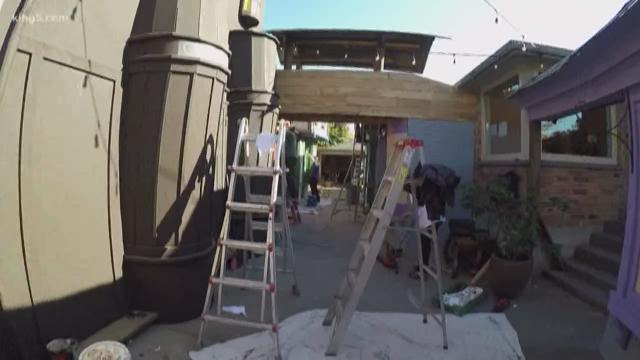 A popular attraction for Harry Potter fans in Seattle is closing soon.

The replica of the main street featured in the Harry Potter series is in the Whittier Heights neighborhood, northeast of Ballard.

After a successful extended run through the holidays, it will be closing to the public on January 19.

Jon Chambers, the creator, is planning to donate the exhibit to Camp Korey in Mount Vernon, which supports families dealing with childhood illness and serious medical conditions.

A replica of Harry Potter's Diagon Alley is built in a Seattle driveway. (Credit: KING)