The move comes several years after Seattle spent millions on a public toilet project that turned into drug dens. 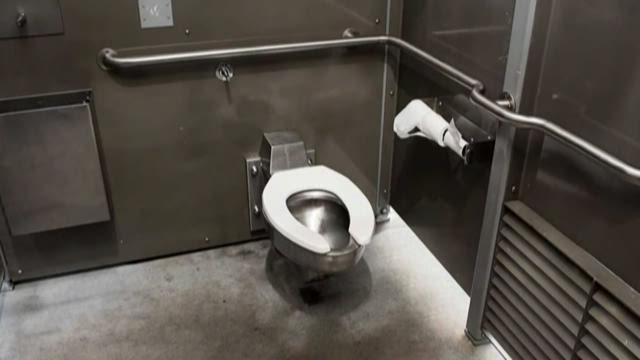 Seattle will install public toilets in Ballard and the University District by the end of the year, each of which will cost at least $100,000.

More than a decade ago, the city spent $5 million on state-of-the-art self-cleaning potties and then saw the facilities become a hotbed for illicit activities. They had to scrap that project and sell the toilets on eBay.

It was an embarrassment that city leaders said they don’t want to repeat, and that’s why they’re moving slowly on a new plan to put a few public toilets in two neighborhoods. The city says it agreed to support the project after being approached by residents in Ballard and the U-District who were frustrated by public urination and feces on the streets.

“We acknowledge that was a failure, but that problem hasn't gone away,” Gary Johnson with Seattle’s Office of Planning and Community Development said.

Johnson admits going forward on the project took some guts.

“It was hard, and I've got to say I credit the city with a willingness to re-engage with these neighborhood concerns and not just say ‘been there done that,’" Johnson said. "Politically that failure was difficult, and we're not going there again.”

The city of Portland said it studied Seattle's failure to come up with the design for the “Portland Loo” and community members like Ruedi Risler say Seattle can redeem itself by bringing that design here.

“You can see if there's people inside, you can see how many people are inside and you might be able to see what they're doing but not really the details,” he said.

The loo structure costs $100,000, and then there's cost for transportation and installation. They are studying the chosen locations in Ballard and the U-District to come up with a final cost to install the building and the plumbing.

Maintenance will likely be the biggest cost in all this, and they're getting bids to see how much that might run. They are hoping if things go well, they could eventually put more of these around the city.

Risler spent months walking the neighborhoods, talking with people and looking for the perfect spot near the University of Washington.

Risler said many businesses in the area are frustrated at having to clean urine and feces off the streets on a regular basis.

“People have to go and they'll go somewhere” he said.

The two committees that worked on the issue believe the location across from the UW campus near Northeast 43rd Street and 15th Avenue Northeast could be just right. With the campus and light rail stations nearby, he thinks the “U-loo,” as they're calling it, will be used by a wide variety of people. He pointed out that those light rail stations don't have bathrooms.

“You have to go and there aren't public restrooms; it's a shame we don't have any,” Risler said.

Johnson says the city has spent countless hours looking at the issue and he even went down to Portland.

“They’re working really well," Johnson said. "I’ll confess to having gone down and sort of staked out and I’m really impressed.”

Johnson and Risler hope people give the toilets a chance to succeed.