A report commissioned by six business associations found that inefficiencies in Seattle’s legal system forces taxpayers and crime victims to pay the consequences. 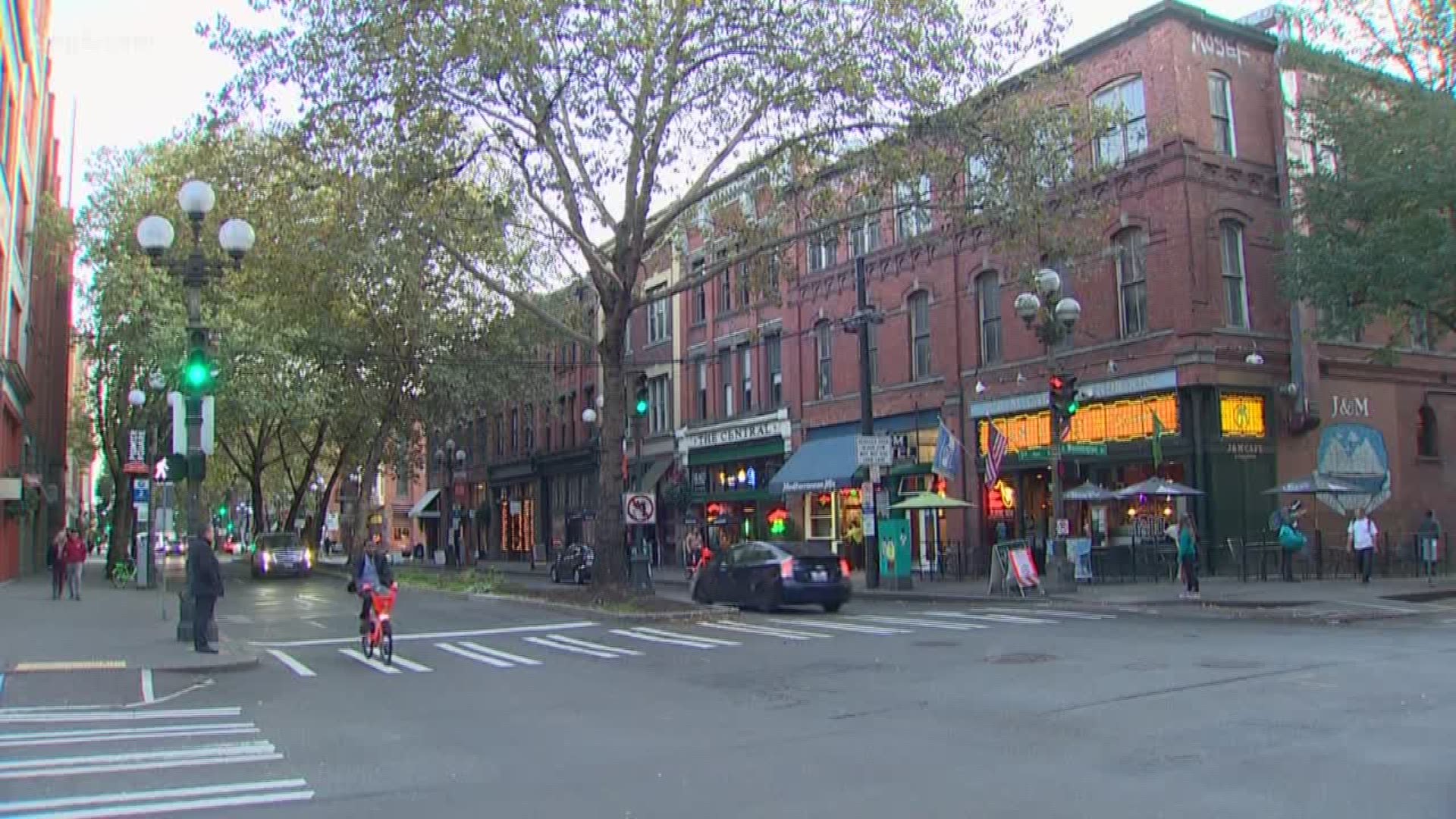 SEATTLE — The Seattle City Attorney’s Office declined to file charges in nearly half of non-traffic-related criminal cases, and of the cases it does charge, 42% did not have a meaningful resolution.

Those are the major findings from a "System Failure" report released Monday that was commissioned by six Seattle business associations, including the Downtown Seattle Association, Alliance for Pioneer Square, and Visit Seattle. It was authored by attorney Scott Lindsay, who previously worked in the Ed Murray administration and for Seattle city attorney in 2017.

“The System Failure reports are an attempt to force a conversation about the undeclared crisis in Seattle’s criminal justice system,” the report read.

In 2017, the City Attorney’s Office filed 54% of non-traffic criminal cases referred by police, according to city data cited in the report. And that number is declining. Between 2007 and 2017, the percentage of cases prosecutors decided not to file rose from 17% to 46%.

The report blamed part of that change on misdemeanor cases where the suspect was out of custody; in those cases, the attorney’s office filed charges 35% of the time.

If the prosecutor’s office does file charges against a suspect who’s not in custody, that person will also likely be on the street longer. On average, prosecutors take at least six months to file charges for out of custody suspects compared to the two-day deadline for suspects who are in custody, according to the report.

“These delays allow repeat offenders to commit multiple new crimes while older cases stack up without prosecution,” the report found.

Of the 7,081 cases that did get charged in 2017, the report found 42% had “no meaningful resolution” by August, meaning they were dismissed with proof issues or for reasons of incompetence, or they remained pending.

"I think a lot of people assume that this report would point to and ask for higher rates of incarceration and that's not true," said Lisa Howard, the executive director of the Alliance for Pioneer Square. "What we're asking is for resolution of cases and for the victims' voice to be heard."

This report follows an initial System Failure report commissioned by the business associations in February that analyzed crimes by repeat offenders. That report looked at a sample of 100 prolific offenders and found the city was “failing” to manage the chronic homeless who are also repeat criminals.

"Nothing has changed since these issues were flagged in the business associations’ first report: it would take at least an additional $2 million per year for enough prosecutors and staff to consider all cases for filing within 48 hours of receipt, and seeing the cases through to disposition," said Seattle City Attorney Pete Holmes in a statement Monday. "I'd welcome the input of anyone wanting to develop a strategy for how to best increase funding for my office - hopefully this funding would be coupled with sufficient resources for Courts to fashion remedies that best minimize recidivism, substance abuse, and mental health issues."