A group of Seattle civic leaders say there is data to back up the idea that a group living on the street is responsible for an unusually high level of crime, and that the system to prevent it is failing. 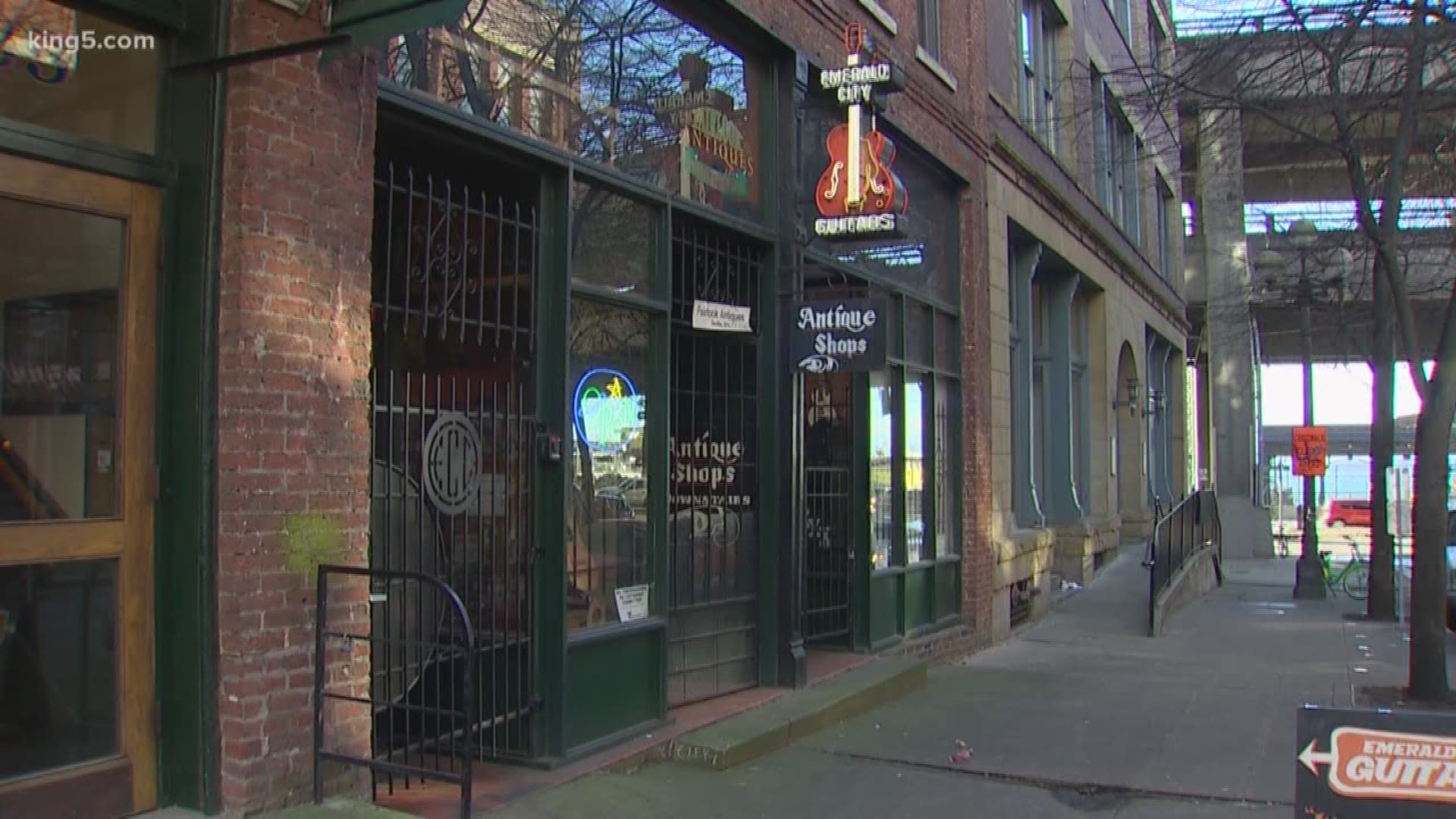 The City of Seattle is failing at managing the chronically homeless who are also prolific criminals. That’s according to a new study released by the leaders of different business improvement districts, and written by a former Mayoral public safety adviser.

The “System Failure” report was written by Scott Lindsay, who worked in the Ed Murray administration and ran for Seattle City Attorney. He cited the records of 100 ‘prolific offenders’ tracking their histories over the past 12 months.

Lindsay’s report shows the 100 ‘prolific offenders’ are responsible for more than 3,500 criminal cases and are often released from jail after midnight when services are hard to find.

Leaders from the business improvement areas for Pioneer Square, Chinatown/International District, SODO, Downtown, Ballard, the University District, and Seattle’s tourism industry all helped to commission the study and say it has led to a spike in crime and concerns for public safety.

“Safety is an issue - and we've got a number of chronic individuals that are causing issues around the city,” said Tom Norwalk CEO of Visit Seattle.

Norwalk was one of the multiple leaders who sent a letter to the Seattle Mayor, Council, City Attorney, and Police Chief outlining the concerns in the report.

The letter reads, in part, “It is clear to us that the justice system is not meeting its obligation to protect public safety in our communities. We fully support a policy that includes alternatives to incarceration and access to behavioral health treatment, but for that system to work there must be accountability for outcomes within the justice system and for the people who continue to repeatedly cause harm in our communities. This report clearly indicates that accountability is missing.”

“We need help, I have businesses broken into every single night,” said Erin Goodman, of the SODO BIA. “Something has to change.”

Goodman says crime is up 31 percent this year in SODO because of the concerns listed in the report.

Seattle City Attorney Pete Holmes is not disputing the facts in the report.

“This report confirms what we already know - nearly all prolific offenders commit crimes rooted in mental health and/or chemical dependency issues. There’s little question that without direct intervention and enhanced investment in mental health, chemical dependency treatment, and housing options, this population is extremely likely to re-offend upon completion of their respective sentences. Few would argue the traditional criminal justice system is the best way to remedy these underlying issues, which is why we’re invested in the King County-led Familiar Faces Initiative and Vital pilot program, created to address the behavior of the region’s most frequent offenders," said Homles.

"These business improvement organizations raise legitimate concerns - to have a person harm their business or employees, serve their sentence, then return to commit that same crime again is as dispiriting as it is alarming. This report makes no recommendations, but whatever the next step, this is a conversation that must include our King County government partners as well, in that they lead the region’s coordination and investment in mental health and addiction treatment,” Holmes continued.

Seattle Mayor Jenny Durkan, who had not seen the report before a meeting with reporters, acknowledged that she'd heard the concerns.

“When we see that there are areas of this city that see an uptick, we've got to deal with it,” Durkan said.

“It's not her fault. She's the person in charge of this city with the stature and the experience to have an impact - and we immediately need mitigation,” said Goodman.

Anita Khandelwal, the director of the King County Department of Public Defense, said in a statement:

“A report issued today by several neighborhood districts in Seattle underscores the complete inefficacy of the criminal legal system in addressing homelessness and behavioral health issues. It underscores the fact that we continue to criminalize mental illness and homelessness, when in fact we need a new approach – one that provides meaningful supports for people in our community who are struggling.”

“The report fails to recognize the humanity of the people it profiles, most of whom are our clients. At the same time, by showcasing the failures of the system, it reinforces what we know: Our clients are harmed by incarceration, and our community needs to provide them with housing and services.”

The report came on the same day when the City was touting positive changes in the homeless response, and that exits from homelessness to permanent housing were up 30 percent. It also helped hundreds of new clients get out of the snow and cold earlier this month, and get introduced to services for the first time.